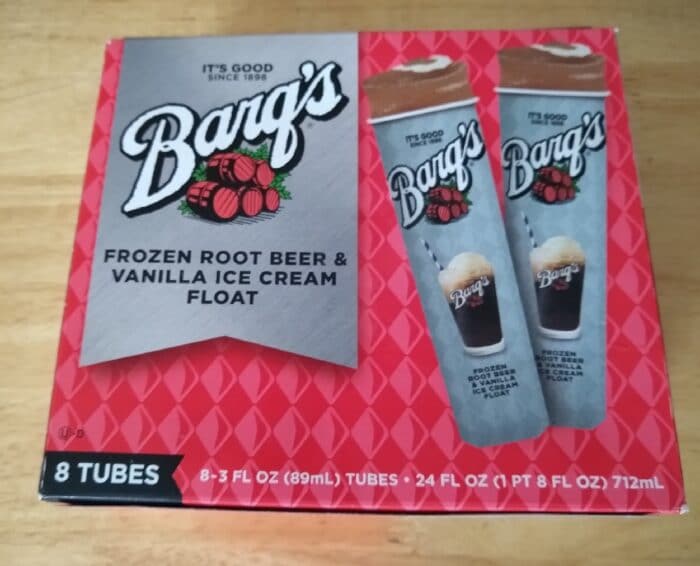 When I was a kid, my town had an A&W restaurant. They sold hot dogs, burgers, fries … and, of course, root beer. You could get root beer in a frosted glass mug, and you could also add ice cream to it, making for an outstanding root beer float.

The box calls them a Barq’s Root Beer and Vanilla Ice Cream Float, and they’re an Aldi Find, which means they’re only in stores for a short time. They run $2.99 for a box of 8 tubes, or about 37 cents a tube. We found them in the frozen section, and they should be kept in the freezer when you get home.

Each tube is about 3 ounces. They’re tapered, with a flat end at the bottom and a round opening at the top. The top is covered with a thin plastic cover that you peel off. 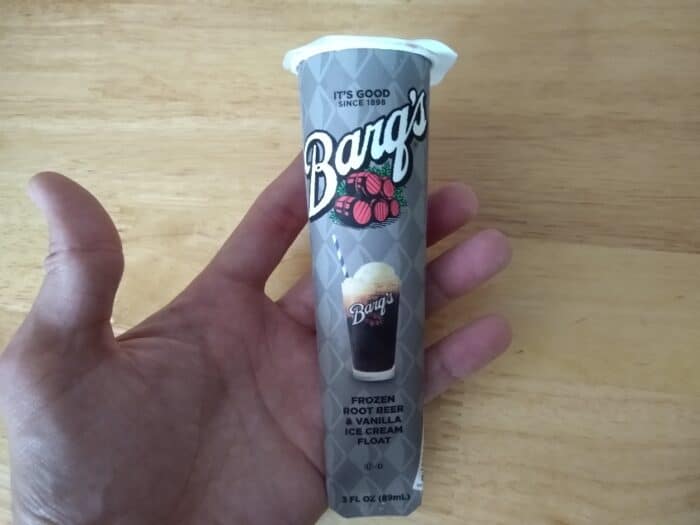 To eat, you slowly push the frozen concoction up from the bottom of the tube. It slides pretty easily, and while we can’t make any promises with kids, most adults should be able to eat these without too much mess. It gets maybe a little trickier as you get toward the bottom of the tube, since you have to push the remains up almost like a toothpaste tube, but as long as you’re not too reckless you should be mostly okay.

They tasted decent. The tubes certainly have the flavor of ice cream and root beer. The problem, of course, is that they’re not carbonated, so that bubble you get with a true root beer float isn’t here. Instead, you get the caramel-like flavor of root beer and the vanilla flavor of vanilla ice cream. 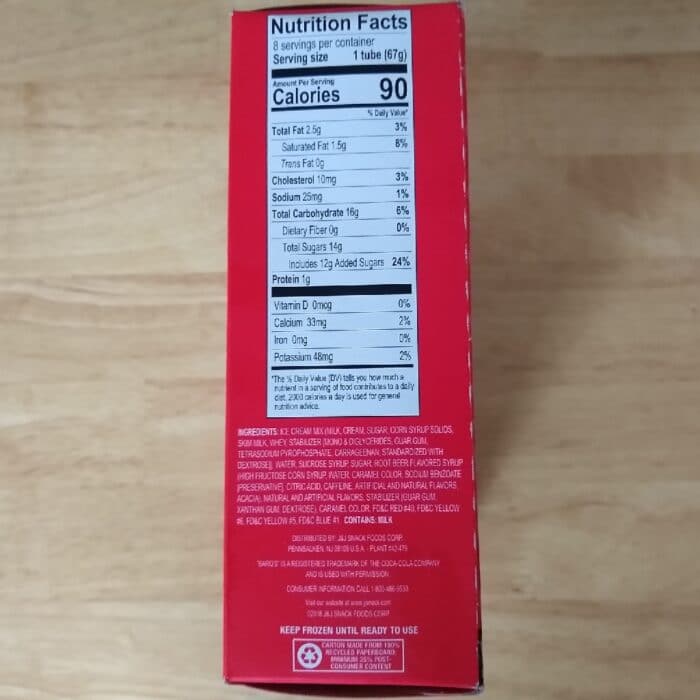 If you’re looking for something that is quick and easy, these tubes make for a decent little ice cream treat, although without the carbonation of a true root beer float. All things being equal, we’d rather make a real one with root beer and ice cream. Still, these aren’t bad, especially if you want something simple.