This may not be true for everyone, but for many people, there are few foods that capture one’s childhood quite like animal crackers. I’m sure there are plenty of adults out there who remember opening a small plastic pouch of the little animal-shaped tasties, or pulling a handful out of one of those giant clear plastic vats. If you were privileged enough, you might even have eaten them out of a paper box.

What you might not have remembered as a kid — but might discern better as an adult — was that not all animal crackers were created equal. Some of them, like the ones made by Stauffer’s in the big plastic vats, were harder, crunchier, less sweet, and less textured. Others, like Barnum’s Animals, made by Nabisco and inspired by the now-closed circus, were textured, flakier, and sweeter. You might also have run into Stauffer’s animal cookies, which were lighter and flakier like Barnum’s animal crackers and could sometimes be found in an iced variety. (Stauffer’s would probably argue that Barnum’s animal crackers are actually animal cookies.)

Both Stauffer’s and Barnum’s animal crackers have been on shelves for over a century, the American version of a British classic. In that time, plenty of grocers have taken their own stab at the animal cracker market. Aldi is one such grocer. 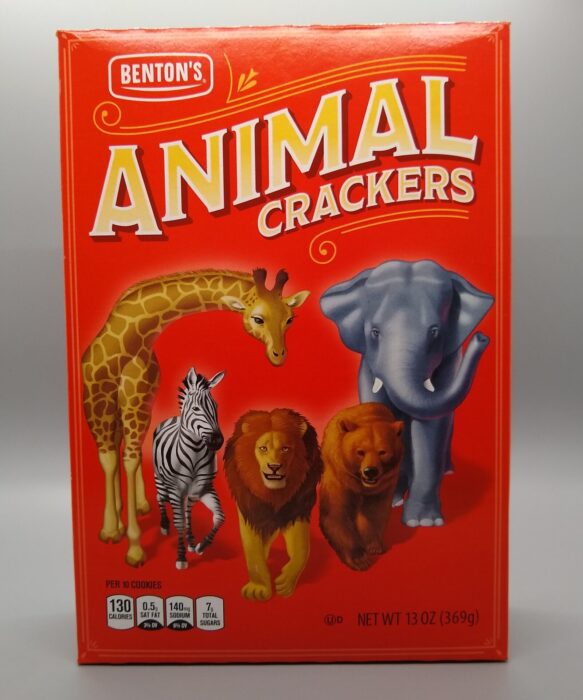 Benton’s Animal Crackers are an Aldi Regular Buy, which means you can find them in stores all the time. Benton’s is an Aldi private label, which means it’s exclusive to Aldi. Benton’s is a house brand, not a separate company. I can’t determine from the box who makes them.

At the time of this post, Benton’s Animal Crackers come in a 13-ounce cardboard box and cost $2.39. That comes out to 18.3 cents an ounce.

With that in mind, I think the Aldi crackers do a great job of duplicating what they’re trying to duplicate. Benton’s tastes a lot like Barnum’s, with a light, flaky, melt-in-your-mouth texture, and a sweetness that’s just right. Our testers had no problem eating lots of them in one setting. 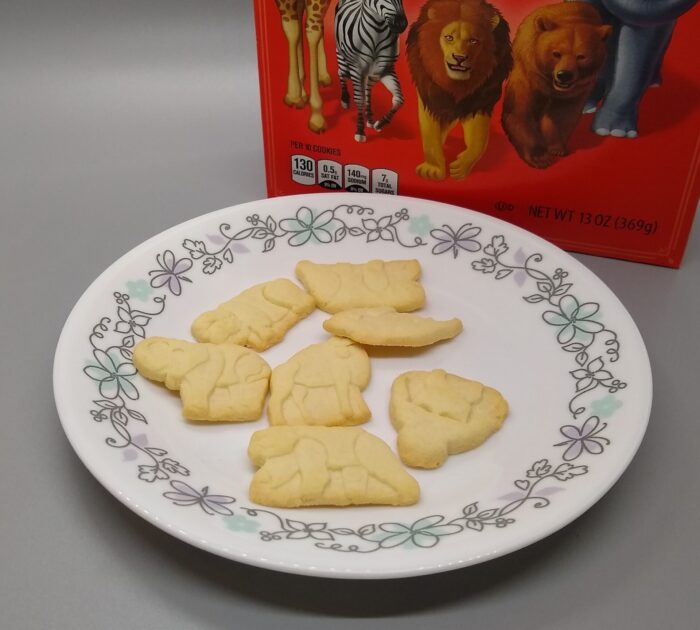 That’s not all good, because nutritionally, there are a few things to note. Each 10-cracker serving has some calories (130), a little fat (4g), plenty of carbs (23g), and no small amount of added sugar (7g). Those numbers run pretty close to Barnum’s. It’s not hard to eat more than that, so those calories can quickly add up. Also, both Aldi and Barnum’s contain wheat and soy. 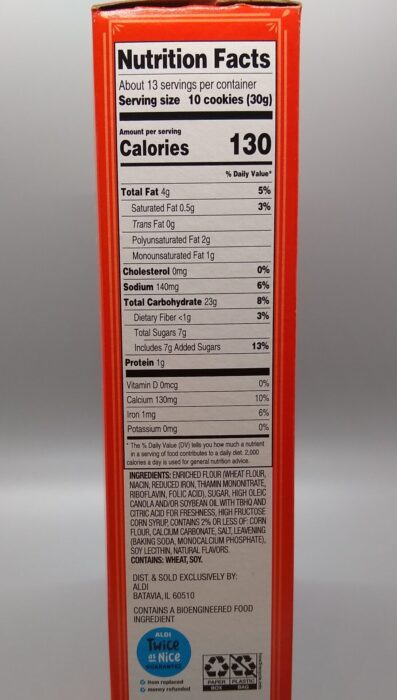