In 1965, during the heyday of easy-to-make processed foods, the Campbell Soup Company released a new pasta and meat product called SpaghettiOs, designed to be quick, easy, and relatively mess-free, as you could eat it with a spoon. While consumers aren’t as into processed foods now as they were during the Cold War, there is still a market for items that can be cooked up — and cleaned up — easily.

SpaghettiOs are still around, and they have plenty of competitors, and Aldi has its own imitation, too, under one of Aldi’s older private labels, Bon Italia. 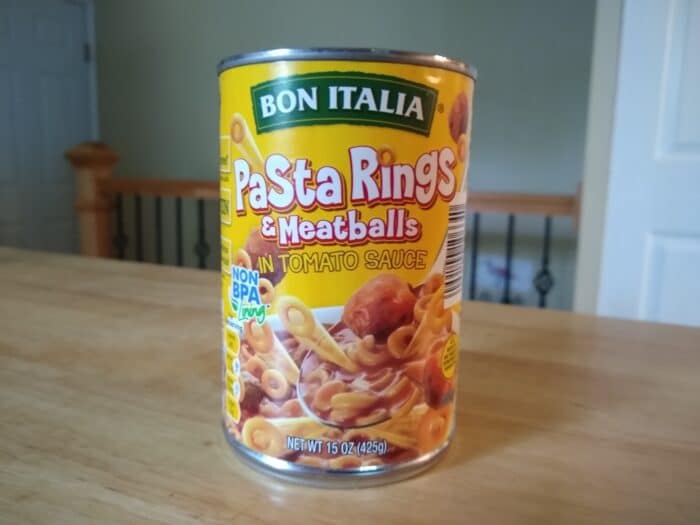 Bon Italia Pasta Rings and Meatballs are a Regular Buy, meaning you can find them on store shelves all the time. They come in a 15-ounce can and currently cost 65 cents. (A 16-ounce can would make more sense, but this is probably an example of product shrinking.) At 4.3 cents per ounce, this is less per ounce than the brand name even if you buy SpagettiOs in bulk.

While most brand name versions of pasta rings and meatballs now use an easy pull-tab lid, Bon Italia cans don’t, so you’ll need a can opener to get the contents out. Once you do, heating is a snap. You can either cook it in a saucepan over medium heat until warm, stirring occasionally, or you can heat it in a microwave-safe bowl in a microwave for 1 1/2 minutes (or until warm), then stir and eat.

Do these taste like SpaghettiOs? No, not really. Despite having similar amounts of sugar, they’re not as sweet as their brand name counterparts. But — unlike the mediocre Bon Italia spaghetti in a can — these are still pretty good in their own right, and our family consumed them without complaint.

Nutritionally, this is exactly what you expect from a processed food: calories, fat, carbs, and a lot of sodium. Eating an entire can is half your sodium content for the day. The ingredients list is similarly long and complex. Chances are, though, that you knew this going in, and these aren’t any less unhealthy than a brand name pasta ring. Also, note that these contain milk, soy, and wheat. 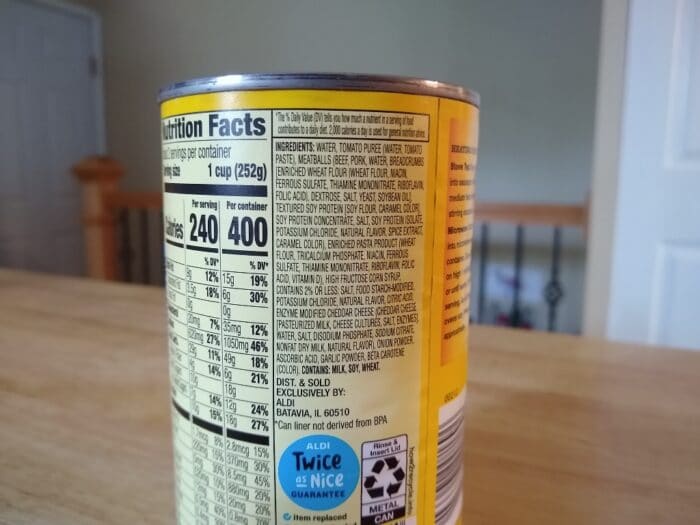 Cheap and easy, Bon Italia Pasta Rings and Meatballs are a serviceable substitute for SpaghettiOs. They taste a little less sweet, but our family still liked them, and they’re obviously a lot less expensive, although no less unhealthy for you. Just make sure you bring a can opener.