The popular peanut butter cups at Aldi have changed again.

I picked up a bag of the popular Choceur Milk Chocolate Peanut Butter Cups as a snack for a recent family cabin camping trip, and we noticed two things: the peanut butter cups are now individually wrapped in foil and they taste different. 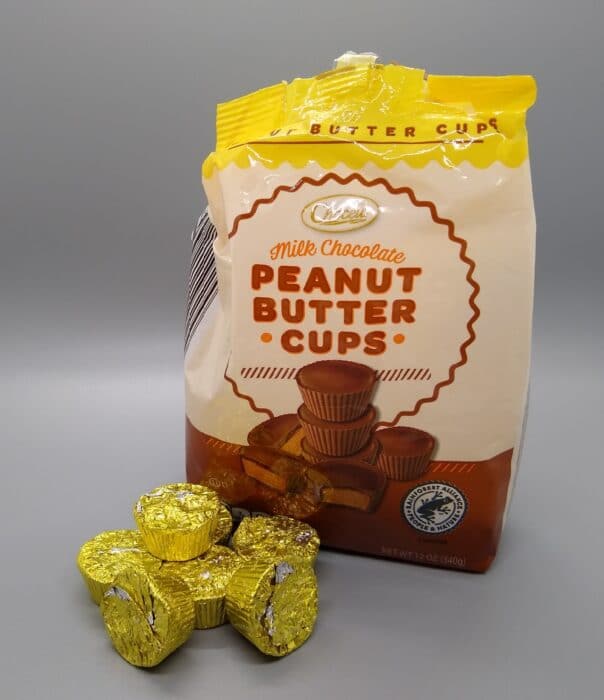 Around the same time, we started getting comments from readers who are unhappy with how the new peanut butter cups taste.

So, it’s time to take another look at the Aldi peanut butter cups.

We initially reviewed Aldi’s Choceur Milk Chocolate Peanut Butter Cups in 2018. They were good at that time, but not as good as name-brand Reese’s Peanut Butter Cups. Then Aldi changed the formula, and we reviewed the peanut butter cups again in 2019, and they were spectacular. The new recipe was so good that the Aldi peanut butter cups beat out the competition in a Taste of Home blind taste test.

Since then, Aldi has had a difficult time keeping the peanut butter cups in stock in its stores because the demand was so high.

So what’s different about the new peanut butter cups, besides the fact that they used to be sold unwrapped in a bag and no are individually wrapped?

Aldi is known to change its recipes and formulas from time to time. We’ve seen it most notably with their jarred Indian sauces and their canned olives. We never know quite why the changes are made, but we assume it has to do with suppliers or cost. 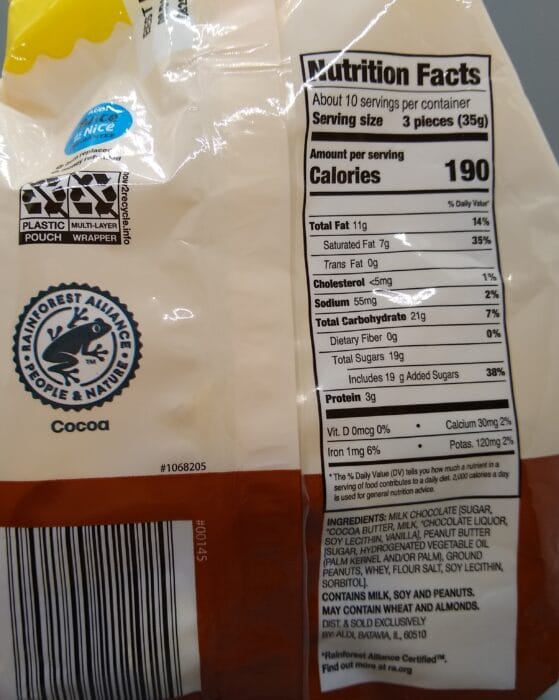 Even the texture is different with these new peanut butter cups. They aren’t as smooth, and they seem to have less peanut butter inside them. The old popular PB cups had an almost waxy-textured chocolate shell, and although some people didn’t care for that, it had a satisfying type of crunch to it when you bit through it. Not so with this new formulation. 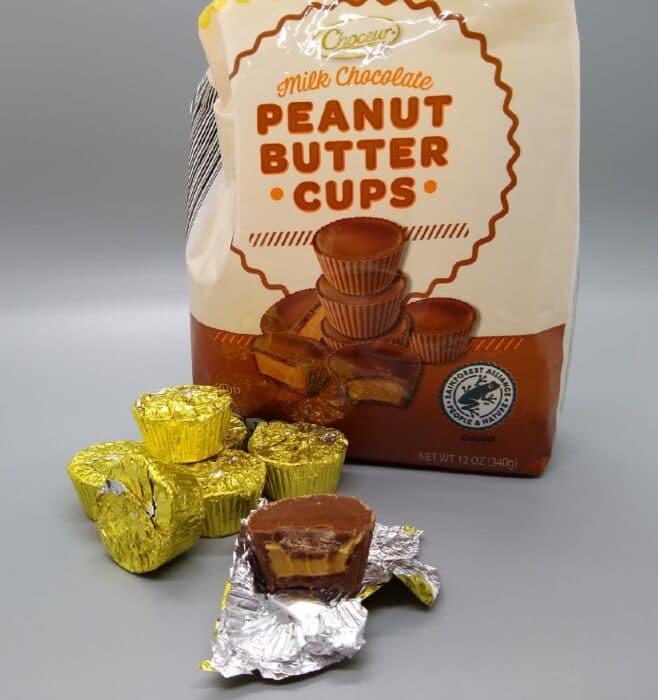 Choceur Milk Chocolate Peanut Butter Cups are on at least their third formulation in as many years. This new recipe has less sodium than the old Aldi peanut butter cups, and we don’t like the taste or texture as much. They’re not bad peanut butter cups, but they’re not fantastic like the old ones were. Instead, they’re just decent off-brand PB cups that don’t bear a strong resemblance to Reese’s.