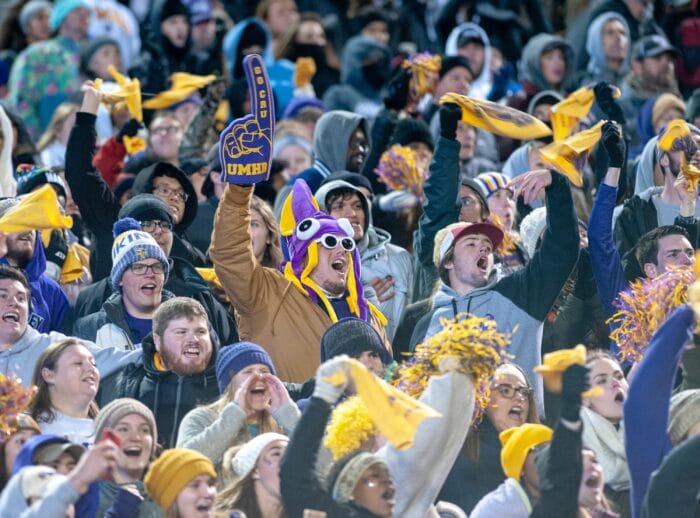 Many stores have fans. Look around online, and you’ll see devoted followers of Walmart, of Target, of Costco, of Publix.

Aldi is no different.

It’s no secret that Aldi has become a pretty big deal in recent years. Once the little stock-up store with odd off-brand items, Aldi has evolved into a heavyweight in the grocery sector. In the United States, the company is in the midst of an aggressive multi-billion dollar remodeling and expansion effort, with the aim of becoming the third-largest grocery store chain in the country by 2022.

Part of Aldi’s allure is in its low prices and its efficient way of doing things. But a huge part of the appeal is in the store’s ever-changing ALDI Finds section. This mysterious aisle, which goes by a number of names, is home to everything from toilet bowl lights to chainsaws, and many Aldi shoppers can’t get enough of it.

When we first started writing about Aldi in 2016, there wasn’t a whole lot going on in the realm of any visible online Aldi shopper base. There were a few small Facebook groups, a decent-sized Reddit community, and not a lot else.

Since then, a lot has changed. Aldi-centric Facebook groups have exploded, and some of them are now the size of cities. Instagram is home to a large subculture of Aldi product photographers. Reddit’s community has grown, too, and while it doesn’t boast the lofty numbers we see on Facebook or Instagram, it’s a smart, active group in its own right.

Aldi, for its part, encourages this kind of fandom. Unlike its distant cousin, Trader Joe’s, Aldi maintains a robust social media presence: at the time of this post, it has some 2.5 million followers on Facebook and another five hundred thousand or so on Instagram. Aldi encourages people to hashtag its products, and has even been known to run giveaways for the best Aldi hauls. During a recent promotion, Aldi sent out large boxes of “fan favorites” to “superfans” who had shown their Aldi hauls on social media. Those superfans, in turn, have become a veritable army of influencers, spreading the good news of great Aldi products at low Aldi prices.

The cult of Aldi is big, and that means nothing but good things for Aldi.

The recent surge of Aldi fandom has created some headaches for the company. To understand why, I want to first step back and talk a little bit about how the company operates.

Aldi is an efficient company. Everything you see in the store, from the quarter slots in the carts, to the fact that customers bag their own groceries, is about promoting a lean, fast operation. That’s why, for example, you can’t call an Aldi store: managing phone calls would slow down a store’s speed and efficiency.

Because Aldi loves efficiency, it also loves predictability. After all, if Aldi knows what to expect, it can do things faster and better. Aldi likes knowing exactly how many people to expect in its stores, how much it needs to stock, and what it needs to do to operate at peak efficiency. Every store loves predictability, but for Aldi it’s especially important because Aldi is a low-inventory grocery store and doesn’t have the shelf space to spare for big miscalculations.

Aldi has some things in place to deal with unpredictable situations — the way workers can surge to the registers during peak times, for example — but some things aren’t as easy to account for.

The Problem of Product Popularity

Product rushes are a particular headache. By product rushes, I’m talking about spikes in the number of customers swooping in and scooping up most or all of a product.

Historically, Aldi likes to avoid these kinds of situations. For example, last year Aldi Australia decided not to sell collectibles even though they were all the rage Down Under. It was a case study in how Aldi operates: the collectibles would have been a major disruption for the store, and that’s not the kind of thing Aldi likes when it can help it.

There are, of course, some exceptions.

In 2017, Aldi brought a wine Advent calendar to the United Kingdom. It was enough of a success that, in 2018, the wine calendar came to America. Unfortunately, for people hoping to score one, the U.S. wine calendars sold out in minutes. Aldi, to its credit, learned from the experience, and in 2019 increased its inventory and implemented a ticket system for its alcohol calendars, creating a much smoother process.

In the fall of 2019, Aldi brought L’Oven Fresh Keto Friendly Zero Net Carbs Bread into stores as an ALDI Find (Special Buy). It sold out almost immediately, with some people proudly declaring that they bought several loaves at a time. Sensing a potential high-selling product, Aldi brought the bread back as a Regular Buy, and it vanished off shelves just as fast as before. It became clear that Aldi’s supplier could not keep up with demand, and the company looks to be retooling in 2020 to try to solve that. If the emails and comments we’ve been getting are any indication, Aldi has probably been flooded with phone calls and emails about this bread.

Where the Superfans Fit In

I don’t blame Aldi fans for wanting to buy Aldi products, especially given how hard Aldi itself has cultivated those fans. Even if Aldi didn’t cultivate fans, though, fandom comes with a successful business, and as a company you have to figure out how to meet the demands that come with fandom.

Aldi fan communities have done a lot to promote standout Aldi products. Because of that, I’ve seen a spike in demand for some of those products. I’ve seen this happen with limited-run ALDI Finds, where fan communities start talking about specific products and it raises the hype level for that product. A good example is the SOHL Furniture teal cabinet, which flew off of shelves as fans started talking more about it.

I’ve also seen it with everyday Regular Buys, and not just keto bread. Last fall, a number of fans started talking about the Choceur Milk Chocolate Peanut Butter Cups. We talked about them, too, giving them one of our 2019 product awards. Since then, we haven’t been able to find them. We see product stickers advertising that they exist, but we haven’t seen any of the bags on shelves.

Same thing with Kirkwood Breaded Chicken Breast Fillets and Specially Selected Brioche Buns, which together make for a mean Chik-fil-A copycat sandwich. Ever since we’ve seen this combo tracking with Aldi fan communities online, we’ve had a harder time getting our hands on one or both of them.

How Will Aldi Respond?

As best as I can tell, Aldi seems to react differently to different product rushes.

I mentioned earlier how, sometimes, Aldi decides the product popularity isn’t worth it. I know that sounds crazy, but Aldi is a very profitable company that is always thinking long-term, and there are times the company will decide to let a craze go rather than deal with the headaches. We saw this with Aldi Australia and collectables. We may be seeing this with the Choceur peanut butter cups and Aldi’s Thin Mint copycats, as both we and others online have reported their stores discontinuing them as Regular Buys.

In other cases, Aldi finds a way to meet the demand. We saw it with the retooling of Aldi’s rollout of wine Advent calendars. We’ve also seen it with the reintroduction of the Aldi keto bread, something I didn’t expect to see as a Regular Buy.

Regardless of the response, though, one thing is certain: the Aldi fanbase is bigger than it has ever been. Aldi knows this, and as it grows to be a more popular company, it’s going to have to figure out how it will deliver to the fans, especially those who can’t wait to see what comes out next.