Crane Bean Bag Toss is Coming Back to Aldi

If you attend an outdoor party, carnival, or cookout, or if you visit a campground, you’re likely to spot the game of cornhole. Also known as bean bag toss or sack toss, this game consists of players taking turns throwing bean bags at raised wooden platforms with a hole in the far end. If you throw your bean bag into a hole, you score points. In official cornhole game rules, a bag in the hole earns three points while a bag on the board is worth one point. You play until a team or player reaches or surpasses a score of 21.

To play cornhole or bean bag toss at home, you can make your own playing boards, or you can purchase boards ready-made from many big box retailers or athletic goods stores. Aldi often sells its own version of cornhole during the spring or summer months. 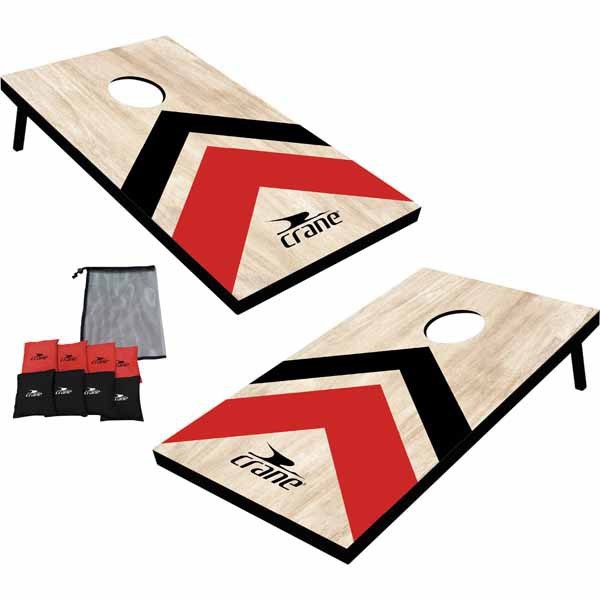 Crane Bean Bag Toss (Product Code: 56078) cost $44.99 at the time of publication. That’s less than the cost of most wooden cornhole sets on Amazon. The only sets I saw on Amazon that were cheaper were made of fabric and PVC piping, which is not going to have the same durability as a wooden game set.

The price for this game from Aldi has gone up fairly significantly as a result of inflationary pressures this year, as is the case with many Aldi Finds. The Crane Bean Bag Toss cost $29.99 in 2021, 2020, and 2019. Despite the price increase, it still costs less than most other wooden sets.

This is an Aldi Find, so it’s only in stores for a short time. Aldi does not offer online ordering for products that aren’t at your local store.

Here’s more information about the bean bag toss, according to Aldi:

We don’t know yet if the 2022 set comes with a warranty, but the 2021 set had a two-year warranty serviced by Medal Sports, which also provided warranty service for the Aldi Crane Full-Size Table Tennis with Paddles and Balls.

We haven’t yet tried this Aldi version of the popular bean bag game for ourselves, so we don’t know how easy it is to assemble or how durable it is. We write open threads so readers can share about their experiences with a product.

Do you own the Crane Bean Bag Toss? Tell us what you think in the comments below.