I’ve been stretching for almost two years now, and I’ve only ever used an older Crane yoga mat we got a few years ago from Aldi. I’ve been in search of a new one for a while, but some of them aren’t cheap. On Amazon, they can range from the teens to the thirties and well above that. So when Aldi released this yoga kit for an amazing deal, I grabbed it as soon as I could.

The Crane Fitness Complete Yoga Toning Kit is currently $24.99 and is an Aldi Find, so once it’s gone, it’s gone, and you won’t be able to order it online.

The kit includes 4 pieces: A yoga mat, a stretch band, and two yoga blocks. There were two different colors, plain purple or blue with a white design. On Amazon, stretch bands are relatively cheap, some in the single digits. Most two-packs of yoga blocks are in the mid teens. So with this kit, you’re getting a lot for your money, but I wanted to make sure the quality was there. 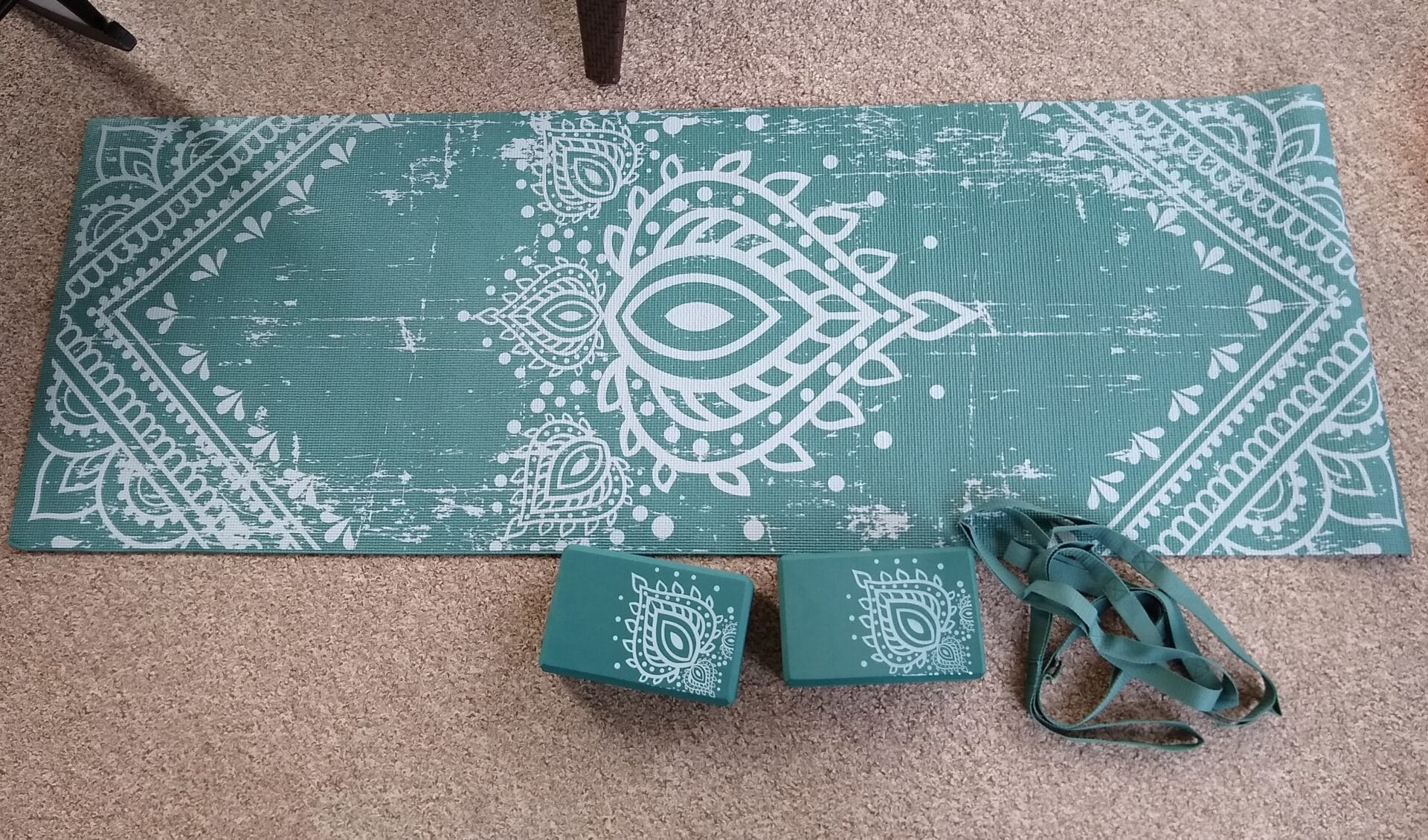 As I said earlier, I have the old Crane Fitness Mat, which was $19.99 when we purchased it.

Comparing the two mats, the old mat wins by a mile. The mat that comes with this set is extremely thin, so when you dig your heel or knee into it for a stretch or exercise, it can hurt pretty bad.

Because it is thinner, it’s also lighter, which causes a significant problem. It moves. This was the most annoying when I was doing stretches in a straddle on the ground. When I went to get out of the straddle, the mat would fold and bunch up, which is something that has never happened with my old mat. So the mat in this kit wasn’t what I wanted. It isn’t so bad that I’ll never use it, but I’ll probably still use my old mat more.

Thankfully, the stretch band and yoga blocks were a success. I’ve wanted a stretch band for a while, and this one did the trick. There are loops for your feet, which are larger than I thought they should be, but it isn’t a deal breaker. You put your feet in whichever loops are best, and you pull on the band. I want to make it clear that this is not a resistance band. It has zero give, which is what makes it so effective. If you pull on the band, your foot will move with it. This is a great tool for back stretches, such as a bow pose, so I will use this well into the future. 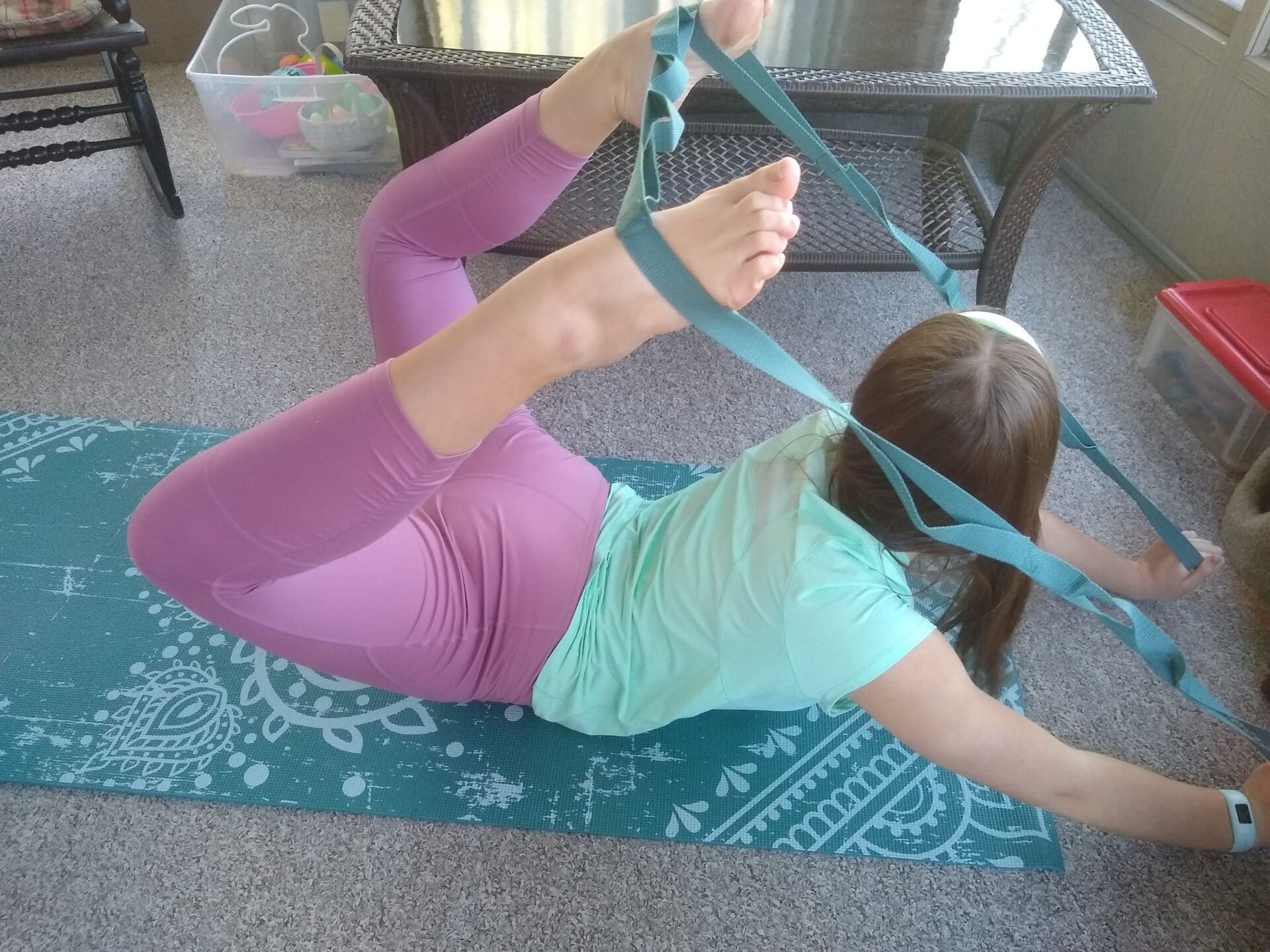 The yoga blocks have been helpful, too. You can use them for a variety of things, I mostly use them for oversplits. I like that they are soft enough to act as a cushion, but they aren’t so soft that you sink into them. 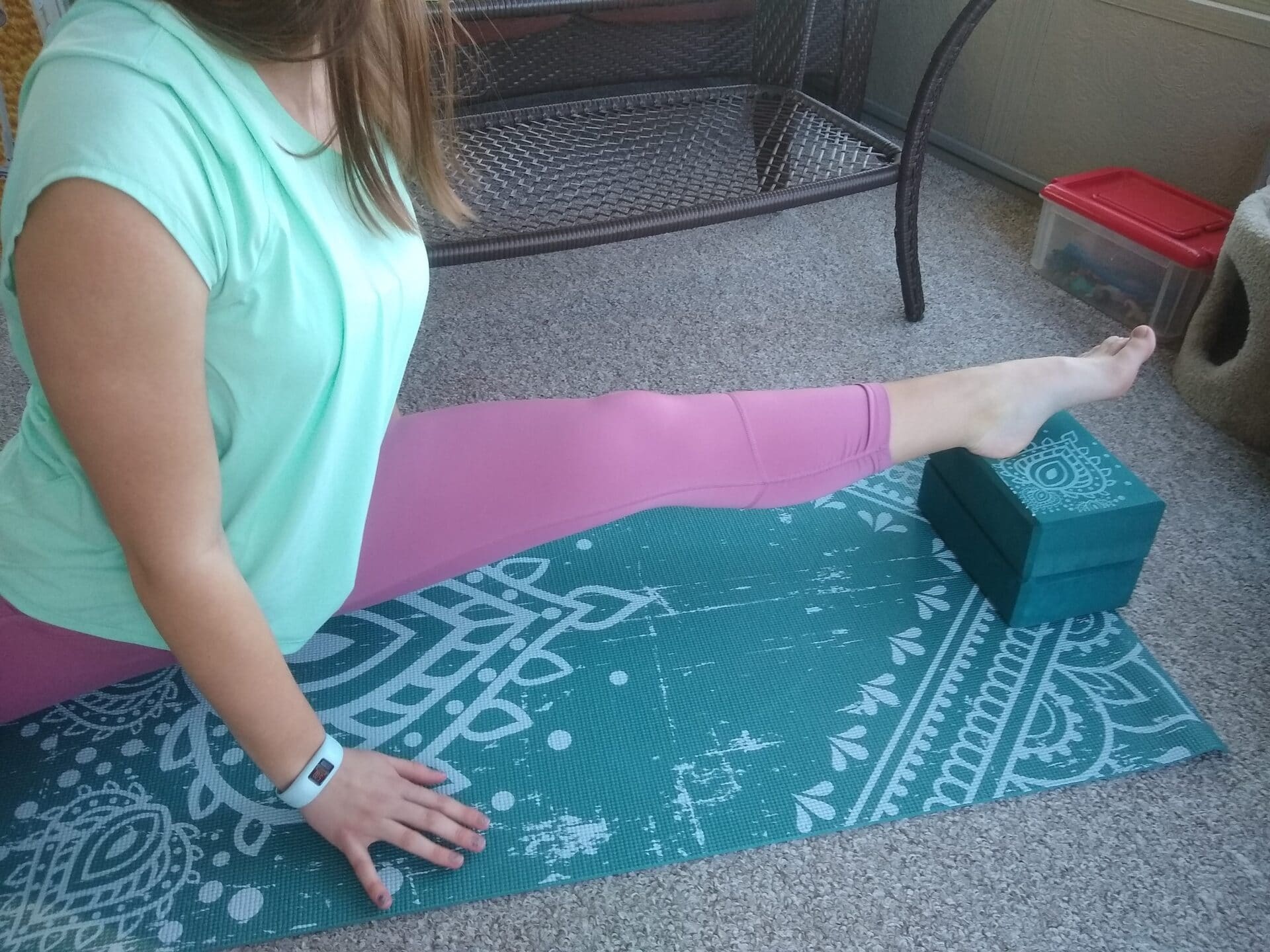 I’m impressed with this set, which includes a mat, stretch band, and yoga blocks. The mat was a small disappointment, but that wasn’t what I was most looking forward to using. If you are looking for a cheaper set to get started with yoga, definitely look into this.