Aldi’s Earth Grown product line offers an array of meat substitutes meant to entice and satisfy the ex-omnivore. Many of the products, including the Earth Grown Meatless Meatballs, are also certified vegan.

Neither vegan nor vegetarian, I love meatballs and figured that since they are traditionally heavily seasoned with spices, breadcrumbs, and other embellishments, a meatless substitute would be pretty forgiving to most palettes. 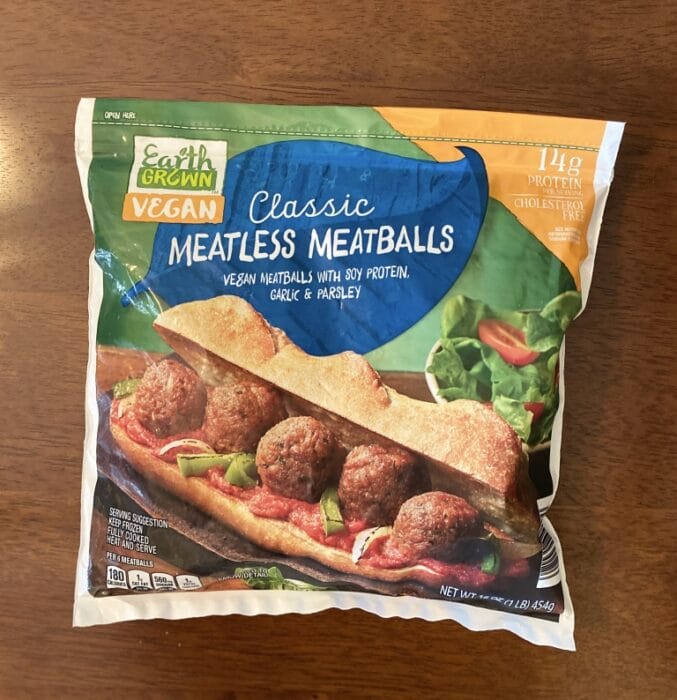 The Earth Grown meatless meatballs are an everyday Regular Buy, and they currently cost $4.29 on Instacart. (They may cost less in stores.)

The meatballs come frozen in a 16-ounce bag. One serving contains a generous six meatballs with five servings total in the bag. There are 180 calories and 14 grams of protein per serving. They’re also cholesterol-free with 10 grams of fat (including 1 gram of saturated fat), 9 grams of carbs, 560 milligrams of sodium, and 1 gram of sugar. 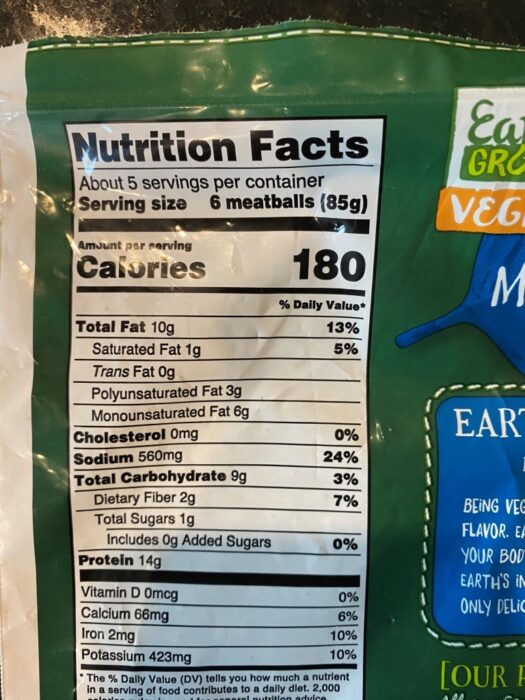 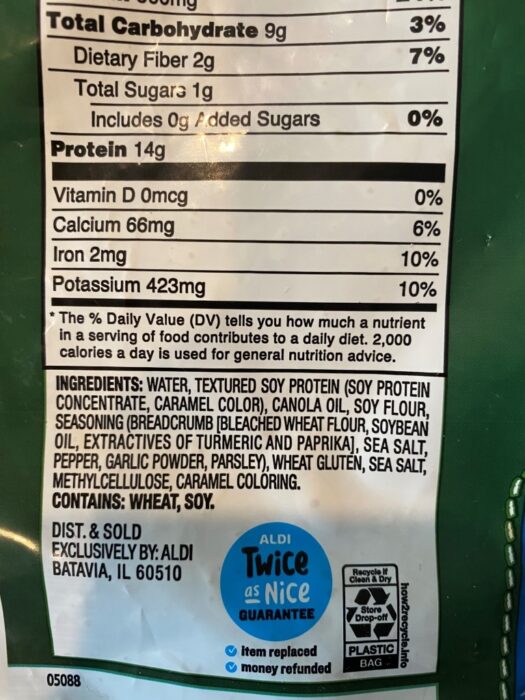 The meatballs can be cooked by microwave, conventional oven, and stove top. 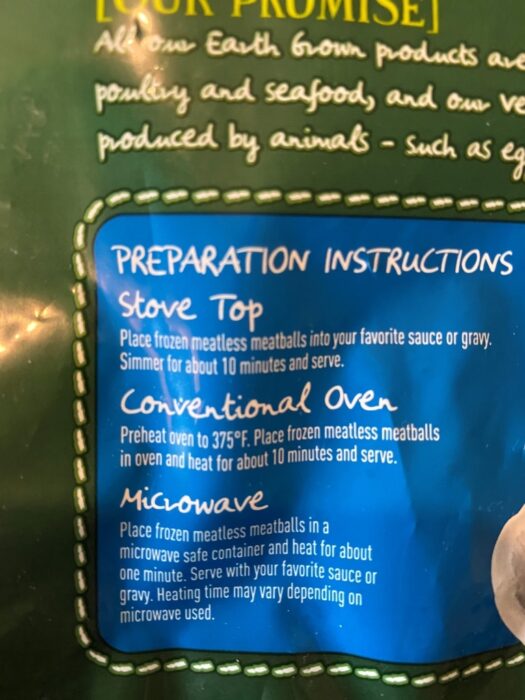 For the microwave, simply place meatballs in a microwave-safe container and heat for about one minute.

For the oven method, preheat your oven to 375°F. Place the frozen meatless meatballs in the oven and heat for about 10 minutes.

I opted to make pasta and decided to heat the entire contents of the package on the stove top by simply pouring the bag into some sauce and simmering vegetables. True to the package’s directive, it only took about 10 minutes for them to warm and soften. If I were to cook these again, I would opt for the oven method in the hopes that it would crisp the outside. 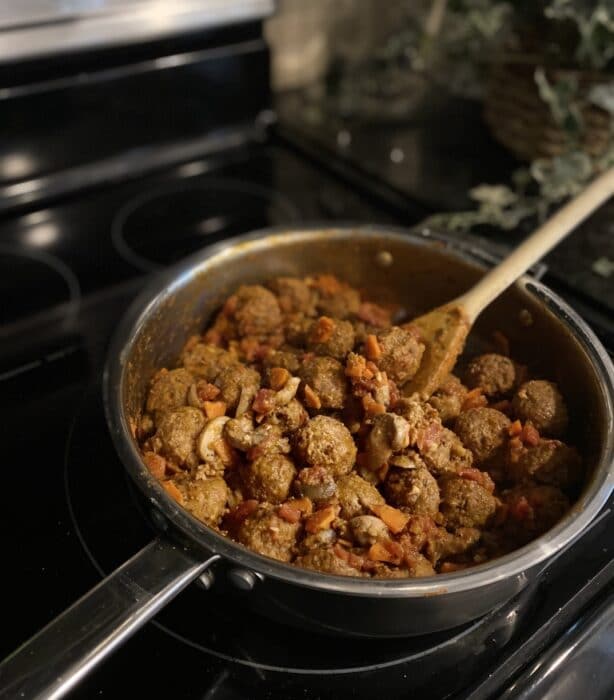 As mentioned, I would have liked the meatballs to be crisper, however, I believe how I prepared them would have had the same effect on many other pre-packed and frozen meatballs. The overall texture is fine.

I greatly enjoyed the meatless meatballs as far as taste is concerned. They don’t taste exactly like traditional beef/pork meatballs, but I think they’re seasoned very well and would go well in pasta, on a hoagie, or seasoned in a sweet chili sauce over rice. For those after the traditional spaghetti and meatballs meal, Earth Grown also offers Zesty Italian Meatless Meatballs.

Earth Grown’s Vegan Meatless Meatballs are a safe and easy bet for a quick and yummy meal at any point of the week. They’re a fairly low-calorie option with a good amount of protein and no terrifying ingredients. I will be sure to purchase again!

Claire Tadokoro works in publishing in New York City. Her writing can be found at www.clairetadokoro.com. She’s on Twitter and Instagram @ClaireTadokoro.