Skip to content
Home Features Is Trade Joe’s Open on the Fourth of July? (Independence Day)

Is Trade Joe’s Open on the Fourth of July? (Independence Day) 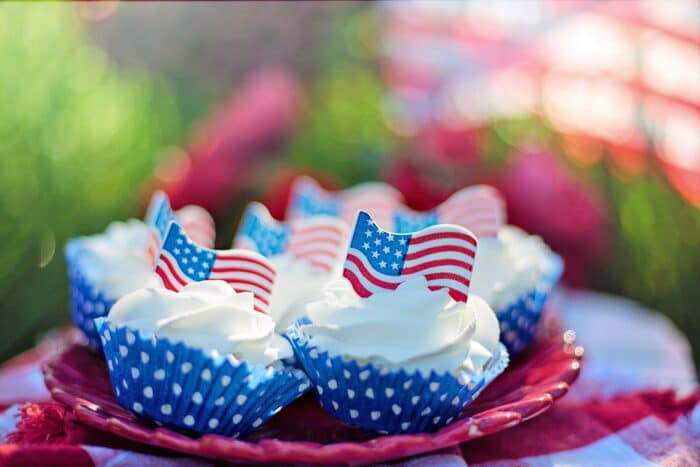 No summer holiday in the United States is bigger than the Fourth of July. Even compared to the unofficial start and finish of summer — Memorial Day and Labor Day, respectively — the Fourth stands out in terms of sheer spectacle. Cookouts sprout up everywhere. Families gather in huge numbers.

And the fireworks. They’re everywhere. Families light them, sometimes even in cities where they’re not supposed to. Most major cities run huge fireworks displays, too. Smoke and rockets are seemingly everywhere (much to the dismay of many dog owners).

If you’re planning a party, you might wonder if you can still get your TJs fix on Independence Day. The answer?

Yes. Trader Joe’s is open on the Fourth of July, with most stores closing at 5 p.m.

On the second day of July in 1776, the Continental Congress fielded a resolution from Richard Henry Lee. That resolution called for the 13 colonies to declare independence from the British Empire. Congress agreed, and set to the task of editing a draft document to explain why. Two days later, on July 4th, 1776, Congress approved the final version of what we know as the Declaration of Independence.

Some of the Founding Fathers, including John Adams, felt that July 2nd would go down in history, while others believed it would be July 4th. Ultimately, Adams was wrong about the date, but he was right about something else. Predicting our modern day traditions of fireworks and other revelry, he wrote that “it will be celebrated, by succeeding Generations, as the great anniversary Festival … it ought to be solemnized with Pomp and Parade with shews, Games, Sports, Guns, Bells, Bonfires and Illuminations from one End of this continent to the other from this Time forward forever more.”

The Fourth of July, then, is one of the earliest American holidays, preceding the U.S. Constitution by more than a decade. In 1870, five years after the Civil War, Congress finally made it a federal holiday, albeit an unpaid one. Decades later, in 1938, Franklin D. Roosevelt signed into law another act of Congress that made Independence Day a paid federal holiday.

Technically, companies and non-federal government institutions are not required to give workers time off on federal holidays. For that reason, some federal holidays have higher observance rates than others. The Fourth of July has one of the higher observance rates among holidays: 92% of U.S. workers get the day off, trailing only Christmas and Thanksgiving and edging out Labor Day.

Some retailers have shifted on this over the years. Aldi, for example, used to close on the Fourth of July but now is open with limited hours. We’re not sure if Trader Joe’s was ever closed on Independence Day, but that’s not the case now: the store is open. However, most, if not all TJ’s stores close at 5 p.m. that day. If you want to verify that time with your local store, you can check Trader Joe’s store locator.