This is a guest post from Virginia regarding some of Aldi’s alcohol selection. Be aware that Aldi does not sell alcohol in all of its stores. 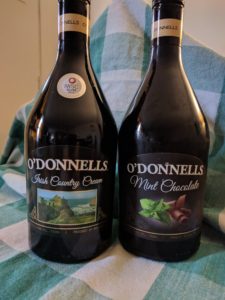 I was excited to see these two cream liquors in the beer/wine section of my local Aldi (Georgia). They had O’Donell’s Irish Country Cream and Mint Chocolate at $8.99 a bottle. I decided to try them both for a St. Patrick’s Day party I hosted.

The bottles are attractive and mimic other Irish cream liquors. Both 750-mL bottles have labels that state they are 14.9% ABV and are products of Ireland. They both looked similar after pouring them out to taste. (Don’t forget to put all cream liquors in the fridge after opening.) 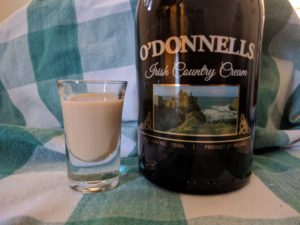 I was expecting a Baileys Irish cream and got it, but with a bit more of a caramel instead of cream taste. It was a nice and smooth liquor. I could see using this with coffee or desserts. 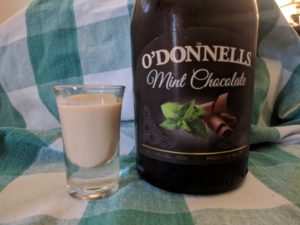 This was like an adult liquid Andes mint candy! Same creaminess as the Irish Country Cream with a lovely mint chocolate flavor. The flavor was really on point, not too chocolate and not too mint. I would enjoy this on its own over ice or served over ice cream.

O’Donnell’s has done a great job on these two! The price is also great as Baileys or other cream liquors are well over $10 a bottle at liquor stores. I think this is a Regular Buy item that’s always in Aldi stores, so go out and give it a try!

Virginia is a current graduate student who likes to blog about grad life, travel, and frugal living at poquitomosquito.net. She has been a loyal Aldi shopper in the three states she has lived in as a student and doesn’t think this will change when she eventually graduates.