Fruit juice has been a part of the human diet for thousands of years. (So has the fermentation of fruit juice into wine.) Citrus fruit juice became especially important in the 1700s, when Scottish doctor James Lind found that citrus fruit — which we now know contains Vitamin C — helped prevent a condition known as scurvy, which was at the time common in sailors.

In the 20th century, Americans saw the rise of the mass production of juice, which was sold in grocery stores. In the 1940s, companies even started selling frozen concentrated juices, which could be stored in the freezer, then taken out and then combined with water. But in recent years we’ve seen a move away from processed foods and toward things that appear more natural.

What, then, could be more natural than making your own juice? 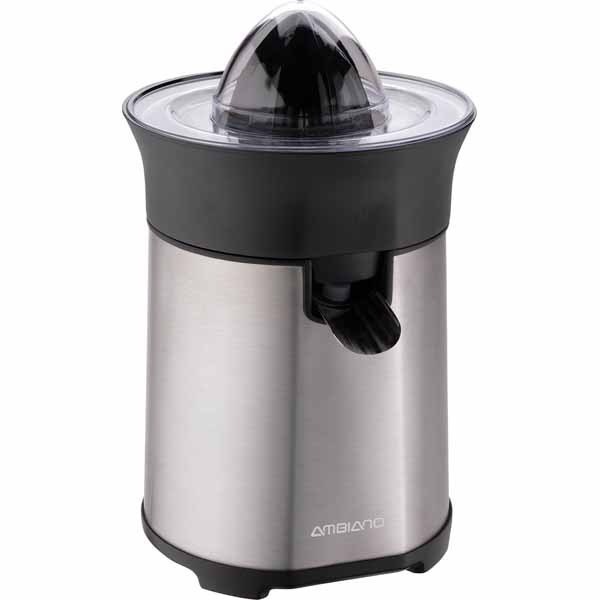 The Ambiano Citrus Juicer (Product Code: 803370) is an Aldi Find, which means it’s only in stores for a limited time. Once they’re gone, they’re gone, and Aldi does not offer online ordering for its specials.

At the time of this post, the juicer is $16.99. That’s less than most electric juicers out there and not much more than a manual one. As far as we can tell, 2021 was the first time Aldi has sold an electric juicer — we can’t find any record of one being sold before.

Because this appears to be a new item, we don’t know much about it. We don’t know who makes it, or how it performs, especially over time.

Have experience with this juicer? Let us know in the comments.