Light projectors have become popular in recent years because they’re an easy way to decorate your house for the holidays. Aldi has gotten in on the trend by selling a few projectors of its own during the Halloween and Christmas seasons. Here, we’re taking a look at Aldi’s Merry Moments LED Motion Laser Light Projector. 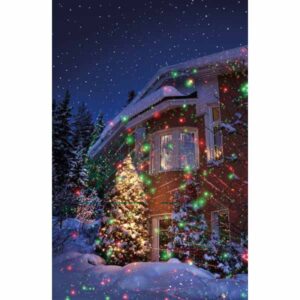 That’s the same price Aldi sold it for under the Huntington Home product line in 2018 and in 2017. Previous models came with a two-year warranty serviced by Wachsmuth & Krogmann, whose U.S. operations are based in the suburbs of Chicago. We don’t yet know what kind of warranty the 2019 model may have.

Features for the 2019 model include:

We don’t have experience with Aldi’s Merry Moments LED Motion Laser Light Projector, so we don’t know how well it works. We also don’t yet know what sort of warranty service this year’s light projector will have.

Do you have experience with Aldi’s Merry Moments LED Motion Laser Light Projector? Share your thoughts in the comments.