When I was a kid, I remember attending a presentation in which some Americans who lived in Japan talked about their time there. For fun, they passed around some snacks they had purchased in Japan. We kids liked the chewing gum, but few of us were brave enough to sample the dried seaweed snacks.

Now, years later, when I saw Aldi selling seaweed snacks as a limited-time special, I remembered that time when I passed on the seaweed snacks as a kid. Seaweed is a popular food in several Asian countries and it has some dietary benefits — namely fiber and nutrients — so this time around, I thought, “Why not?” I enjoy sampling different foods, and I’ll try just about anything, within reason. So I bought a package. 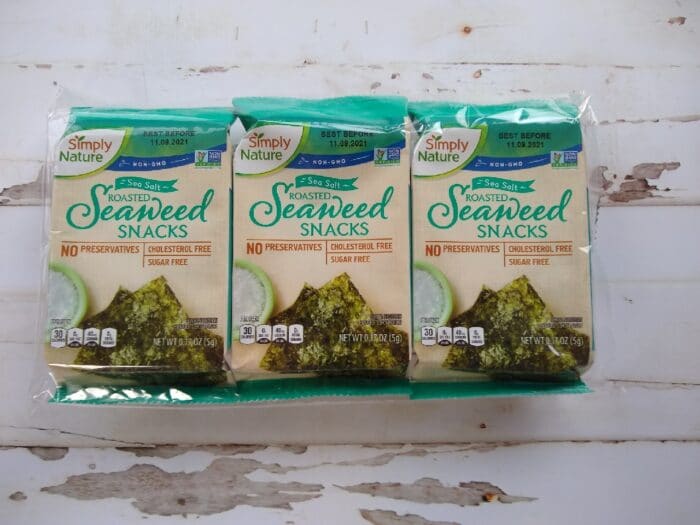 Simply Nature Roasted Seaweed Snacks cost $1.29 for a 0.51-oz. package at the time of publication.

These are an Aldi Find (Special Buy), which means they are only in stores for a short time. Remember, Aldi does not offer online ordering for specials like these, so once they sell out at your local store, they’re gone.

These snacks are non GMO and have no preservatives. They’re a product of South Korea. 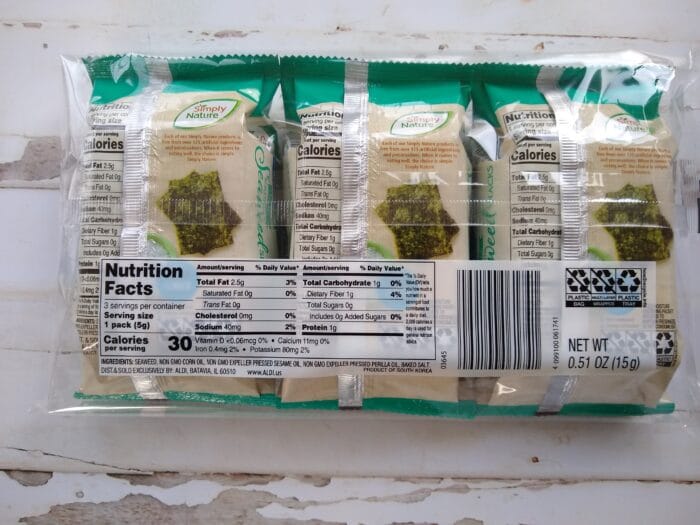 When you open one of these packs, you’ll find a stack of thin rectangular seaweed wafers packed in a plastic tray. 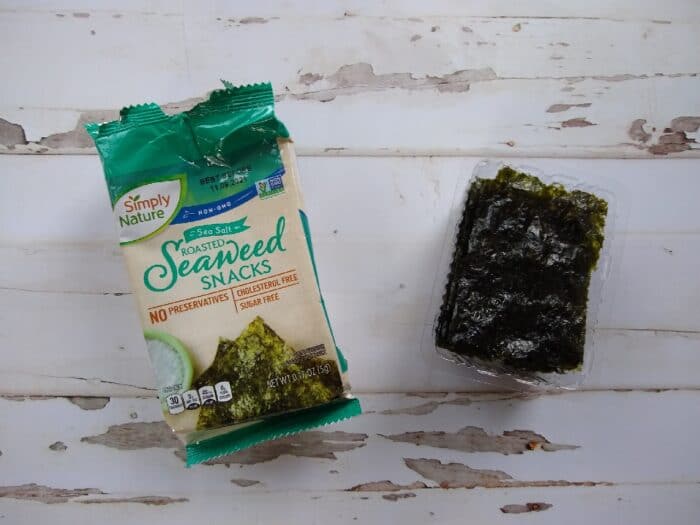 An opened packaged of seaweed snack wafers in a plastic tray.

One of the first things that hit me was the smell, which is . . . not the most appetizing, in my opinion. They have a somewhat fishy smell, which may not be all that unexpected considering that it’s seaweed. 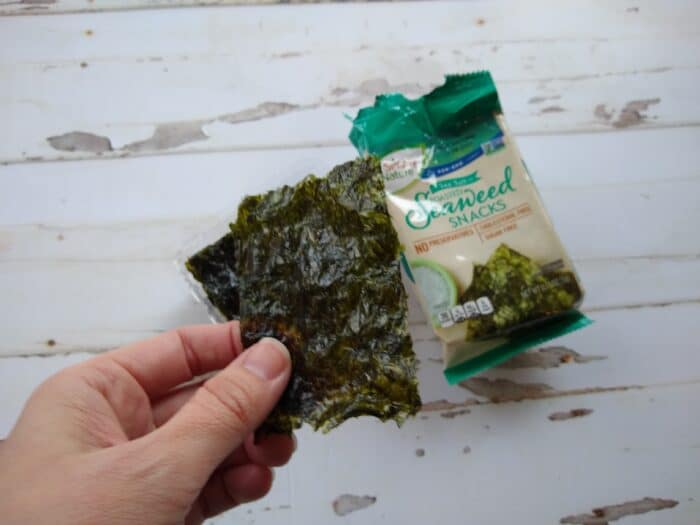 When I took a bite, I got an initial taste of saltiness and then was left with a somewhat mushy/chewy piece of seaweed in my mouth that was somewhat but not quite reminiscent of cooked spinach (which I dislike unless it’s mixed into something like lasagna). Some people might feel differently, but it didn’t taste good to me.

When I offered the seaweed snacks to my family, they were reluctant to try them. Two wouldn’t try them at all, with one person saying the smell alone made her gag. One person said, “They smell like the penguin house at the zoo.” (I actually found that to be the most accurate description of how these snacks smell.) Surprisingly, the pickier eater among us tried a tiny bite and then declined more.

I’m sure some people love eating seaweed like this, and maybe there are some seaweed snacks out there that are seasoned differently and taste better, but ultimately these weren’t for me, and my family didn’t care for them either.

Simply Nature Roasted Seaweed Snacks are one of the more unique foods Aldi has sold over the years. Some people might love them, but my family gave these a resounding “no.”