Aldi has sold some unique foods over the years, from seaweed snacks to piñata cakes. The discount grocer can be a great place to try new foods without breaking your budget. Among the unusual snacks I’ve seen Aldi sell are crunchy rice rolls. After seeing a friend rave about them, I finally decided to try them. 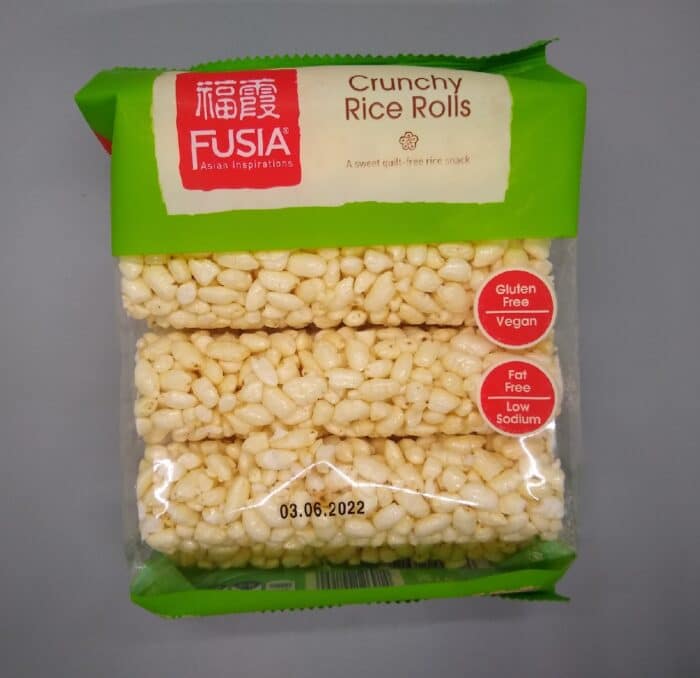 Fusia Crunchy Rice Rolls cost $1.49 for a 2.8-oz. package containing 8 rolls at the time of publication. That comes out to about 19 cents per roll.

Crunchy rice rolls can be found under different brand names at other retailers, including Walmart and Target, where they often come in flavors beyond “original,” including apple cinnamon or strawberry. While the Aldi rolls are made with white rice, other brands are sometimes available with healthier brown rice. The Aldi rice rolls are only available in an original flavor, but you’d have a hard time finding them elsewhere for less than the Aldi price.

Fusia Crunchy Rice Rolls are an Aldi Find (Special Buy), which means they’re only in stores for a short time. Aldi does not offer online ordering for its specials, so once these sell out at your local store, they’re gone until Aldi decides to bring them back. Take heart, though, because these seem to show up in stores several times a year.

These are similar to a rice cake, with crunchy rice fused into a stick or roll shape rather than a disc like a rice cake. They are lightly sweet, and the puffy rice reminds me a bit of Honey Smacks cereal, but not as sugary.

They’re gluten free and vegan, and they’re a product of Korea.

Also, while these are sold at room temperature, the package recommends refrigerating them after the package has been opened to maintain freshness. That’s displayed in fine print on the back of the package, so it’s easy to miss those instructions. Because the package doesn’t reseal, I put them in a plastic container with a lid inside my fridge. 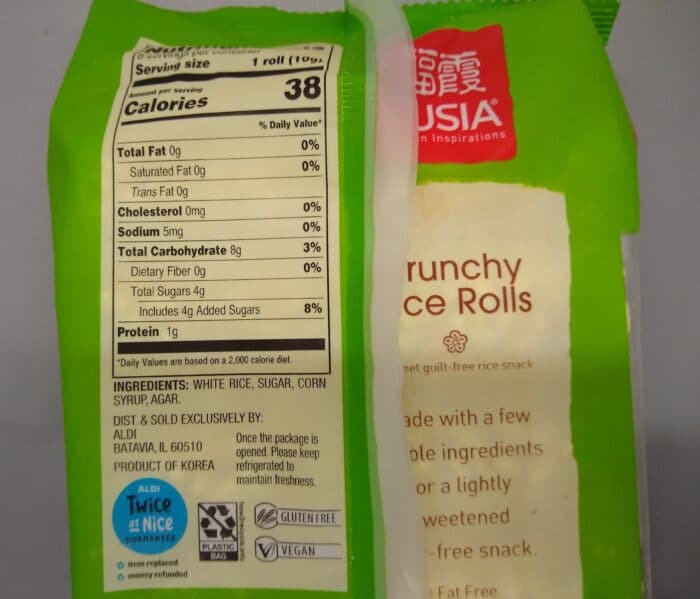 My family had mixed opinions on the crunchy rice rolls. The pickier eater among us was a big fan, while other people could take or leave these snacks. These are a simple snack, not very filling and not high in calories or nutrients, but if you want something sweet and crunchy that doesn’t derail your healthy eating plans too much, these might fit the bill.

Fusia Crunchy Rice Rolls are a product of Korea and feature crispy puffed rice and a light sweet flavor. They’re gluten free, vegan, and low-calorie. To us, they taste like a cross between rice cakes and Honey Smacks cereal.