Sometime in the late 2010s, a charcuterie trend started popping up on social media, including on Instagram. For the uninitiated, charcuterie boards and plates are spreads (often large) of various bite-sized items. Those items can potentially include meats, cheeses, nuts, crackers, veggies, and fruits. People often create the boards for gatherings, while others create them simply for the joy of creating them because they are edible works of art.

Aldi certainly has all the ingredients for a good charcuterie board, appetizer spread, or hors d’oeuvres tray. Whether you want to do it all yourself or you want maybe something pre-prepared, it’s there. Enter this little gem from the refrigerated section. 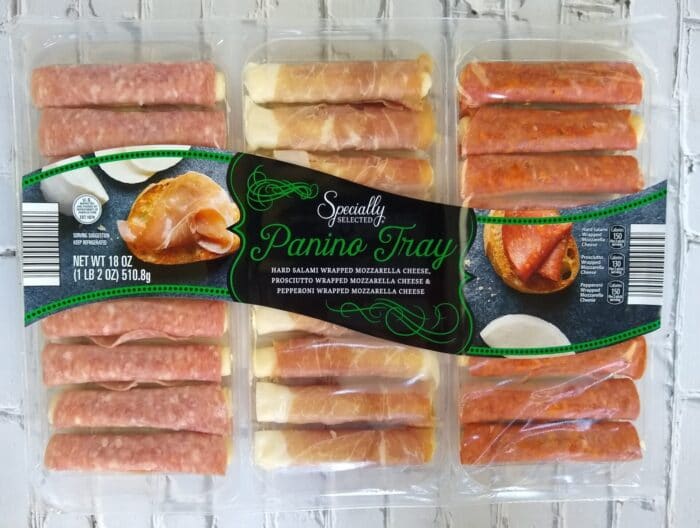 The Specially Selected Panino Tray is an Aldi Regular Buy, which means you can find it in stores all the time. It currently costs $11.99 for a tray. Each tray comes with 3 different varieties of rolls in quantities of 9 each, totaling 27 rolls. That comes out to about 44 cents per roll.

The product comes in a packaged tray with a film cover. The cover pulls off fairly easily on the lower left-hand corner. You could probably serve it out of the tray if you wanted, but most people probably won’t. Also, it’s not resealable, so if you’re not eating them all right away, you’ll want a better container to store them in.

Keep in mind that these are perishable, so be mindful of the expiration date on the back. The rolls should be kept refrigerated until eaten. 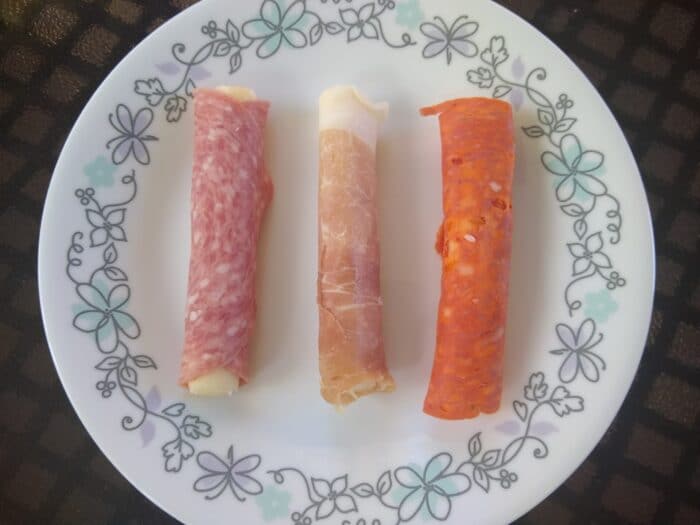 While the mozzarella is a common flavor among the three, each of them has their own distinctive taste and texture. The salami is smooth and easy, with a mild taste. The prosciutto is also mild and a little chewy. And the pepperoni has just that bit of pepper along with a trademark pepperoni taste. All are salty, although not excessively so. All of them were also a hit in our household, as they didn’t last long.

Not surprisingly, these rolls aren’t good for you at all. They’re high in calories, high in sodium, and loaded with fat. There are no carbs, but these still aren’t something your cardiologist would approve of eating lots of. They also have their share of added processed ingredients. 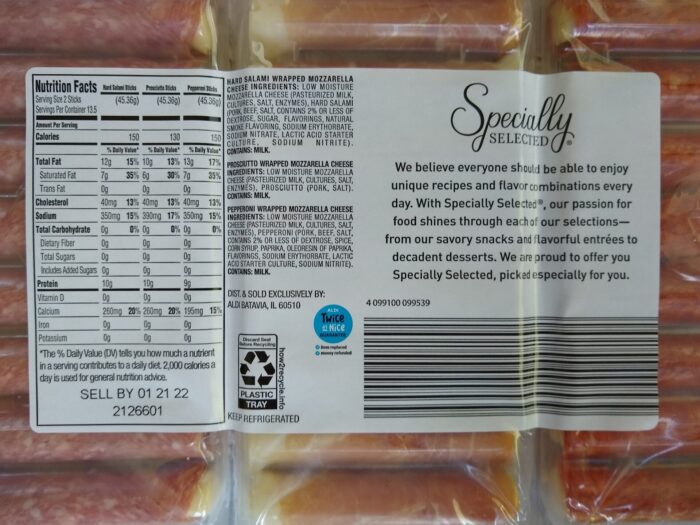 The Specially Selected Panino Tray is a surefire way to bring meat and cheese to your spread. It delivers on both presentation and taste, and for those reasons I think it’s well worth the price. On the other hand, it’s also full of enough sodium and fat that it’s best consumed in moderation.