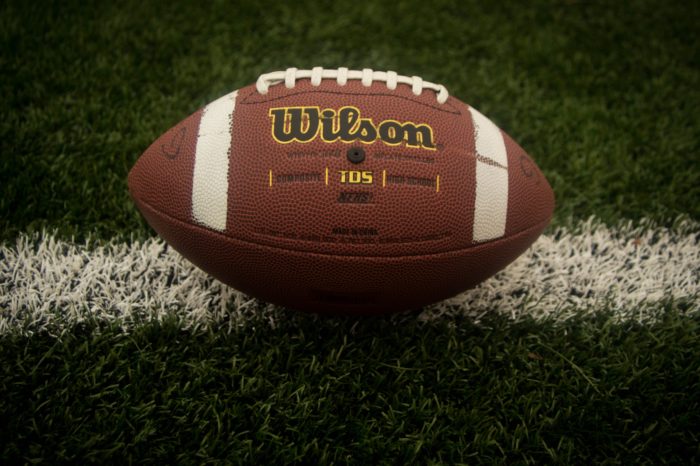 Not long after the dust settles on the winter holiday season, the NFL playoffs begin, starting with the wild card round in early January. Each weekend sees teams move on while others go home, until at last there are but two teams remaining, one each from the NFC and AFC. Those two teams meet, sometime in late January or early February, in the internationally watched spectacle known as the Super Bowl.

Where most of the playoffs are primarily geared for football purists, the Super Bowl is something of a cultural event, watched even by people who have little or no interest in football whatsoever. The afternoon’s programming begins with several hours of human interest player profiles followed by pregame pageantry and the game itself, which is interrupted by endless high-dollar commercials and halftime pyrotechnics.

Hosting a big party for the big game can be expensive, since party foods are often more processed and, therefore, more expensive to buy than say, large bundles of beef and vegetables. Fortunately, Aldi is there to help, both through its Regular Buy stock and its impeccably timed ALDI Find (Special Buy) rotation.

There are a number of items that are good for parties that are available in Aldi stores year-round. In many cases these items are shelf stable or frozen, so you can go in a little earlier and snag them and they’ll still be there for you some Super Bowl Sunday.

Aldi does stock a few appetizers as part of its Regular Buy rotation, although the ones most likely to wind up on a platter for the big day are Special Buys, so you’ll probably want to pay close attention to the ALDI Finds-specific frozen chests in the store for those. That said, Aldi does stock a few finger foods, so check the Regular Buy freezer, too. For example, Appetitos Mozzarella Cheese Sticks are a common sight in stores, as are traditional onion rings and a few types of Chinese finger foods. And vegetables are always there, if you’re looking to make a veggie platter.

On the food front, Aldi stocks a number of chips, most of them under the Clancy’s label. Those chips include Aldi takes on Doritos, Fritos, and even Pringles or Lay’s Stax. In our experience, most of these chips taste good and are, by and large, indistinguishable from their brand-name counterparts. The one minor exception is Clancy’s Nacho Cheese Tortilla Chips (aka Aldi Generic Doritos), which we do like, but we admit they are not as good as their brand-name counterparts. On the other hand, we think the Pueblo Lindo Restaurant Style Tortilla Triangles are right up there with restaurant chips at many other grocers.

Aldi also offers a few dips in the Regular Buy section, among them Friendly Farms French Onion Dip, a few kinds of salsa, and the ingredients to make a pretty solid nacho dip. We think the Casa Mamita Salsa is comparable to the big jars of Pace you might get at a bigger store, although for our money we prefer some of the Aldi Special Buy salsas or getting On the Border or a similar salsa from another grocer.

Entrees and Side Items:

Finger foods seem to be more popular on this day than actual entrees, but if you’re looking for more than grazing food, Aldi does plenty of that. The grocer sells a mean burger, along with a solid collection of French fries and a decent (and recently improved) macaroni and cheese lineup. Aldi also has all the ingredients for a substantial sub sandwich, which can be served in large entree-sized portions or cut smaller as finger foods.

Aldi has a range of options on the drink front, including sodas, teas, lemonades, and, where allowed by law, alcoholic beverages, including beers and wines. We’ve written about their sodas, which are mostly solid imitations of brands … except for the cola, which is adequate but is not going to be confused with Coca-Cola. (Aldi does sell some name-brand sodas, though, in case you need them.)

Aldi famously rotates in products to its stores throughout the year, and that includes putting in plenty of ALDI Finds (Special Buys) in the weeks leading up to NFL’s last game. Aldi stores vary in what time of the week these products hit shelves, but for most stores it’s Wednesday, which creates both an opportunity and a bit of a challenge for Aldi. The Super Bowl, you see, falls on Sunday, so products in the ad nearest that time are only on shelves for a few days before the game. Aldi seems to adapt by rolling out its football-specific offerings in waves, including a fair number of them a week and a half before the game itself.

On the non-food front, Aldi seems to like putting the Ambiano Stainless Steel Deep Fryer on shelves just before the game to help with all the breaded appetizers. It’s a solid piece of technology that, while not commercial-sized, is big enough to use for parties. Aldi also is known to sell football-themed tableware like plates (often disposable) and napkins, along with kitchen utensils like spatulas and pizza cutters.

Food-wise, there is plenty that is rotated in among the ALDI Finds, although it can vary a little from year to year. At the time of this post, for example, Aldi is stocking a few limited-run salsas and dips, including a restaurant-style salsa under the Casa Mamita name and the Park Street Deli Fresh Dip Platter, formerly known as the Little Salad Bar Fresh Dip Platter.

Aldi also brings in a number of finger foods and appetizers. Those, too, can vary from year to year, but often include bite-sized batter-dipped foods, whole onion rings, and limited-edition pizzas, both frozen and take-and-bake.

Keep in mind that many of Aldi’s Super Bowl-aimed foods this time of year are Aldi brands, while some are national brands. While Aldi store-brand prices tend to be very competitive, that’s not always true of their name brand prices, so you might want to do some price comparison on those. And, as always, we’re interested to hear what people think of Aldi’s Super Bowl offerings in the comments.