Tamales are some of my favorite Mexican foods. I don’t usually like spicy foods, but with tamales it’s different. I first tried some at a family gathering over Christmas and I’ve been sold ever since. I tend to like beef best, but I’ll eat chicken, too.

Since then, I’ve been on a hunt to try different kinds of tamales. When I saw the Trader Joe’s Beef Tamales and the Trader Joe’s Chicken and Cheese Tamales, I decided to pick both of them up. 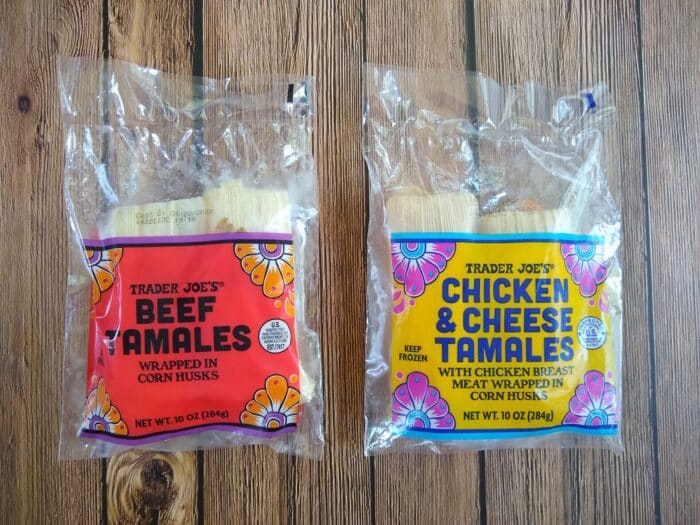 These Trader Joe’s Tamales can be found in the store’s frozen section. They cost $3.99 per package, and each package comes with two tamales.

Cooking instructions are the same for both, and you can use either the microwave or stovetop. To use the microwave, remove a tamale from the plastic package and wrap it with a wet paper towel and place it on a microwave-safe dish. Then heat on high for 3-4 minutes, or until heated through, then let stand for 1 minute. Carefully remove the tamale from the paper towel and corn husk wrapper before serving. (We like to compost our tamale corn husk wrappers.)

To heat on the stovetop, place sufficient water in a pan filled with a steamer basket and bring to a boil. Then remove the tamale(s) from the plastic wrapper and place them in the steamer basket. Steam for 20-25 minutes or until heated through. Carefully remove from the steamer and let sit for 1 minute. Remove the corn husk wrapper before cooking.

We used the microwave method. 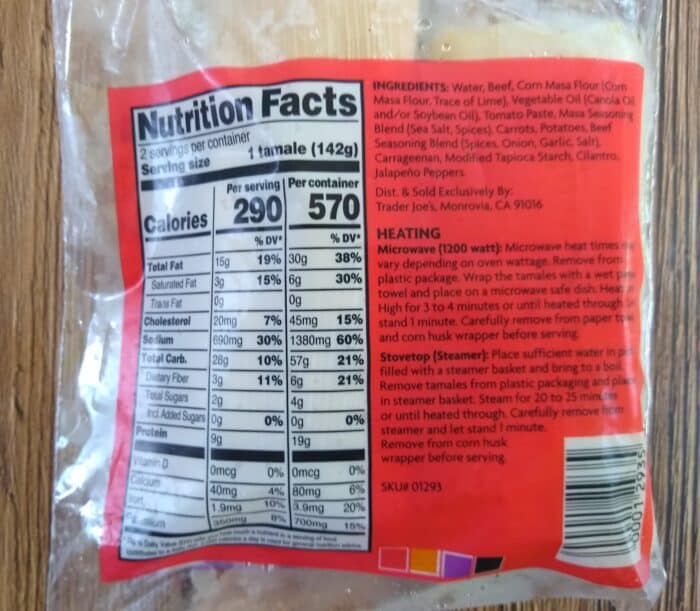 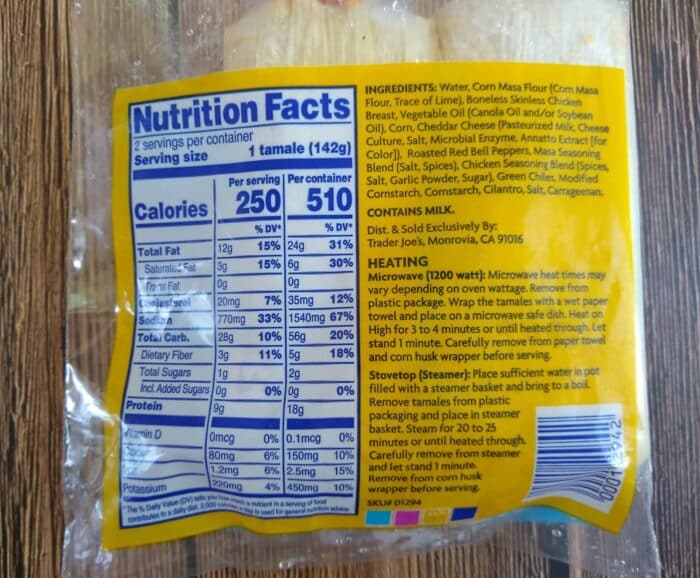 Nutrition information and ingredients: chicken and cheese. Note that these contain milk. (Click to enlarge.)

These aren’t my favorite tamales. I don’t like the texture and flavor as much as other tamales I’ve had in the past. The ones I’ve had before had ground beef, but these have a more sloppy joe kind of beef, which didn’t taste as good inside a tamale. The chicken and cheese one had plenty of chicken, but not really much cheese that could be seen or tasted.

Also, these tamales have no spiciness. Personally, even though I don’t usually like things to be spicy, I think tamales taste better with just a little spice. The taste is about average, nothing special. 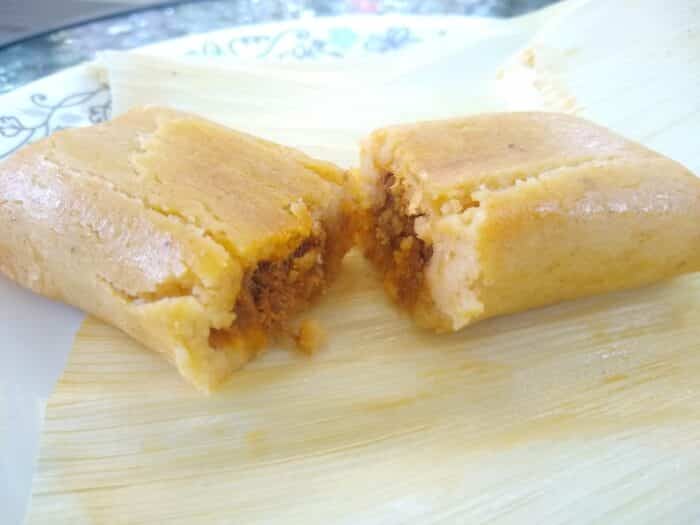 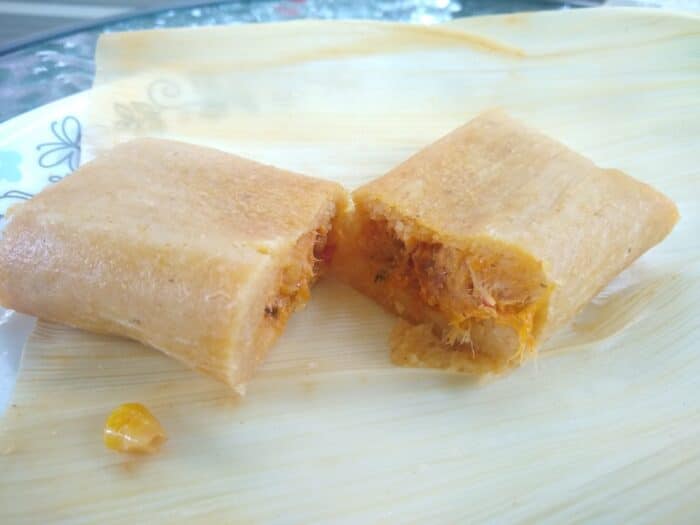 Even though I don’t like them as much, they cost a lot less than a lot of other tamales I’ve seen, but you also only get two in the package, so in all, the price is about the same as other tamales.

In all, these are okay tamales, at least for me. I’m not sure I would buy these again, though, because I think there are better options out there.