A walk through the deli and refrigerated section at Trader Joe’s never disappoints. If you’re looking for fresh options for easy lunches or snacks, this is a good place to check out. My family has enjoyed many of the deli options from TJ’s, which is a cousin to Aldi. We like TJ’s shawarma chicken wraps, curry chicken salad, turkey club wraps, tamales, guacamole dip, unexpected cheddar cheese, and more.

When I spotted clam chowder at Trader Joe’s, I had to try it. 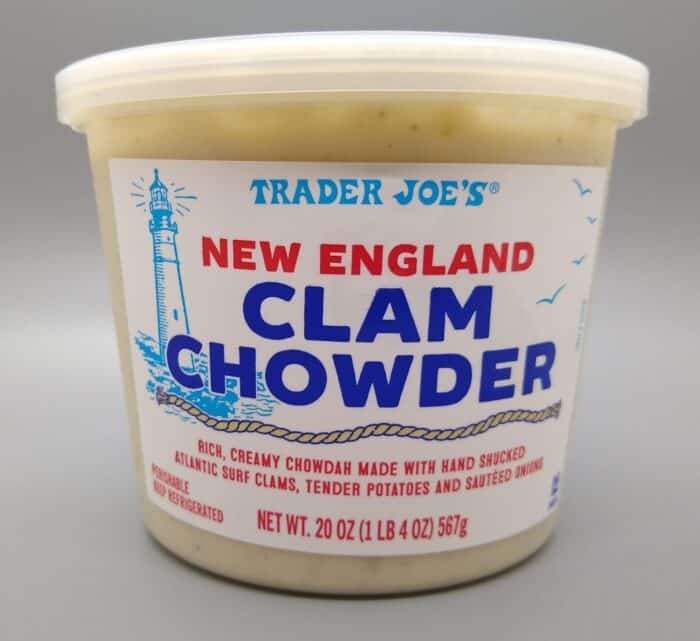 Trader Joe’s New England Clam Chowder cost $4.99 for a 20-ounce container at the time of publication. The container describes this as “rich, creamy chowdah made with hand shucked Atlantic surf clams, tender potatoes and sautéed onions.”

This is perishable and should be kept refrigerated. The container I purchased on September 12th had a use-by date of October 18th.

If you’re looking out for allergens, this contains milk, wheat, cod, and haddock. Naturally, it also has clams. 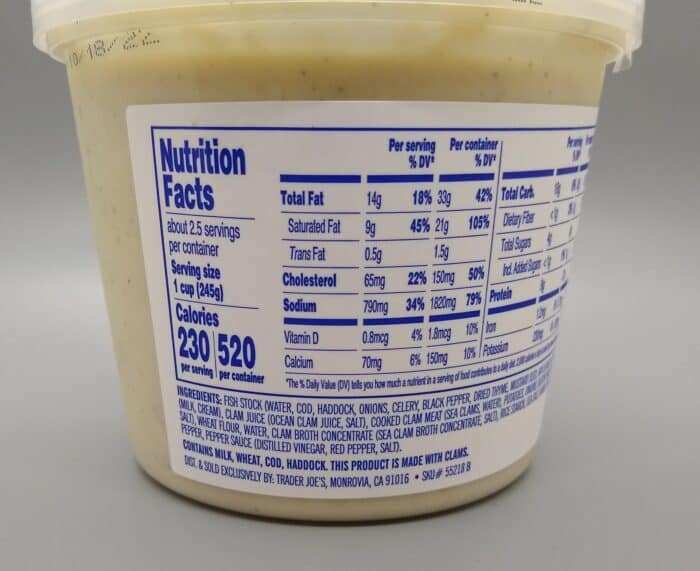 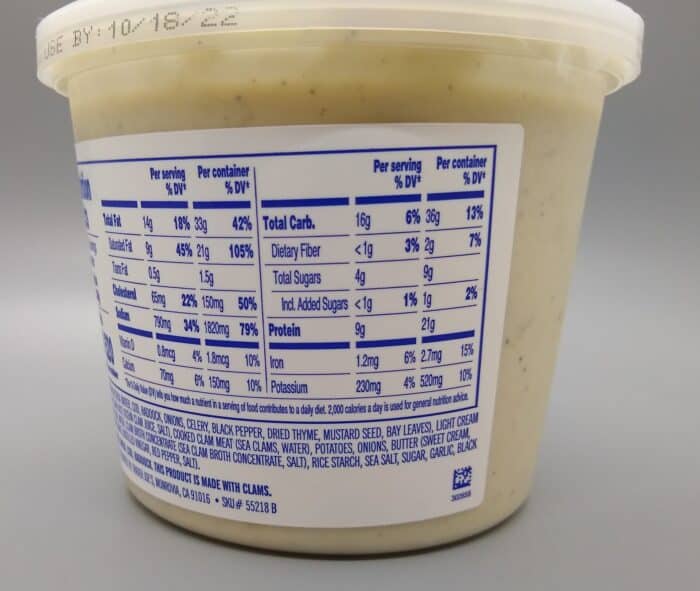 The container has directions for heating this soup on the stovetop or in the microwave.

To heat on the stove, pour the chowder into a 2-quart saucepan and heat on high for 3-5 minutes or until heated through, stirring occasionally.

To heat in the microwave (1200 watts), remove the lid, pierce the film, and microwave on high for 2-3 minutes or until heated through. Allow to sit 1 minute before serving. Remove the film carefully.

Because creamy soups with potatoes tend to pop and splatter all over my microwave, I heated this on the stovetop in a pan with a lid, where it didn’t splatter at all as it warmed. 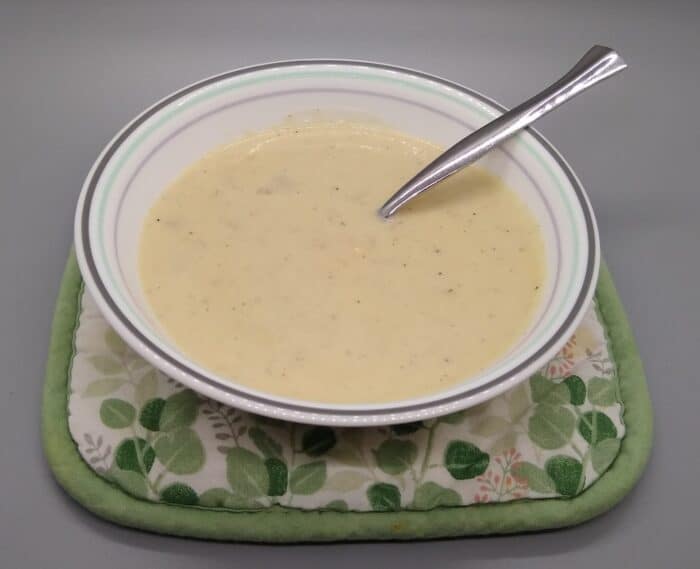 This tasted very good. I thought it tasted less salty than Campbell’s clam chowder (and the nutrition labels bear that out; see above), but it was still plenty flavorful, probably owing to the fact that it has more fat than the Campbell’s version. This is smooth with a thick, rich, creamy broth and a decent amount of soft potato chunks. I was most impressed by the large chunks of clam scattered throughout this chowder. It definitely feels more generous with the clams compared to Campbell’s or the Aldi versions of clam chowder I’ve had, and I’ve never found such big pieces of clams in my chowder. It’s definitely an indulgent soup and one to enjoy in moderation, but it’s awfully good and I wouldn’t hesitate to buy it again.

Trader Joe’s New England Clam Chowder is sold in the store’s refrigerated area among other deli items and quick meals. It features a creamy broth with potatoes and large chunks of clam. This is some of the best clam chowder we’ve had, perhaps owing to its high fat content, which gives it a rich flavor. If you’re a clam chowder connoisseur, give this one a try.