When I was a teenager, my father introduced me to his favored tool for shaving: the foil electric razor. By habit, I used it for years, but I never really liked it — I didn’t feel like the foil hit ridges and curves well, especially along the chin and neckline. At one point, I also experimented instead with a manual razor, but weeks of putting toilet paper over all those cuts finally convinced me otherwise.

And then, a few years ago, I decided to experiment with a rotary razor. I figured that its design might make it more conducive to hitting the areas the foil razor missed. That proved true: the rotary model proved a much better fit for me when it came to getting a clean, comprehensive shave.

So when Aldi sold one this holiday season, I had to try it. 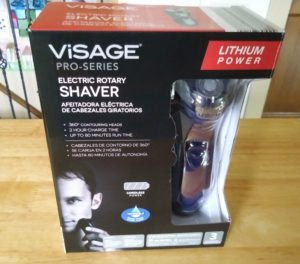 The Visage Pro Series Electric Rotary Shaver, an Aldi Special Buy (ALDI Find), sold for $19.99. We’ve seen other rotary shavers with the Visage’s features for the same price before, but only rarely, during a special sale, so as far as prices go this is better than you’ll usually get.

The package includes the following: 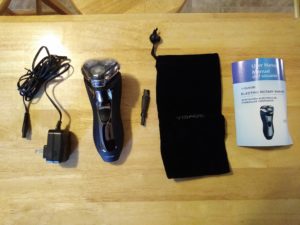 The wall charger deserves brief mention. Like many razor chargers, it’s good for 100-240 volts, so with the right plug adaptor it can handle the various currents of different countries. 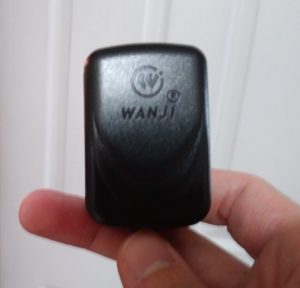 Beyond that, the razor’s features include:

If you’re familiar at all with rotary shavers, using the Visage will be pretty standard stuff. The razor head, for example, pops open with a spring-loaded button, allowing access to the inside to run water through it. (Like most razors, the manual cautions against submerging the razor in water.)

That’s great. So how does it perform?

To answer that, I’ll be comparing it to my current rotary razor, a budget-level, washable, cordless Philips Norelco razor.

Visage and my Phillips Norelco, side-by-side. (Click to enlarge.)

Right off the bat, I noticed a couple of differences between the two. The Visage had a flexible neck for contouring to my face, which the Philips Norelco did not have. I also noticed that the Visage was slightly louder than the Phillips, but not by a ton.

As for shaving? About the same as the Phillips. The Visage seems to make a little more noise, but overall it seems to cut about the same. It handles the neckline like a rotary razor should, and it does a comparable job of getting most of the scruff with the first pass.

One final, important note: rotary razors typically have replaceable blades. I’m sure this one is no different … but I have no idea how one might go about getting replacement blades for this razor. The manual and packaging certainly don’t offer any help. Given that, in my experience, rotary razors start to lose their edge after a year or so of full daily use, this might be a one-year razor for most people.

Here’s the thing, though: the razor has a 3-year warranty. Does that mean that a dulled razor might be eligible for warranty work? Maybe. We don’t know. If so, that would make this a pretty splendid deal for a razor.

But even if it isn’t, in my experience $20 is not a bad deal for a one-year razor. Rotary razor manufacturers are notorious for selling replacement blades for a fair amount of cash — if you buy a budget razor, the blades can exceed the price of the razor itself — so it’s not uncommon for me to buy a new razor altogether rather than get new blades. In that context, not having replacement blades isn’t necessarily a deal-breaker.

Overall, the Visage Pro-Series Electric Rotary Shaver is a pretty good budget razor. For $20, you get a cordless, washable razor with a flexible head. One drawback is the fact that we don’t know how to replace the blades, although in our experience replacing blades on a rotary razor isn’t always cost effective, especially on a razor this cheap. And, hey, if you have it long enough, it’s got a 3-year warranty.