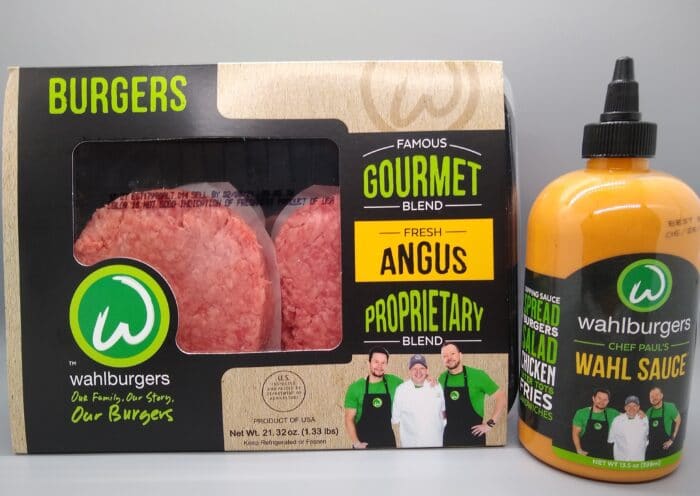 But if you’ve watched cable network A&E over the last several years you might also know of Paul Wahlberg, a chef who starred in the reality show Wahlburgers for 10 seasons. That show launched alongside a burger chain of the same name, founded by Mark, Donnie, and Paul. (In case you’re wondering, there are nine Wahlberg siblings in total, not including half-siblings.)

If you’ve never heard of Wahlburgers before, it may be because of where you live. The chain operates in the United States, Canada, and parts of Europe, but it isn’t everywhere. I live in a major metro area and the nearest Wahlburger is 100 miles away. The chain has expanded rapidly in recent years, thanks to an arrangement that puts it in many Hy-Vee stores, but it still is absent from many cities, especially in the middle part of the United States.

Wahlburgers, like some restaurants, has taken to selling their products in grocery stores, too, and if you live in an area without one of its restaurants, you may still be able to find them in a local grocer.

Not long ago, Aldi joined those ranks by selling both the burgers and their accompanying Wahl Sauce. Wahlburgers Gourmet Blend Angus Beef Burgers and Wahlburgers Chef Paul’s Wahl Sauce are Aldi Finds, which means you can only find them in stores for a limited time. At the time of this post, the burgers cost $6.99 for four 1/3 pound beef patties, while the sauce cost $3.49 for a 12-ounce bottle. We tried both.

The burgers come in a refrigerated container with 4 individual patties. They can be frozen if you don’t intend to cook them right away, but they should be defrosted before cooking.

They don’t come with any specific cooking instructions other than the usual warnings about cooking thoroughly. I cooked them over a grill until they were cooked to about 160 degrees inside, which for me was about 12 minutes total on medium high, 6 minutes on each side. 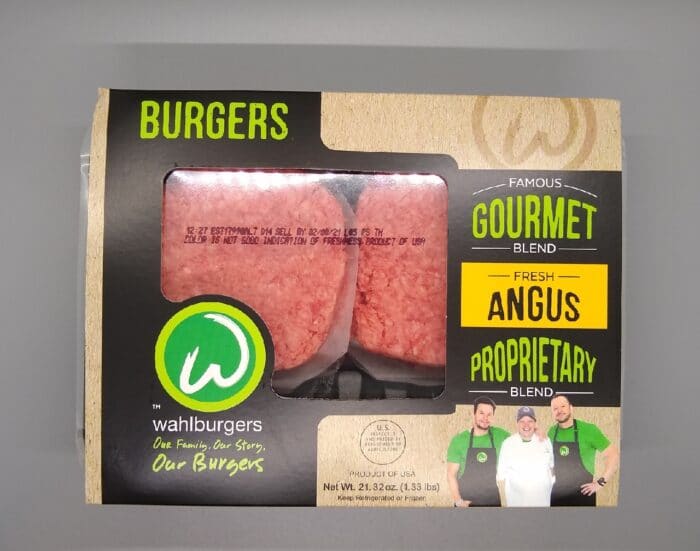 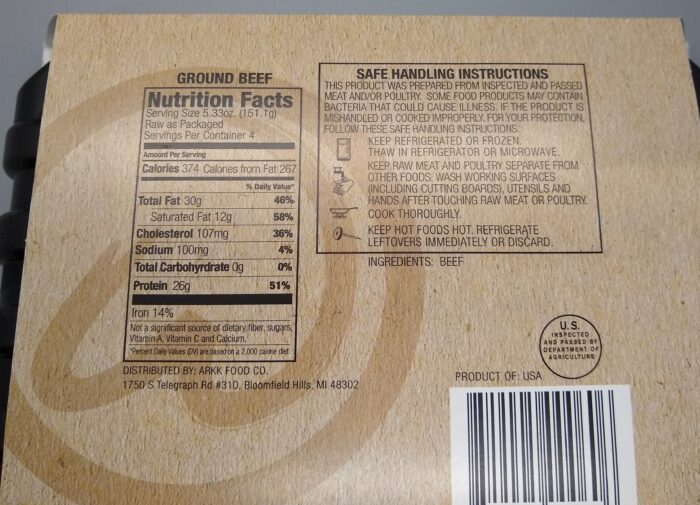 I also added some Happy Farms Sliced Cheddar to the burgers when they had about 2 minutes left. 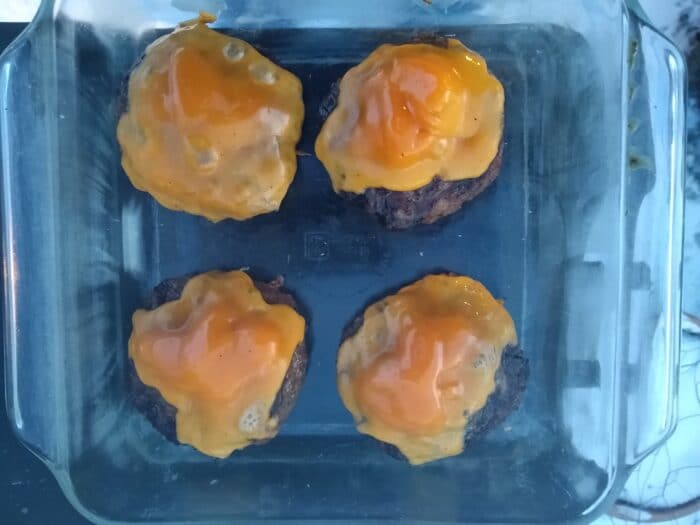 Right off the grill on a cold Friday evening.

The Wahlburgers Wahl Sauce comes in a bottle. It can be kept at room temperature while sealed but should be refrigerated after opening. It comes with an expiration date, too, which was about six months after our our purchase date. Opening it up is as simple as unscrewing the cap, removing the seal, and putting the cap back on. It can be squirted onto a burger like any condiment. Given that the bottle is 12 ounces, you’ll be able to use it on a lot of burgers before it’s used up. The sauce might also have use in other ways, too — I tried it out as a dip for Aldi’s medium-heat seasoned fries, for example. It might also make a good dip for chicken fingers. 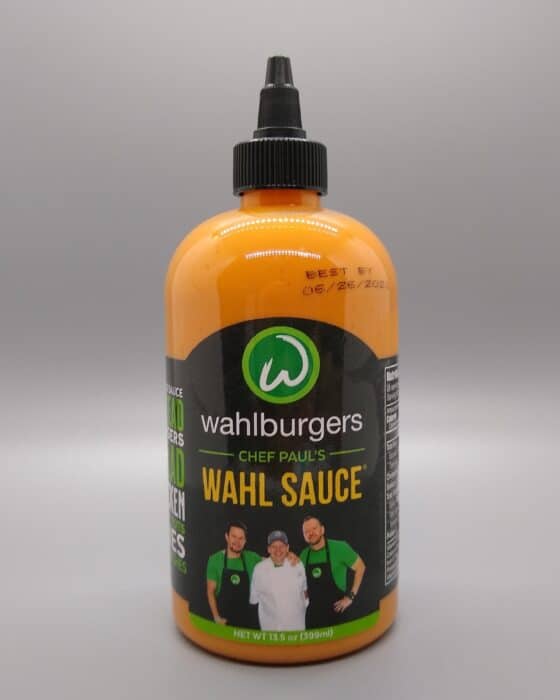 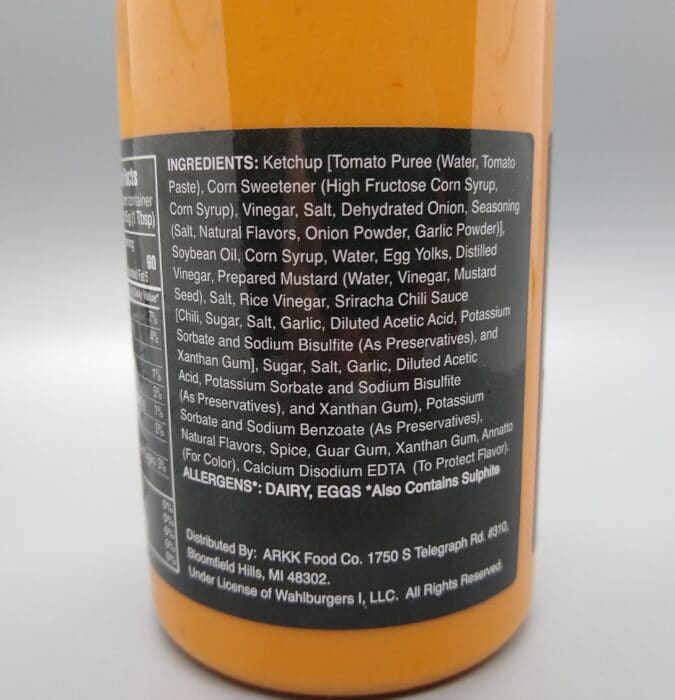 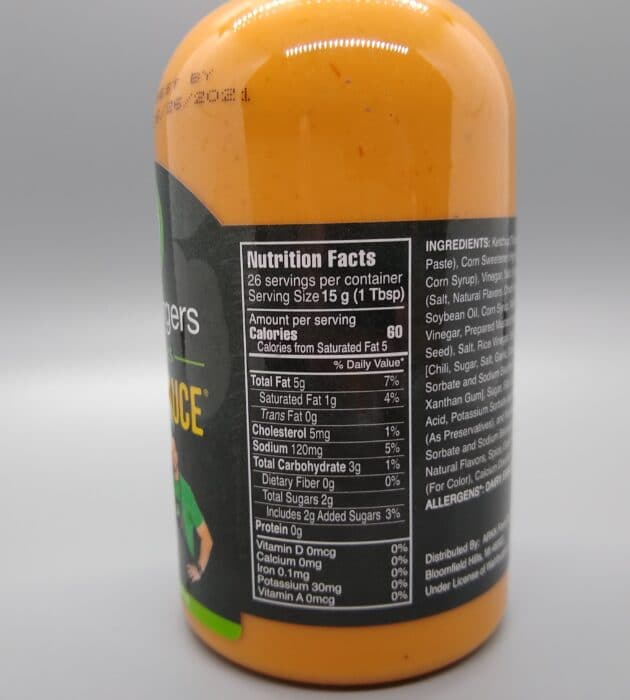 While you can make the burgers however you want, there is an “official” way of making them. We stayed pretty true to the formula when we made them. 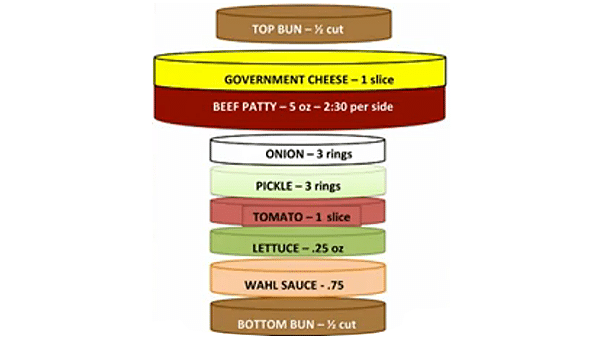 We served them on Aldi’s L’Oven Fresh Hamburger Buns.

So, what to say? They’re good burgers with good sauce. The burgers are big and juicy, and the sauce adds a distinctive but really good flavor. Everyone in our family was impressed, including even one member who doesn’t really like burgers that much.

I’m not opposed to getting the burgers again, and even if we don’t, the sauce will make for a nice addition to our condiments, including on Aldi Beef Burgers.

Wahlburgers Gourmet Blend Angus Beef Burgers and Wahlburgers Chef Paul’s Wahl Sauce are both worth trying if you’re a burger fan. They’re not the cheapest — the burgers especially — but they live up to the billing. They’re only a limited-time Aldi Find at Aldi, but you can also find them in many other grocers … and, of course, at the restaurants themselves.