The Case of the Disappearing Fit & Active Whole Grain Waffles

A while back, I wrote a post comparing Aldi’s Breakfast Best Homestyle Waffles to name-brand Eggo Homestyle Waffles. The homestyle waffles are the only kind available as a year-round Regular Buy at Aldi these days, but I mentioned in my post that Aldi used to sell another type of waffle until recently: Fit & Active Whole Grain Waffles. 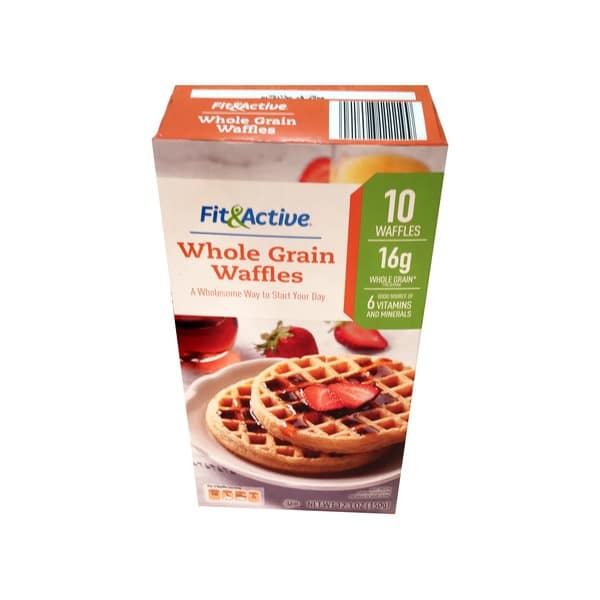 The whole grain waffles were available all year as a Regular Buy, and they were in Aldi freezers as recently as a couple of years ago. Then they disappeared without fanfare (although it appears they may still be available via Instacart?). In my recent waffle post, when I mentioned the erstwhile whole grain waffles, a number of readers commented on how much they had liked them and wished Aldi would bring them back.

I think the Breakfast Best waffles taste better and have a better texture compared to the Fit & Active waffles, but that’s pretty normal for anything that’s made primarily with whole grains. I frequently bought the Fit & Active ones purely for nutritional reasons, and I alternated which waffles I served my family. My kids didn’t seem to notice the difference either way and happily ate both waffle types.

I’m not sure if Aldi discontinued the whole grain waffles because of taste and texture issues and consumer preference, or for other reasons we don’t know. Judging from the comments we’ve gotten from readers, though, it appears there is customer demand for whole grain waffles. Hopefully Aldi will reintroduce a whole grain waffle option in the future.