What Are Aldi’s Veterans Day Hours? 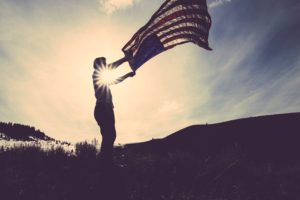 Veterans Day, also known originally as Armistice Day, is an annual federal holiday in the U.S. that is set aside to honor veterans who have served in the United States Armed Forces. Veterans Day is observed every year on November 11th, so it falls on different days of the week depending on the year. It originally marked the formal end of major hostilities during World War I, when the armistice with Germany went into effect at the 11th hour of the 11th day of the 11th month of 1918. The day got a name change from Armistice Day to Veterans Day in 1954.

Since Veterans Day is a federal holiday, some workers and students, but not all, have the day off. Non-essential federal government offices are closed, including the United States Postal Service, so no mail is delivered on Veterans Day if it falls on what would usually be a mail delivery day. If Veterans Day falls on the weekend, some companies treat it as a floating holiday and allow workers to take another day off.

It should be noted that Veterans Day is different than Memorial Day. Memorial Day specifically honors military veterans who died while in service. Veterans Day, in contrast, celebrates all veterans, including those who are living.

While some businesses and schools are closed on Veterans Day, Aldi keeps regular operating hours for the entire day. Normal operating hours differ depending on where you live, but most (not all) stores open around 9 a.m. and close between 7 p.m. and 9 p.m., sometimes with slightly earlier closing times on Sundays. You can read more information about Aldi’s regular store hours here or use Aldi’s store locator feature on its website to find your local store’s specific hours.

Rachael is the Senior Editor for Aldi Reviewer. She is a self-employed editor and writer who enjoys reading, cooking, and gardening when she isn't busy shopping at Aldi.
View all posts by Rachael →