A Look Inside an Aldi Fan Favorites Box 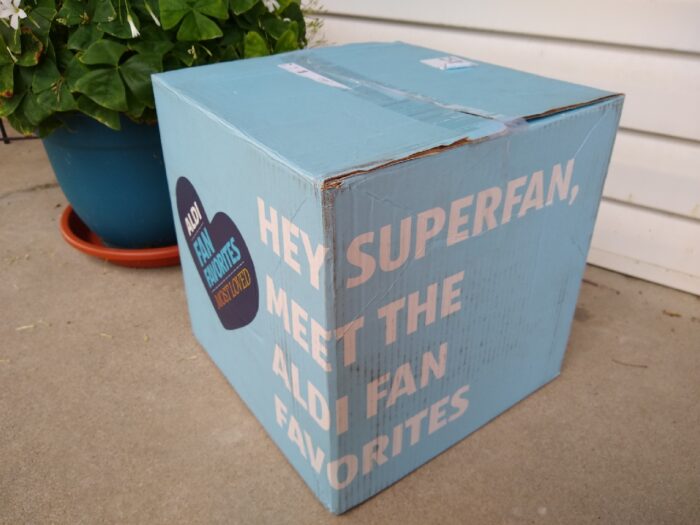 On September 15, 2020, Aldi announced the results of its second annual fan survey of Aldi products. These “Fan Favorites,” as they were called, represent what over 177,000 customers declared to be the grocer’s best.

As part of the publicity blitz, Aldi shipped boxes of some of the Fan Favorites to select social media influencers, fans, and media types. On Tuesday morning, UPS dropped one of the boxes off here, too.

The Aldi Superfan Box came in a pretty loud box with distinct Aldi markings. Inside was a collection of some of the Aldi Fan Favorites.

Items in the box included: 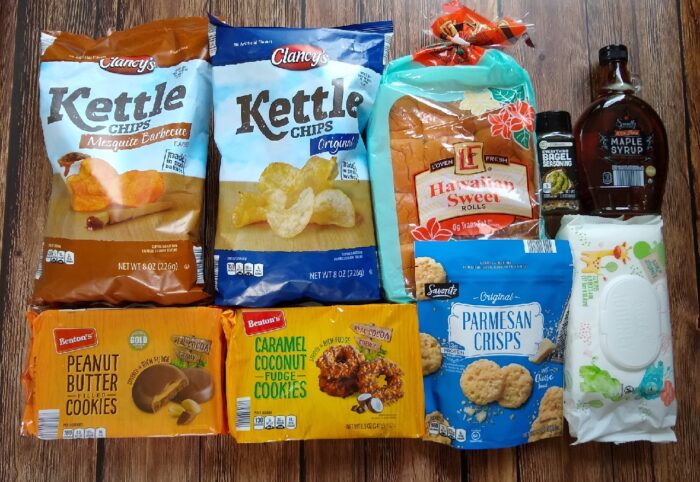 The items in the box.

Not all of the year’s fan favorites were in the box. There was no wine, for example (Winking Owl Wine was a winner), nor was there anything from the fridge or freezer (Mama Cozzi’s Take and Bake Pizza). However, Aldi did include a gift card (not pictured) along with a list of some of the items not in the box, with the suggestion that recipients could go to their local Aldi and purchase the remaining items on the list.