Sometimes, food preparation calls for oil. Some oils are used in cold or room temperature preparation like salad dressings, but in our house oil is more commonly employed in cooking. Cooking oil is useful in a lot of ways, including helping to smooth a surface to keep sauteed or air fried foods from sticking, sealing in flavor in grilled meat, and, of course, providing a heated liquid for deep frying.

There are a number of oils that can be used, including olive oil, peanut oil, or even avocado oil. Each oil has its own pros and cons, with different health benefits (or concerns) and different smoke points, which is the temperature at which an oil begins to smoke.

Vegetable oil is a popular option in both restaurants and homes. It’s one of the more inexpensive oil options, it has a pretty neutral flavor, and it generally has a relatively high smoke point of between 400-450 degrees. You can find vegetable oil in nearly all grocery stores, including Aldi. 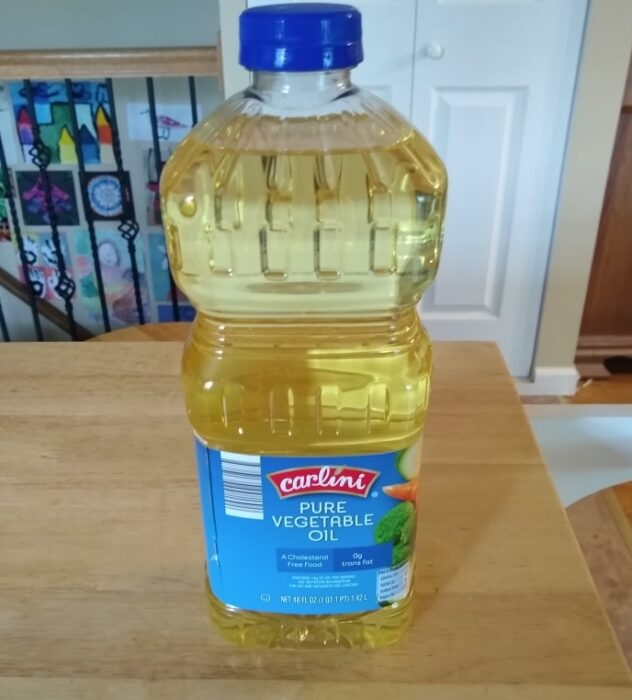 Carlini Pure Vegetable Oil is a Regular Buy, meaning you can find it in Aldi stores all the time. At the time of this post, this vegetable oil comes in a 48-ounce plastic bottle and costs $1.69. That comes out to 3.5 cents an ounce, which is the cheapest cooking oil Aldi sells by a wide margin.

I generally like the bottle. It’s not too hard to use, thanks to an easy-to-open cap and a neck that makes pouring relatively painless. If there’s one gripe, it’s that the plastic is a little flimsy, so when I grab it near the top it sometimes pops in in places. Beyond that, it works.

The debate over what oils are the healthiest or the best for certain situations is an ongoing one, and I won’t attempt to settle it here. I will say that vegetable oil can mean a lot of different things, and some vegetable oil formulations are a combination of oils. In the case of Aldi vegetable oil, the only listed ingredient is soybean oil. Soybean oil has a smoke point of 450 degrees, and it has some health benefits, including heart-healthy fats and omega-3 oils. That doesn’t mean you should assume deep frying with it is automatically healthy (it’s not) but soybean oil isn’t without some positives. 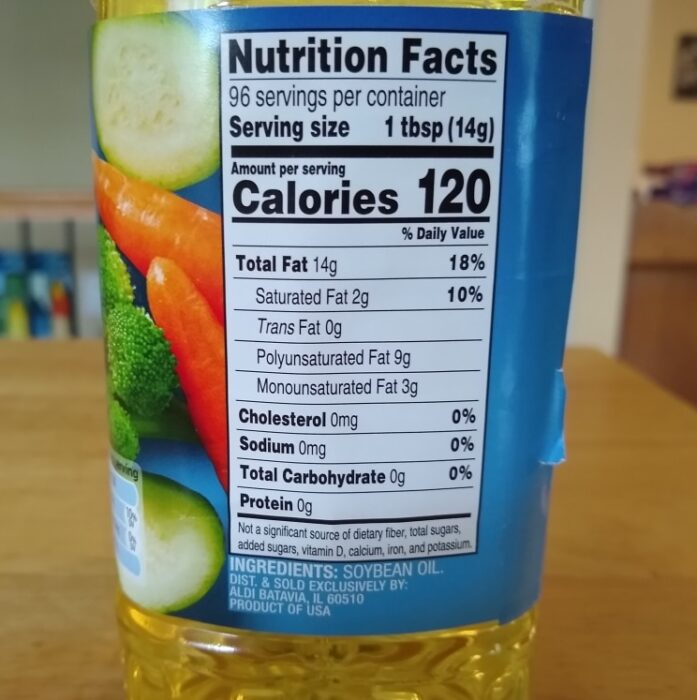 If you need a low-cost cooking oil, this is a pretty good option. I wish the plastic bottle was a bit firmer, but otherwise both the bottle and the oil does the job. If you need vegetable oil, this is as good as anything I can find.