Another winter tradition? Hot cocoa. That’s not to say that you can’t have hot cocoa during other times of the year, because you certainly can. Winter is prime cocoa season, though, when a hot drink can take the chill off of those cold days and frigid nights. If you’re one of those people who likes curling up with their steaming mug and watching the snow fall, you may be practically giddy about the winter months.

You can get your hot cocoa fix in any number of ways. You can shell out for a drink at Starbucks, or you can make it yourself at home. Many consumers opt for something in between, getting cocoa mix from the local grocery store. Aldi, like most grocers, sells hot cocoa pouches that you can buy, which are both convenient and relatively affordable.

There is also another option. If you’re one of those K-cup pod people and you like speedy single-serve drinks that you can get in the office Keurig in 60 seconds, Aldi also sells some of those. 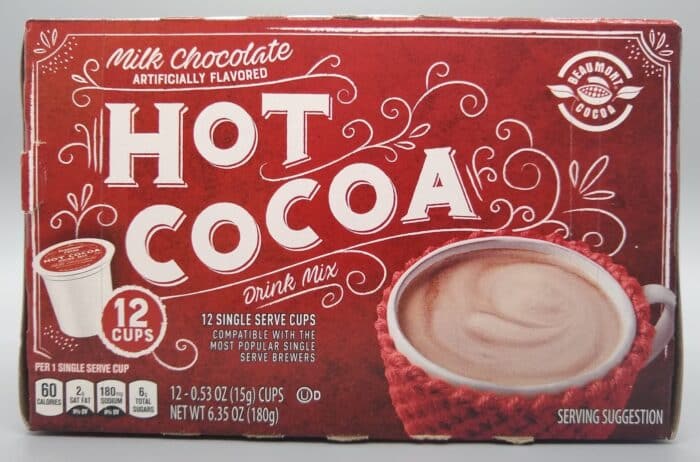 Beaumont Milk Chocolate Hot Cocoa Single Serve Cups are a Regular Buy. That means you can buy them in your local Aldi store all the time. These come in single serve cups that are compatible with most single serve brewers, including Keurig brewers and Aldi’s own single serve coffee maker, which occasionally shows up as an Aldi Find.

Each box comes with 12 cups and currently costs $4.29. That comes out to around 36 cents per cup.

There are two ways to look at that price. On one hand, it’s close to twice what you’d pay for Aldi’s single serve pouch hot cocoa mix. If price is a consideration, the powder pouches are a much better value than these pods. It’s also more than some of the other single serve K-cup pod options at Aldi, including their cappuccino cups.

On the other hand, this is a low price compared to other K-cup pod hot cocoa options. Starbucks K-cups are close to 90 cents per cup. Swiss Miss hot cocoa pods are even more expensive, at $1.04 per cup. Even Walmart’s Great Value pods currently cost 69 cents a cup. If you’re a diligent K-cup person, the Aldi pods are the cheapest I can find. 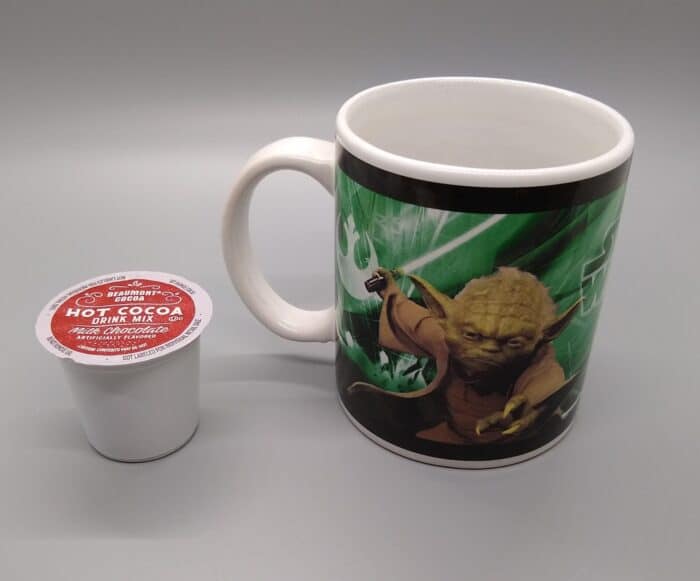 If you’ve used other pods before, these work about the same. You put them in the machine, press the appropriate buttons, and let device do the magic. 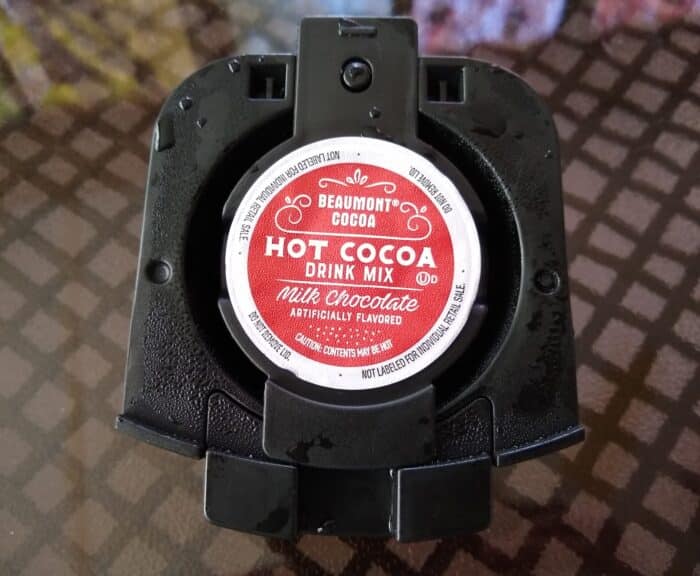 The cocoa comes out pretty good. It’s flavorful and more comparable to the pouches I’ve used to make hot cocoa than I would have expected. My one complaint is that I prefer milk with my cocoa, and since you should never, ever put milk in a Keurig or other single-serve coffee maker, if you want milk you’ll have to add it after you’ve brewed up your cocoa with water. But that’s a problem true to all K-cups, not just the Aldi ones. If you’re okay with a water-based cocoa, this is a pretty good cocoa. 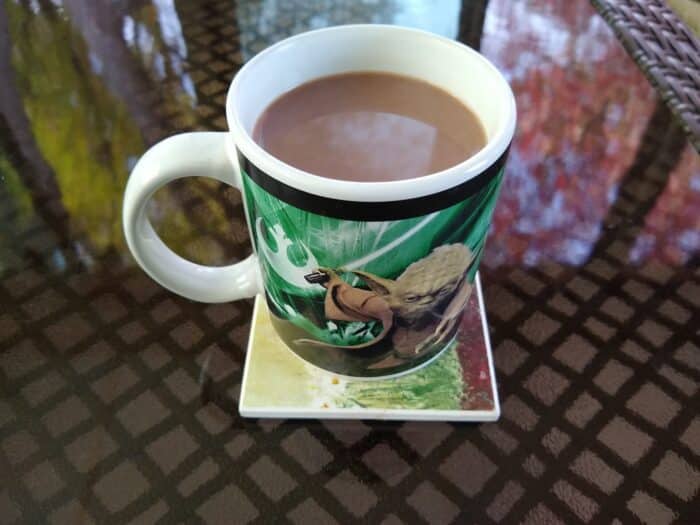 Nutritionally, these do have the virtue of being a little lower in calories than the Aldi powder pouches. Each cup is just 60 calories, and the fat, sodium, and carb contents are modest. On the allergen front, it does contain milk. 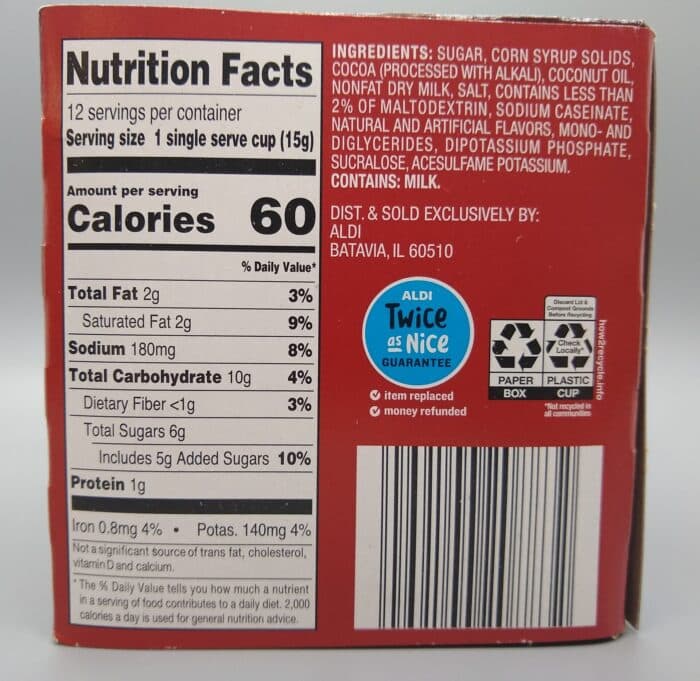 Beaumont Hot Cocoa Single Serve Cups are as inexpensive of a K-cup pod cocoa as we could find. The taste is solid and the pods work with most major name brand brewers. While you can do better with a pouch mix, if you’re looking for something to stock your Keurig, these are worth a hard look.