We’ve tried plenty of stuffing mixes from Aldi over the years. During the holiday months and in the leadup to Thanksgiving, the discount grocer store rolls out several varieties of stuffing, from traditional boxed stuffing mixes to bagged stuffing mixes, to Hawaiian stuffing and even sourdough stuffing mixes. One year we even spotted riced cauliflower stuffing. In our ongoing quest to sample all of the Aldi stuffing options, this year we picked up a couple of gluten free types to try. 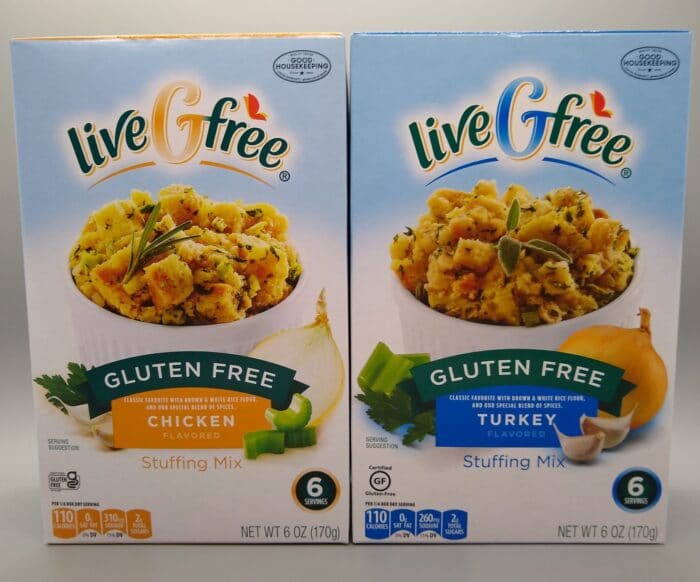 liveGfree Gluten Free Stuffing Mix cost $2.99 for a 6-ounce box at the time of publication. It comes in either chicken- or turkey-flavored varieties. It costs more than a regular box of Aldi stuffing mix, which often runs about a dollar or so per box, but if you need a gluten free option it may be worth it.

This is an Aldi Find, which means it’s only in stores for a short time. (And Aldi won’t ship it to you after it sells out at your local store.) This showed up in our local stores a few weeks before Thanksgiving.

If you’re watching out for allergens, both flavors contain egg and milk. 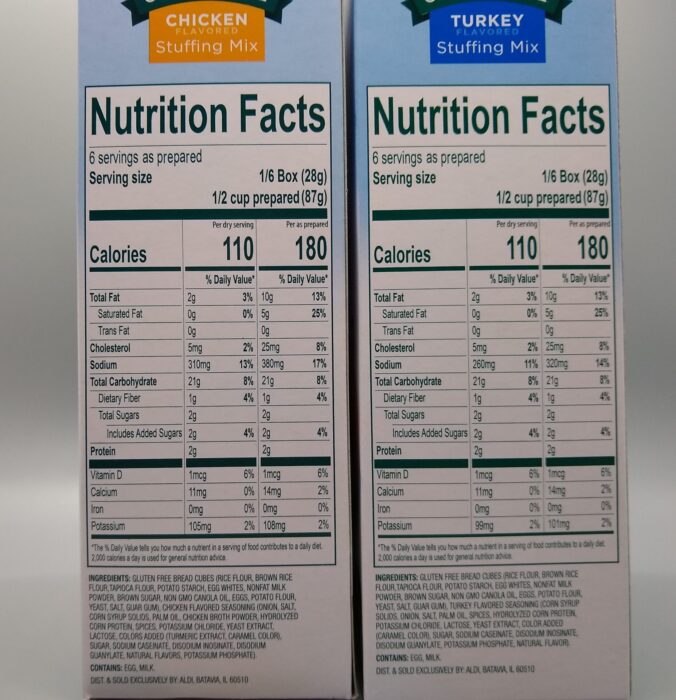 LiveGfree Gluten Free Stuffing Mix nutrition information and ingredients. Chicken on the left, turkey on the right. (Click to enlarge.) 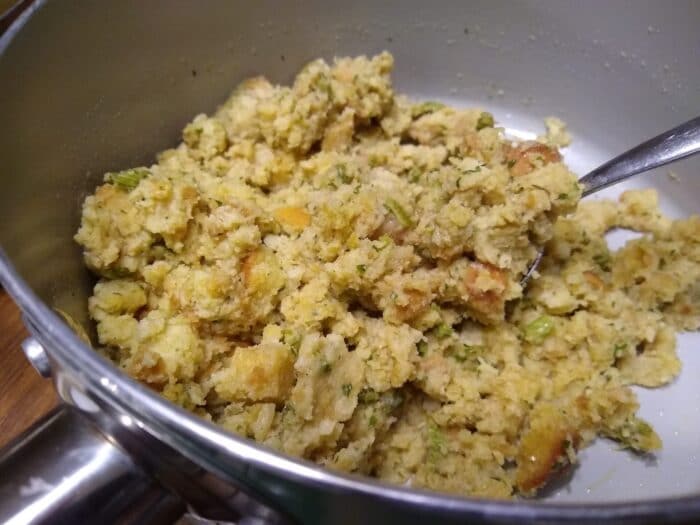 The chicken-flavored gluten free stuffing in the saucepan I made it in.

This stuffing is easy and quick to make, like most boxed stuffing mixes. It has a 10-minute sitting time after you boil the water and butter and stir in the stuffing, which is a little longer than most other stuffing mixes. That just gave me extra time to get the table set, though. 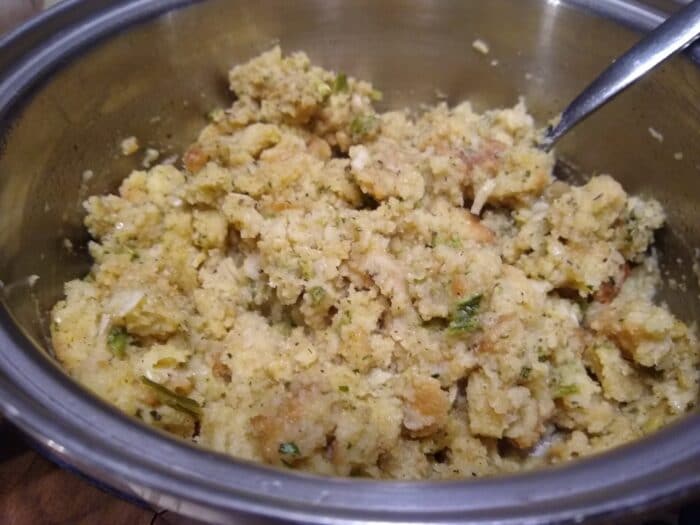 The turkey-flavored gluten free stuffing in the saucepan after making it.

Both stuffing flavors are nearly spot-on in terms of texture. They are a mixture of soft bready stuffing and a few slightly chewy, somewhat harder cubes of breading. My family thought this was fine, but it’s something to be aware of it you prefer your stuffing to have a uniform soft texture. I’m guessing that’s why the directions state to let it sit for 10 minutes before serving, so it has some time to soften. If it really bothers you, an easy fix would be to make this stuffing the day before and store it in the refrigerator, where it could soften for even longer. Then reheat it just before serving. 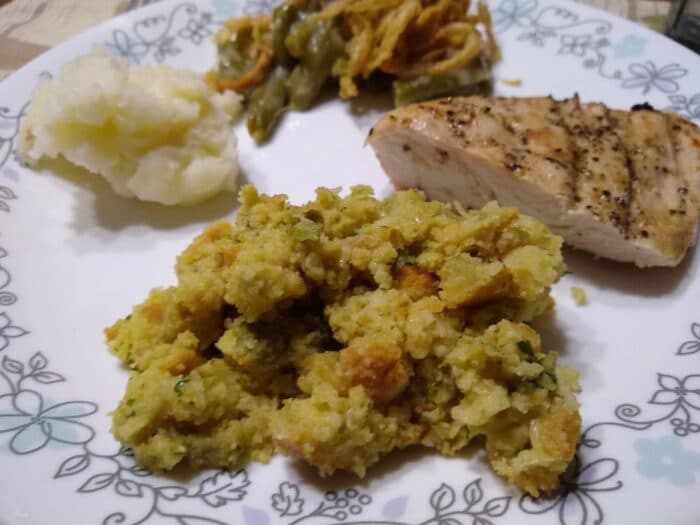 Chicken-flavored liveGfree gluten free stuffing on my dinner plate, along with grilled pasture-raised chicken (from a local farm and not from Aldi), green bean casserole with gluten free French fried onions from Aldi, and mashed potatoes from Aldi.

Most of my family thought the chicken and turkey stuffing flavors were pretty similar. I thought the turkey flavor tasted slightly saltier, but ironically it has the lower sodium count of the two flavors. I slightly prefer the chicken flavor, but they’re both good.

If my family didn’t know these were gluten free, they never would have guessed it. These are definitely worth getting if you need gluten free options for your holiday dinner table.