My youngest daughter has a thing for stuffed animals. Over the years, she’s purchased stuffed bears, dogs, lions, eagles, snakes, owls, monkeys, mastadons, and a whole host of other fuzzies so numerous they could fill Noah’s Ark. She’s never met a stuffed animal she didn’t like.

She’s long been enchanted by the massive stuffed animals Aldi sells around the holidays, but has never been in a position to buy one. That changed this year when a relative gave her enough cash to swipe one. She didn’t hesitate. 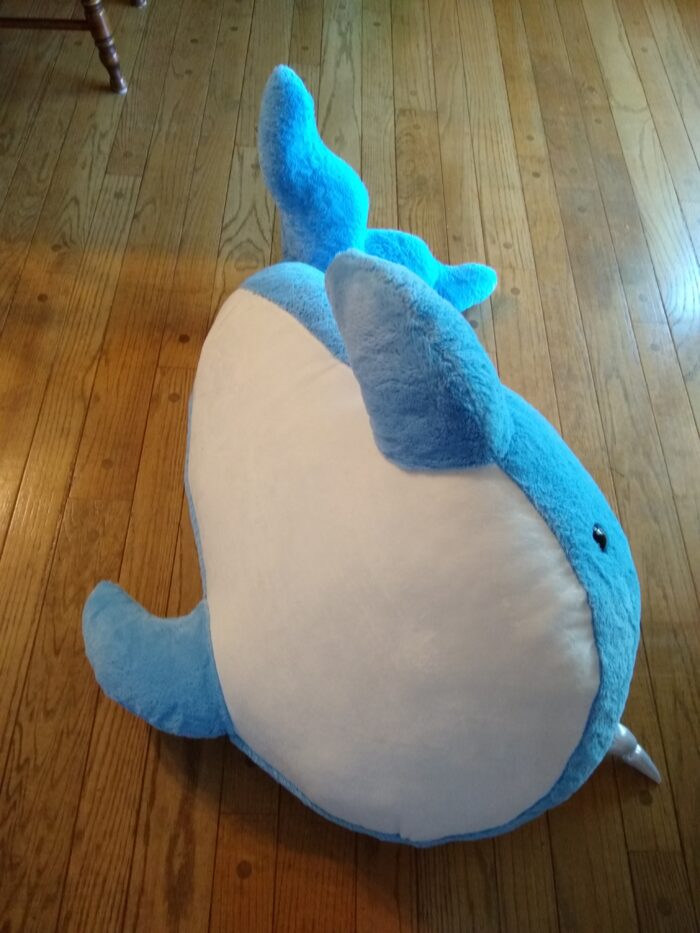 The Bee Happy 42″ Jumbo Plush is an Aldi Find, which means it’s only in stores for a limited time. At the time of this post, the stuffed animals ran $29.99 and came in either a unicorn, bear, narwhal, dinosaur, llama, or bulldog. In our considerable stuffed animal experience, this is a great price for a stuffed animal of this size.

The stuffed animals are listed as being for ages 3 and up. The tag also indicates they are made in China, and they are composed of polyester fiber and elastic band. Beyond that, there isn’t much to them.

Or, rather, there’s quite a bit to them, because these stuffed animals are huge. At 42 inches — or 3 feet six inches — long, they’re as big as any stuffed animal I’ve ever seen. It filled up most of the Aldi cart just on its own, and it had to ride home in the trunk, as it couldn’t reasonably fit in our back seat when our two kids were also sitting back there. I have no idea how our daughter will get it to fit in her bed, although I think that’s the game plan. 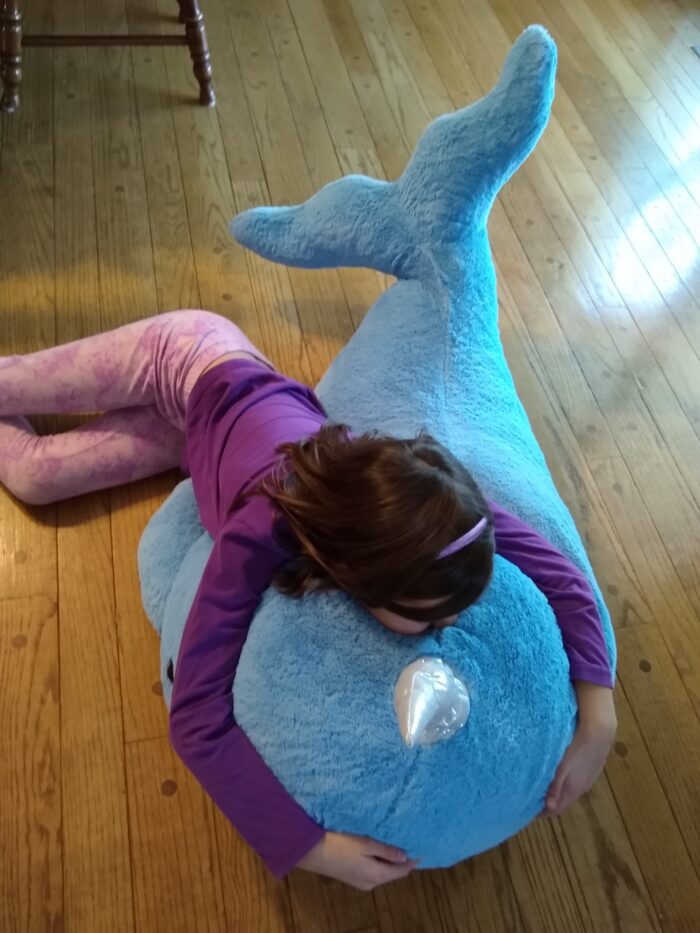 The stuffed animal is big, plump, and plush. The outer layer is very soft and feels as substantial as it looks. We got some attention after grabbing it: one toddler in a cart reached out and patted it as we pushed it through the store, and the young cashier who rang us up said she planned to grab one before she left work.

One observation about the narwhal model is that the white underbelly seems like it could end up looking dirty pretty easily, so keep that in mind. 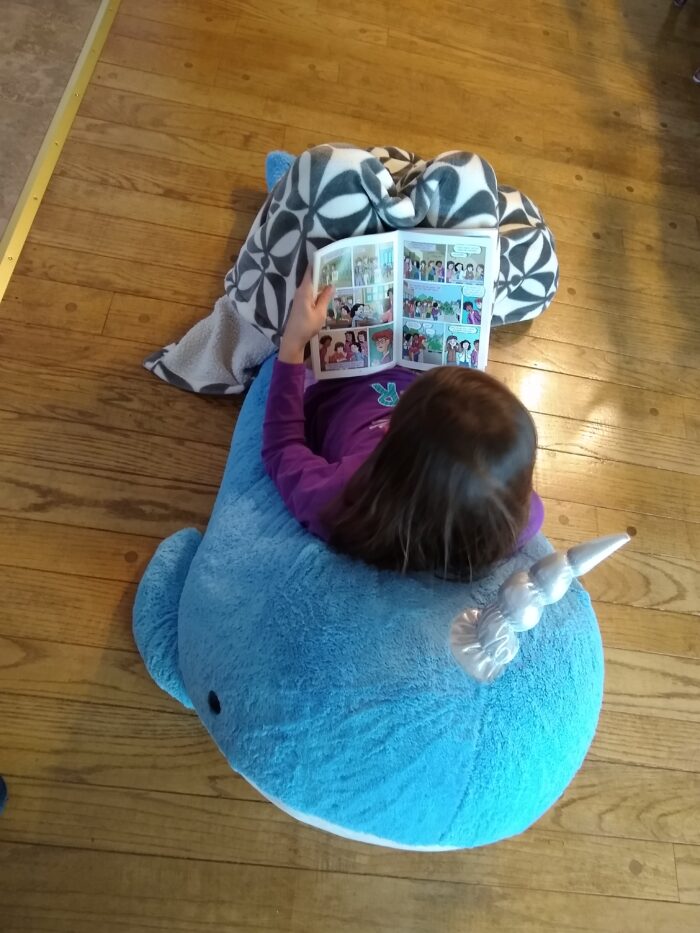 If you have a kid — or a kid at heart — this is a great price on a stuffed animal. It’s soft, plush, and big. It’s also guaranteed to get some attention while you’re pushing it through the store.