Panera Bread is a chain of some 2,000 fast-casual restaurants in the United States, known for their artisan-style soups, salads, sandwiches, pastries, and other items. (Most people may not be aware that the chain, which was born in St. Louis, Missouri, goes by St. Louis Bread Co. in its hometown.) There are some things that I like more than others at Panera — the bread can be a little hard — but I am a big fan of its soup. And no soup am I a bigger fan of than its Cheddar and Broccoli Soup.

From time to time, Aldi sells a few imitations of Panera-style soups, including Bremer Bistro French Onion Soup. Another is this one, the Bremer Bistro Broccoli Cheddar Soup. Both of these soups are Aldi Finds, meaning they’re only around for a little while, and both currently cost $3.99. 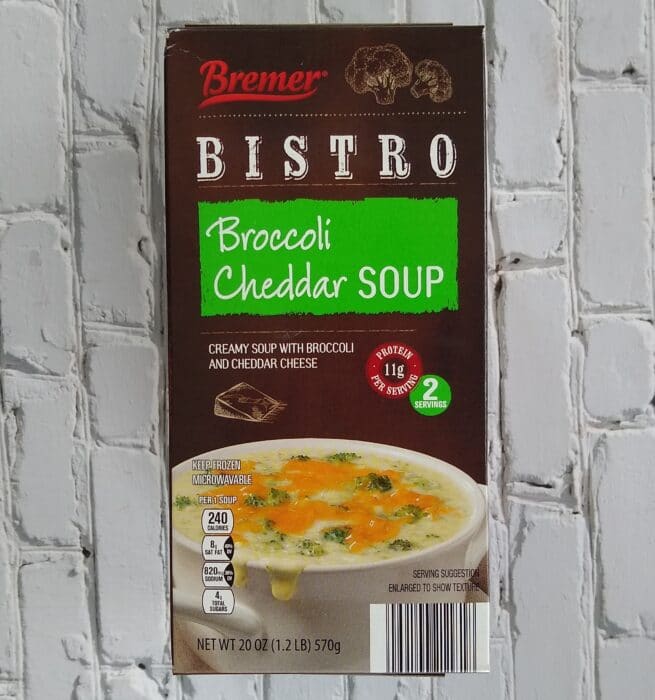 The soup comes in a 2-pack of soup servings. Each individual serving is essentially a frozen brick in shrink wrap. To heat them, you have two options: conventional oven or microwave. 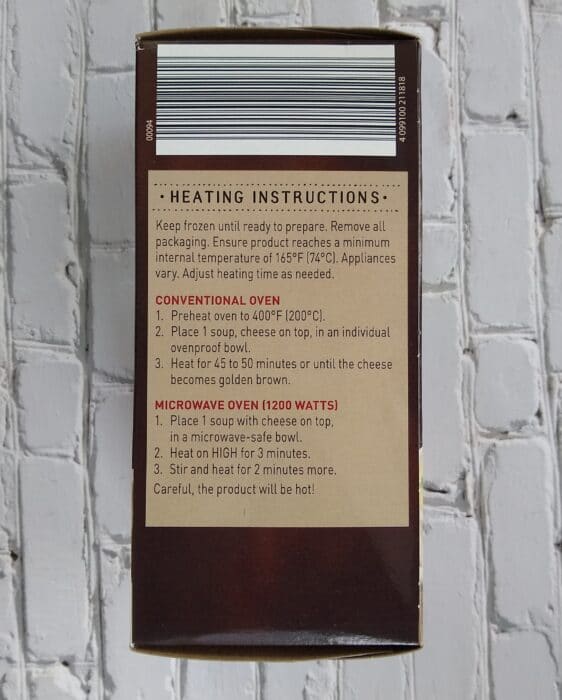 To cook in a conventional oven, preheat the oven to 400 degrees. Then remove 1 soup from the shrink wrap and place it, cheese on top, in an individual oven-proof bowl. From there, you heat for 45-50 minutes or until the cheese is golden brown.

A couple of oven tips. One, I recommend setting the bowl on a Pyrex-style casserole dish or rimmed metal baking sheet in case the soup spills out. Two, you might want to check on the soup from time to time, as it can slide around a little during cooking.

As you can see, the microwave is much faster. You will probably get a crisper cheese on top if you use the oven, but otherwise it’s up to you what you do. In both cases, the soup may be hot at first, so be careful. Also, some of the heat may be unevenly distributed, so I recommend stirring it before eating. 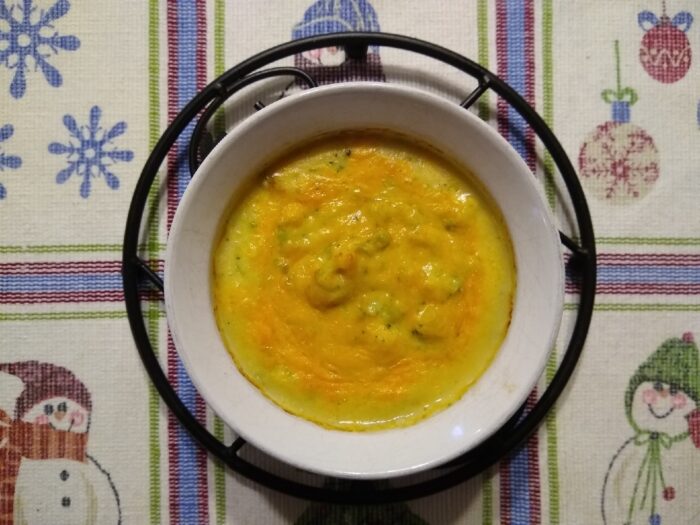 We liked this soup. The flavors are all there, and the broccoli even has a little bit of crunch that I get with restaurant broccoli cheddar soups. The taste was good enough that I didn’t feel like I needed to doctor it up with anything, something I sometimes have to do with other store-bought soups.

Nutritionally, this isn’t a homemade soup, and the ingredients show it. It’s also high in sodium, as most soups like this are. 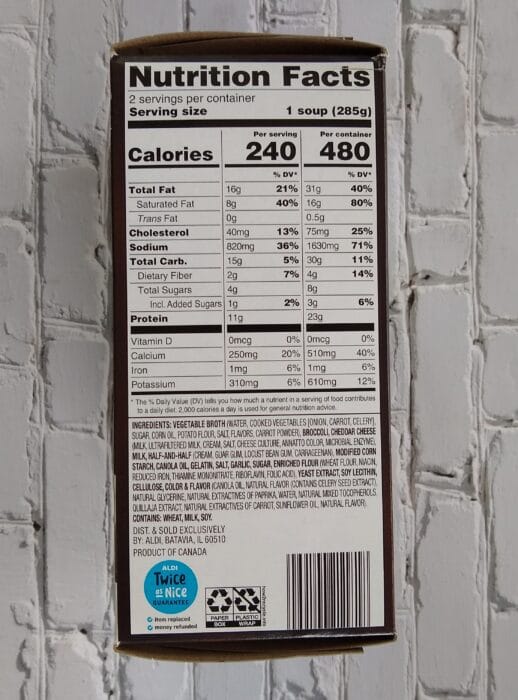 Bremer Bistro Broccoli Cheddar Soup is a great way to get near-restaurant-quality broccoli cheddar soup in your own kitchen. It’s not made-from-scratch, but it’s still good. Too bad Aldi only sells it occasionally.