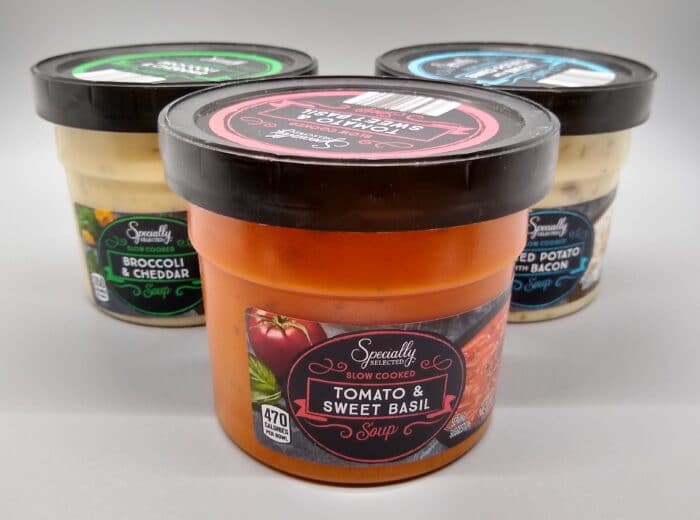 Ideally, it’s best when you can make things from scratch. Life doesn’t always make that possible. Heat-and-serve soups are a popular option for a quick meal because they’re easy to make: you just microwave and eat. It’s even better when you have something you can store at room temperature until you’re ready to heat it, so you don’t have to mess with ice packs or a refrigerator.

On paper, Specially Selected Slow Cooked Soups fit the bill. They can be stored at room temperature, and all you need to make them is a microwave and a spoon. The question is: how do they taste?

I’ll get to that. First, though, a few basics about these soups. They’re Regular Buys, which means you can find them in stores every day. At the time of this post, these run $2.49 for a single-serving 15.5-ounce container.

Heating them is simple. First, you remove the cap. Next, partially peel back the plastic seal to allow steam to vent. Next, heat the individual container in a microwave for 2 minutes on high. After that, let it sit in the microwave for 1 minute. Finally, remove the container (be careful, it may be hot), stir, and eat. I recommend keeping an eye on the soup, as sometimes they can bubble out of the container toward the end of cooking. 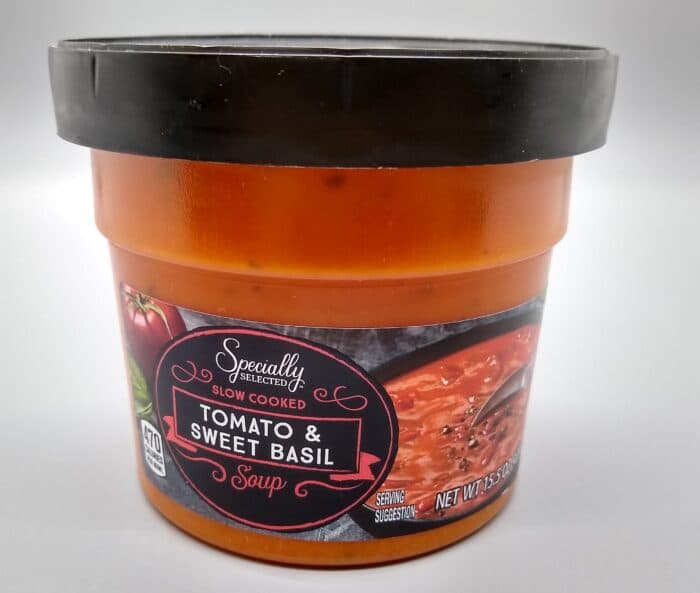 Most of my family likes tomato basil soup, so we had high hopes for this soup. Unfortunately, those hopes didn’t work out. When it says it’s sweet, it’s not kidding — this is one of the sweetest soups I’ve ever had. My wife called it a “dessert soup.” If that doesn’t sound appealing to you, I agree. The ingredients show a sugar amount of about twice per ounce of what we see in our normal Campbell’s tomato soup.

No one in our family liked this, and no one finished even the small quarter of a serving they were given to try it out. 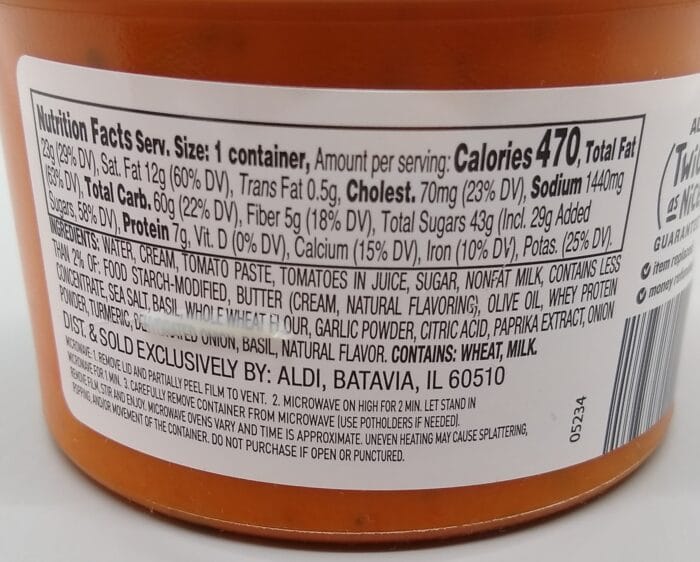 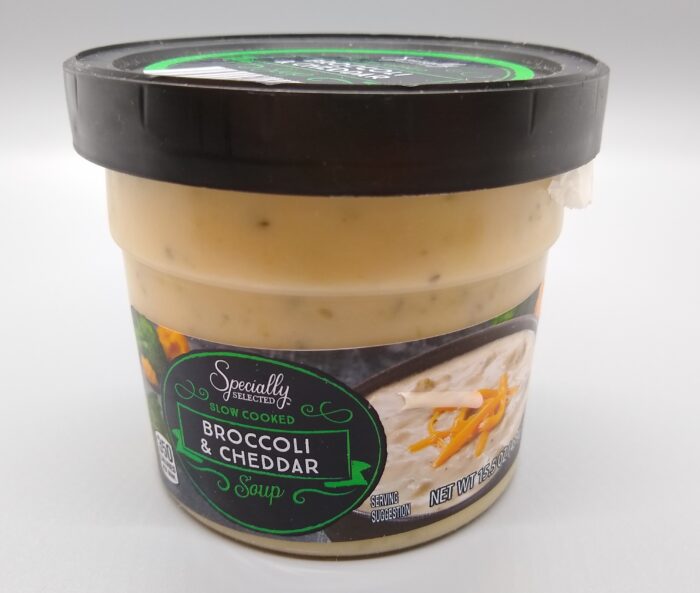 Our family is also a big fan of broccoli cheddar soup. We’ve made it from scratch, and we also liked the Bremer’s Broccoli Cheddar Soup that is sold as an Aldi Find and kept in the freezer.

Our feelings on this broccoli cheddar were mixed. I thought it was okay, but I was the only one. My wife hated it, as did my kids. My wife felt like it had a strange aftertaste, while my kids just found it bland. I will admit that it’s not as flavorful as I would like — it is light on the cheddar / cheese component — and the broccoli texture is pretty soggy, but I do think it’s at least superior to the tomato and sweet basil. 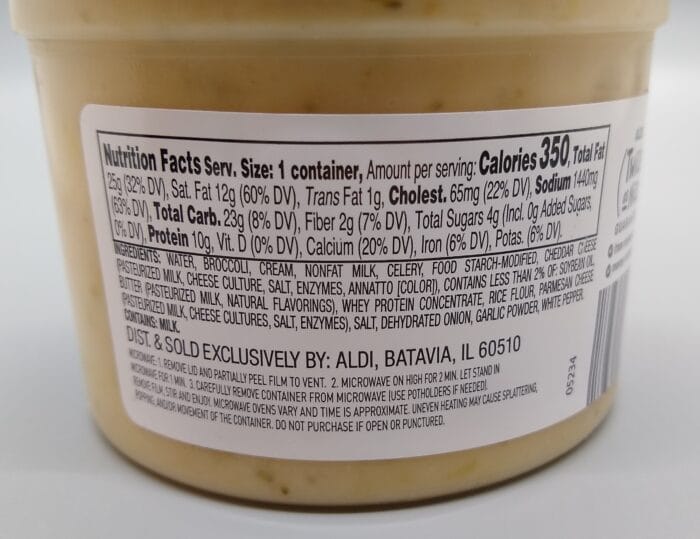 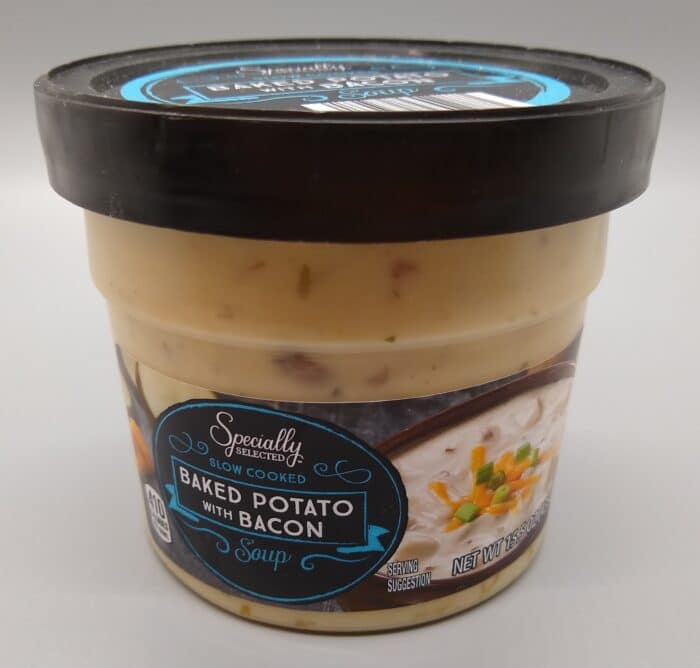 We are known to eat a loaded baked potato soup from time to time, and this is a serviceable one. Everyone in my family felt it was at least decent, and everyone agreed it was the best of the three. I thought it maybe a little on the bland side — it tasted like a canned soup — but it’s got so much sodium already I was hesitant to doctor it up much. Still, among the three it’s probably the winner. 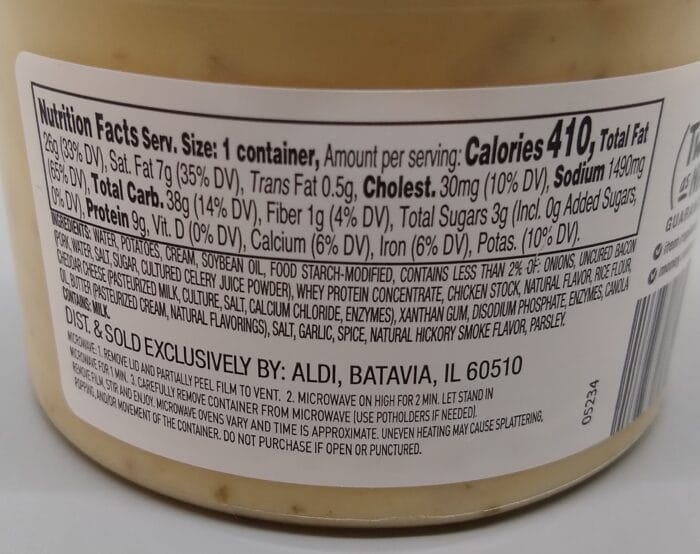 The biggest virtue of these soups is that they can be stored at room temperature and are easy to make, so long as you have a microwave to heat them with and a spoon to eat them with. Unfortunately, the taste leaves something to be desired: the tomato and sweet basil is entirely too sweet, the broccoli and cheddar is lacking in cheddar, and the baked potato with bacon is merely okay. If we had to choose, we’d choose the baked potato with bacon, but in most cases I’d look for something else for lunch if I could.