Special thanks to Dan, who likes hot sauce a lot more than we do, for help with this review.

One of my relatives likes to put hot sauce on his food. He’s especially known to apply some of the stuff to his eggs, spicing up his breakfast with a little sinus-clearing heat. He’s not alone: there is a segment of Americans who love adding hot sauce to their foods, particularly their meat, poultry, and eggs.

For many hot sauce fans, it’s about both the heat and the flavor. Some sauces are all about the heat, while others are more mild but add more layers of flavor. Tabasco, for instance, is a household name of hot sauces — going back to the 1860s — known for both its heat as well as its vinegar-based flavor.

As synonymous as Tabasco is with hot sauce, it’s actually not the best-selling hot sauce in the United States. One of the more consistent names among the big sellers of hot sauces is Frank’s RedHot, which was first introduced in 1920 and is today owned by spice giant McCormick. Frank’s RedHot is not as spicy as some other hot sauces, but it has some heat combined with a distinct flavor that makes it a popular option for everything from wings to nachos.

If you know anything about Aldi, you know that the German supermarket loves to imitate big brands. That’s why it should come as no surprise that Aldi has its own imitation of Frank’s. 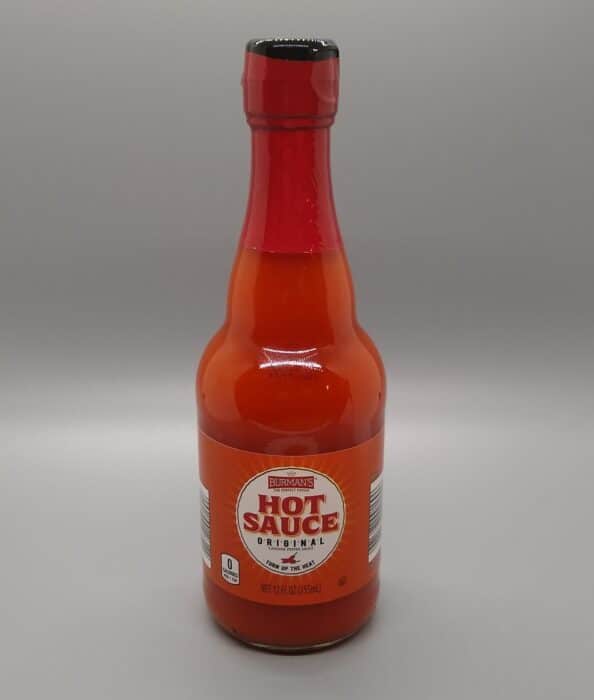 Burman’s Original Hot Sauce is a Regular Buy. That means you can find it in stores all the time. At the time of this post, the 12-ounce glass bottle costs $2.09. That comes out to about 17 cents an ounce. The same-sized Frank’s RedHot currently costs $3.26 at Walmart, or about 27 cents an ounce. From a price perspective, the Aldi stuff is much cheaper.

And make no mistake about it, Aldi is clearly trying to imitate Frank’s. Not only is the Aldi packaging a shameless take on the brand, but the ingredients are nearly identical. Both have aged red cayenne peppers, distilled vinegar, salt, and garlic powder. The one difference is that Burman’s has xantham gum, which keeps ingredients together, while Frank’s has water. Also, Burman’s has 20mg less sodium than Frank’s. 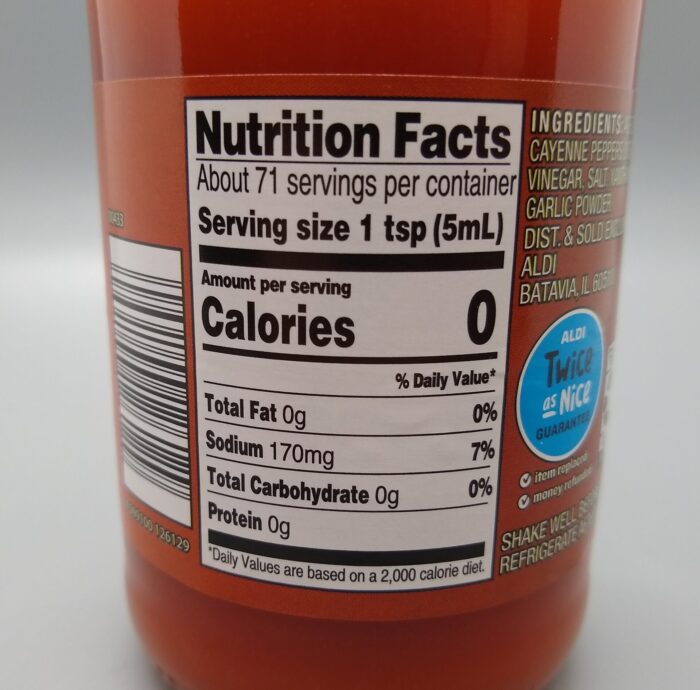 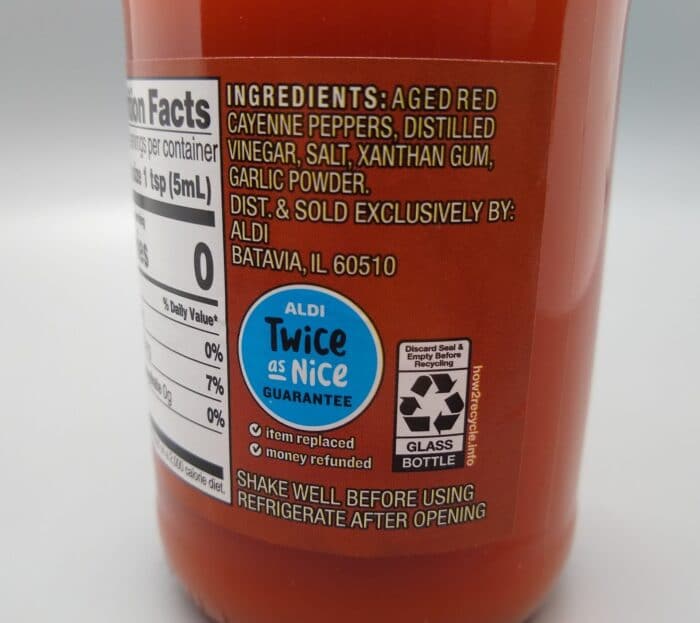 As for taste? We enlisted our local hot sauce fan to try it out. He tried it on a few things, including eggs, and he was impressed. He likes Frank’s RedHot and Louisiana Hot Sauce, and he said Burman’s is right in that territory, with good flavor and about the same amount of heat. In his view, if the sauce is trying to imitate one of those name brands, it succeeds.

Aldi offers a cheap take on Frank’s RedHot if you need it. It has a similar flavor and level of kick, and at a much better price.