Chick-fil-A is one of the more profitable fast food chain restaurants in the U.S., famous for its breaded and grilled chicken sandwiches, its closed stores on Sundays, and its employees who respond with “my pleasure” when you thank them.

Chick-fil-A serves a custom sauce with many of its sandwiches and chicken nuggets, and it’s simply called Chick-fil-A sauce. Chick-fil-A describes the sauce as a “classic dipping sauce with notes of mustard and a smoky tang.” It’s like a honey mustard, with a bit more. Many food bloggers offer ways to replicate the sauce at home using ingredients that include honey, mustard, barbecue sauce, lemon juice, and mayonnaise.

Then, as Aldi is apt to do with many of its products, the discount grocery store introduced its own private label knockoff Chick-fil-A sauces in both the classic and Polynesian styles. 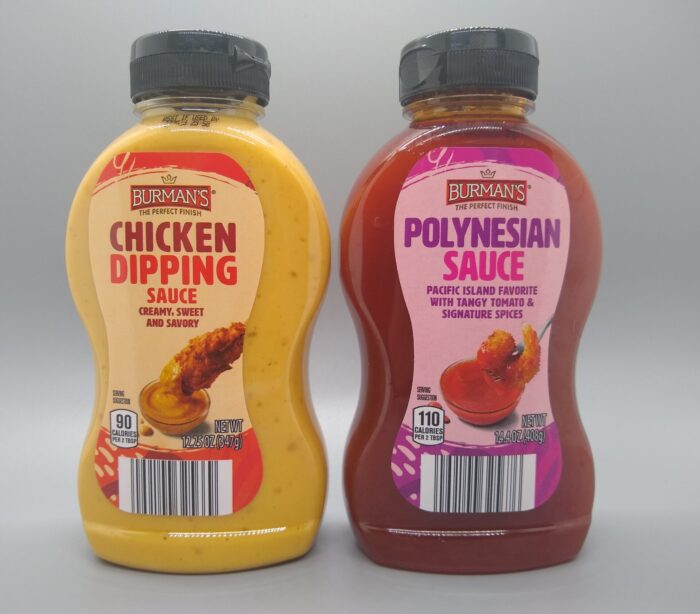 These Chick-fil-A dupes appear to be Regular Buys, which means they should be available at Aldi any time of year. They showed up around the same time as many summer seasonal items, though, so it’s possible they could only be in Aldi stores during the warmer months. We’re not sure yet.

I served both of the Burman’s sauces alongside the Chick-fil-A sauces with chicken nuggets for an easy family dinner. 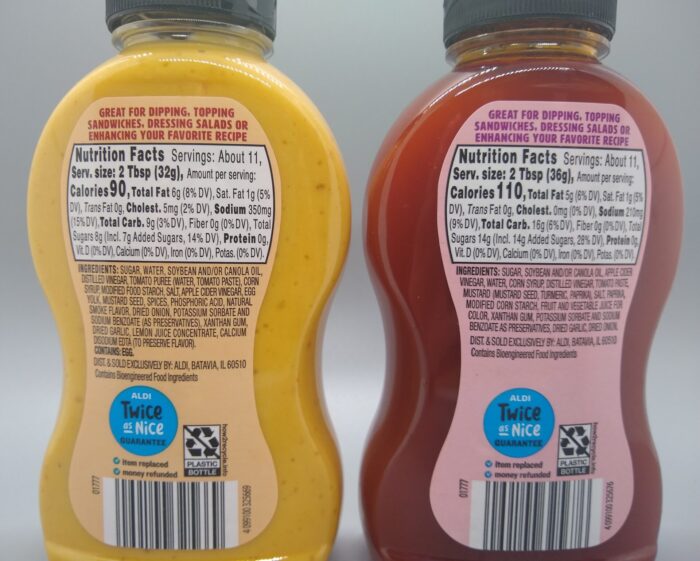 Nutrition information and ingredients for Burman’s Chicken Dipping Sauce on the left and Burman’s Polynesian Sauce on the right. (Click to enlarge.)

Read on for more information about each sauce.

Ingredients are similar though not identical to name-brand Chick-fil-A Sauce.

However, my family’s opinions on this sauce ranged from “it’s okay” to “bad.” Some people described it as having a metallic aftertaste, and they said it tasted “off.” Despite the similar ingredients list, this doesn’t taste quite the same as Chick-fil-A Sauce, so we’ll be sticking with name brand in the future.

If you’re watching out for allergens, this contains egg.

Ingredients in this Aldi sauce are very similar to what’s in name-brand Chick-fil-A Polynesian Sauce.

My family thought this Aldi sauce tasted pretty close to its name-brand counterpart. I recommend giving the bottle a good shake before serving it. I can see the different liquid layers separated in the bottle after it’s been sitting around, so you want to mix it up a bit.