We’ve tried out some of these products, and we’ve found that some of them are better than others. Still, we’re always on the lookout for little ways to make summer life more fun, so when we see new items show up at Aldi we’re willing to give them a look. That was the case when we stumbled on this large pad in a small box. 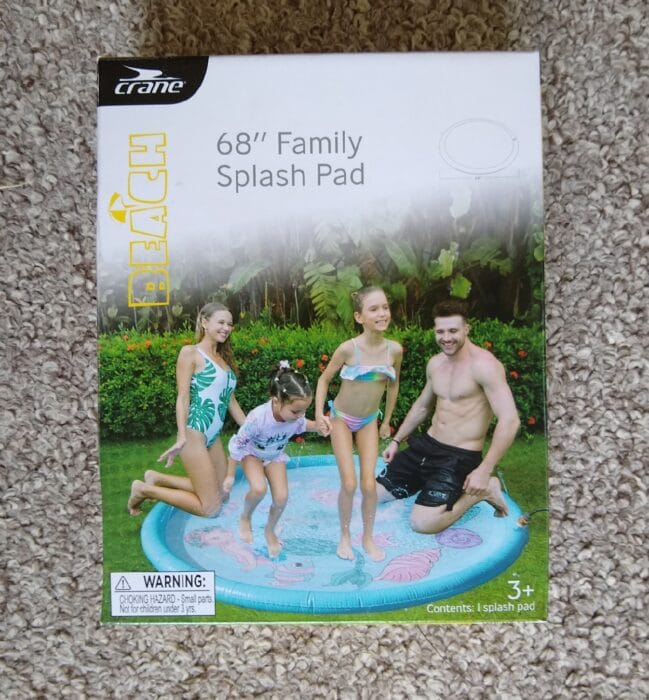 The Crane Beach 68″ Family Splash Pad (Product Code: 704458) is an Aldi Find, which means it’s only in stores for a short time. Once it’s gone, it’s gone, and you can’t order it from Aldi. At the time of this post, the splash pad was $9.99, which is generally cheaper than other splash pads I see online.

The packaging does not indicate who made the splash pad, other than noting that it is made in China, specifically noting its place of origin as Shanghai, China. 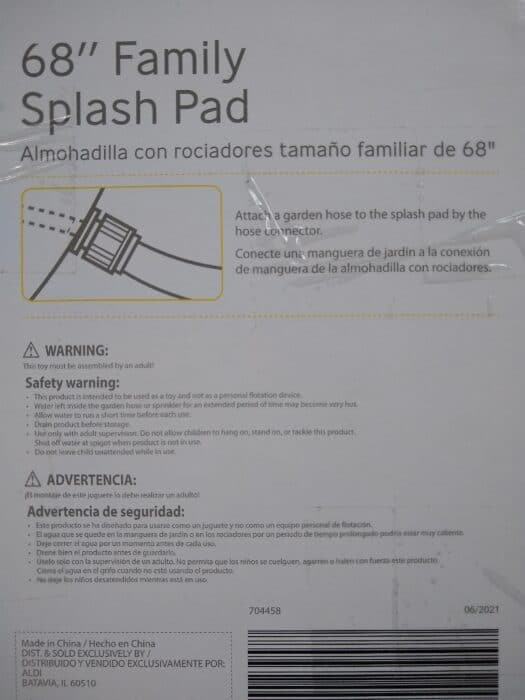 It sets up easily enough: attach a hose, and turn on the water. 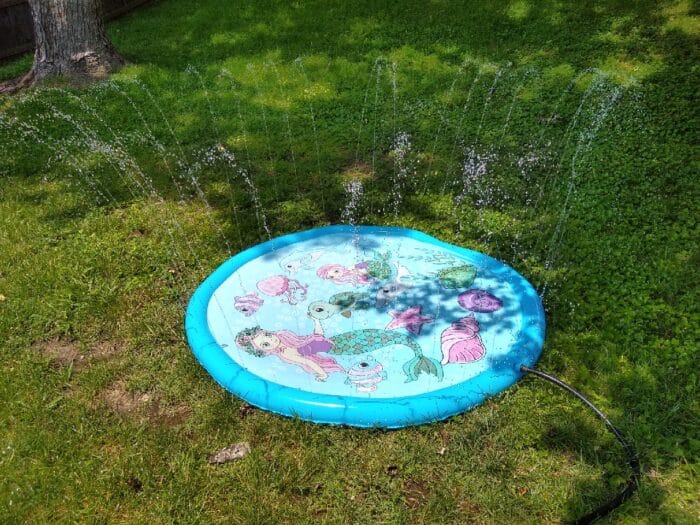 I thought it functioned adequately enough. A lot of the water goes up and even out of the pad. You might be able to fix this by playing around with the angle of the outer ring, and to be fair this isn’t a slide. Still, just know that this is going to kick up a lot of water. 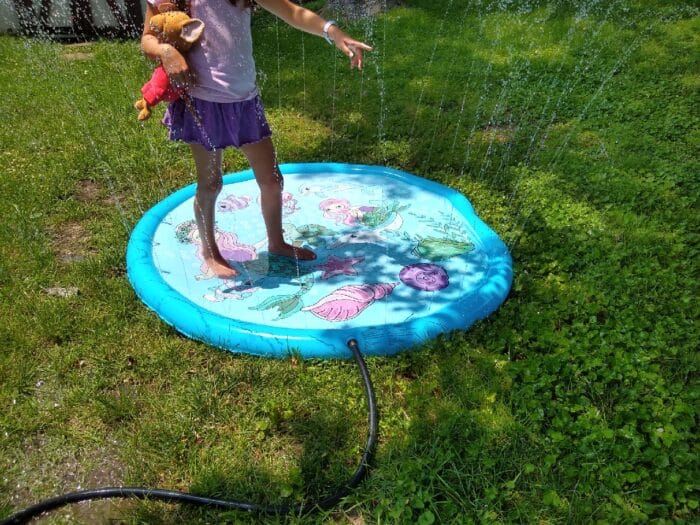 It definitely has splash pad vibes, though. It puts up a nice ring of water streams that kids can hop through, and it’s big enough for at least a couple of decent-sized children to play with at any one time. I don’t know that I’d say it’s good for a family of four to use it simultaneously like the box suggests, but it’s still big enough for multiple kids.

The Crane 68″ Family Splash Pad is one way to add some excitement to the backyard during the summer. I wouldn’t count on it lasting for very long but it looks like it might be fun while it lasts.