There is a scene in the famous Christmas movie Home Alone when the two villains, parked on a street, watch as the house lights come on one-by-one. The houses are empty because the families are on vacation, and the villains have figured out the timers for each home.

There’s more to the movie than that, of course, but it just goes to show that the notion of mechanical timers ha a bit of history, especially around the holidays. Most people don’t need timers for an entire house — in fact, around the holidays, most people only want them for one particular living room fixture. Aldi sells such a timer. 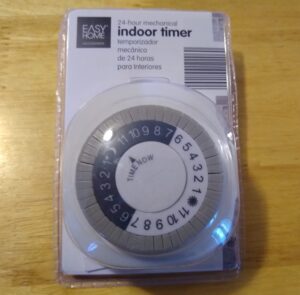 The Easy Home 24-Hour Mechanical Indoor Timer is an ALDI Find, which means it’s not around for long. At the time of this post, the timer could be had for $3.99. You won’t find too many timers cheaper than this, although, as we’ll see, this is a pretty basic timer compared to some. 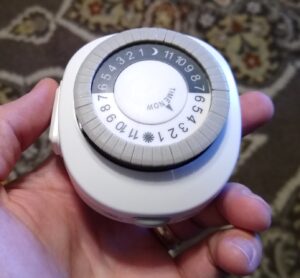 The timer comes with the timer itself as well as instructions in both English and Spanish. 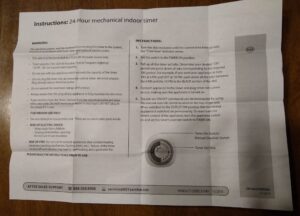 The timer contains the following features:

The plug, incidentally, is a 2-prong non-grounded plug. If you need a grounded 3-prong plug, this isn’t for you. 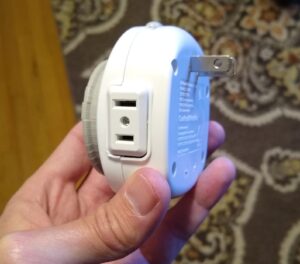 There are a number of warnings on the packaging and in the manual, including:

To set it up, you set the current time to the arrow that says TIME NOW. Next, you pull all the tabs up. After that, you push down the tabs when you want your device on. Any tab that is down is on, while every tab that is up is off. The color-coding on the timer roughly corresponds to daytime and nighttime, so the white 6 and the black 7 correspond to evening, while the black 6 and white 7 correspond to morning. (The sun in the white side is noon, and the moon on the black side is midnight.) 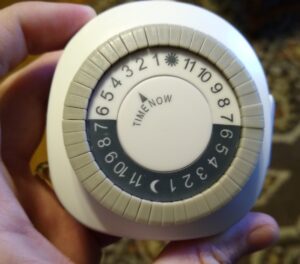 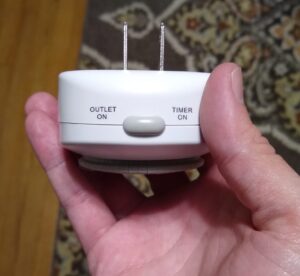