We like to go tent camping from time to time. When possible, we reserve a site with electric hookups, as it lets us power things like phone chargers, air pumps, and sound machines for tuning out the occasional noisy neighbor. Other times, though, we find ourselves on a basic site without any hookups. Basic sites are often more likely to be available and thus easier to reserve (you’re not as likely to be competing with RVs and campers) but it also means you don’t have access to a plug.

We can usually get by with a combination of portable battery packs and, in the case of our phones, charging while inside the car. But not everything is designed to run on a battery back. For that reason, I like to keep an eye out for portable devices that can help make camping more enjoyable for the entire family.

Recently I spotted a portable fan at Aldi. While our tent ventilates well, some of my family members like having a little extra fresh air on their face while sleeping, so I thought this could potentially be useful. I decided to try it out. 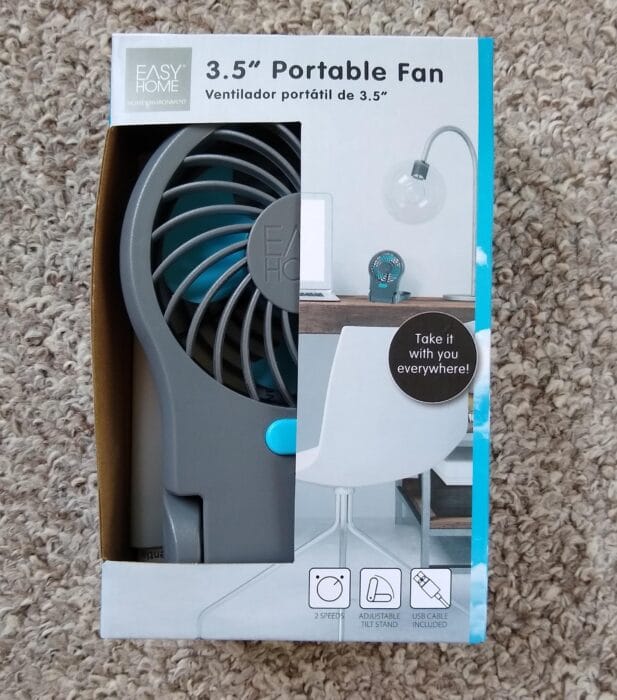 The fan comes with the fan itself, a USB cable that connects to a round DC socket in the back of the fan, a manual, and a warranty card. According to the packaging, the fan comes with a 3-year warranty, serviced by Aspiria Nonfood, a German-based product supplier that also provides service for Aldi products such as Crane Exercise Balls and the Crane Kettle Bell Set. 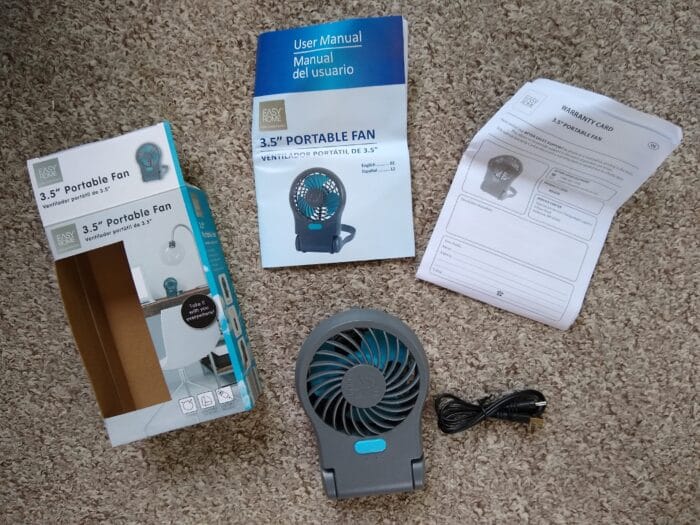 The fan has an adjustable stand, which can be folded up for storage and adjusted to change the fan angle. You can fold it in a way to lay it on a surface, or open it up all the way and hang it. The stand has a groove that you can use to help hang it, although I’m not sure the groove is right for one of my tent hooks. 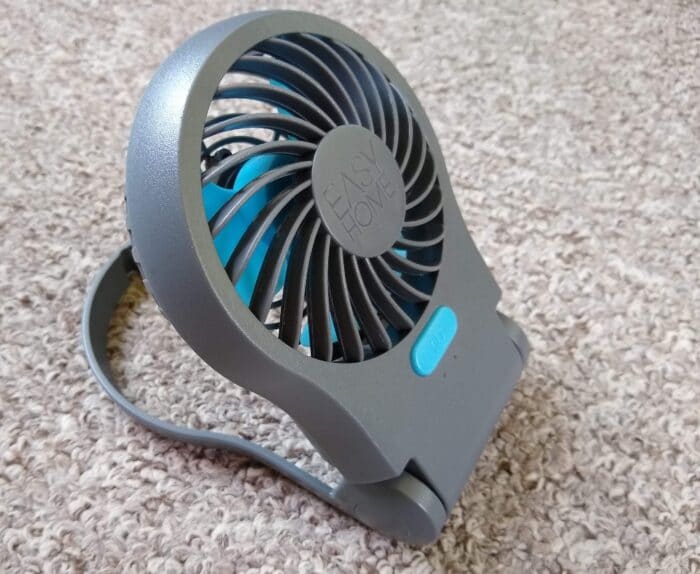 There are two ways to power the fan. One, you can use 4 AA batteries, which are unfortunately not included. The fan does not come with its own battery pack, either, although you could use rechargeable AA batteries. Alternatively, you could power the the fan through the USB cable. According to the manual, when plugged into a USB power supply the fan will draw from that for power, even when there are batteries in the fan. 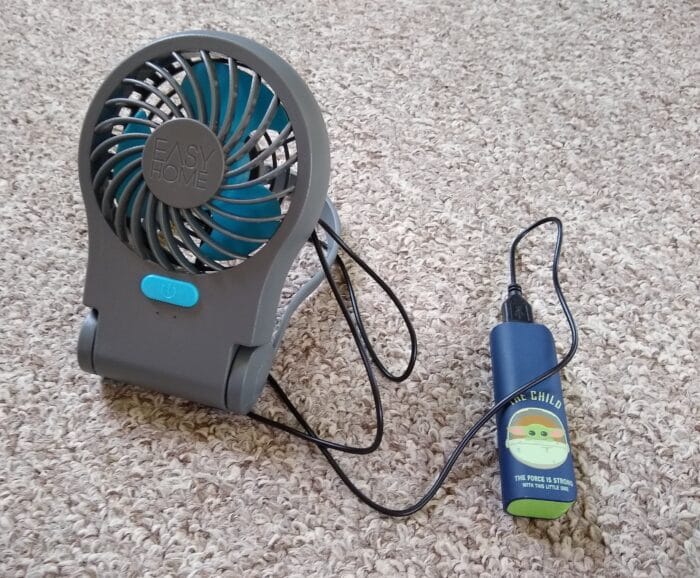 Plugged into another Aldi Find from a while back, our Baby Yoda battery pack.

There is just one button, and it cycles through three settings: off, low, and high. There is a difference between the low and high settings, enough to make them both worth having.

It’s important to note that this isn’t a wind tunnel. It’s a little fan that puts out some airflow if you happen to be within a couple of feet of it. It’s not going to circulate air around a room, but it can be useful for blowing air on your face.

Compact and relatively versatile, the Easy Home 3.5″ Portable Fan is a small way to add some airflow to a small space. It would be nice if it came with a battery pack of its own, but it’s easy enough to power without one, and the price is cheap. The 3-year warranty is a nice extra.