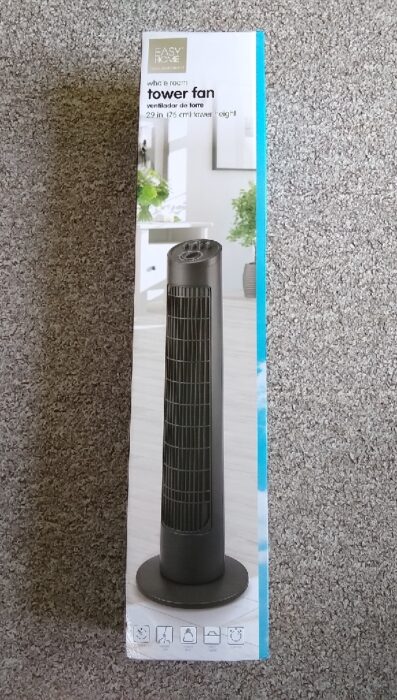 Summer gets pretty hot, especially in the area where I live. Temperatures in the 90s are not uncommon, so keeping the house comfortable is important. Air conditioners are the most effective way to make a house comfortable, but they cost money to buy, maintain, and use, and not everyone has an effective one.

Fans don’t lower the temperature, but they do help you feel cooler by moving air over your skin. That can be helpful in the summer for making a home more comfortable, especially for those people trying to keep costs down by keeping the home temperature higher. Aldi sells a number of fans during the year, including box fans, table fans, and even window fans. Every once in a while, Aldi also sells a tower fan. 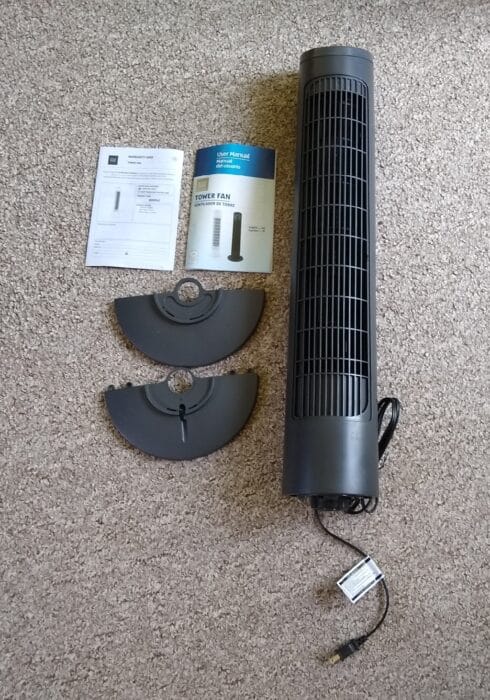 The Easy Home Tower Fan, out of the box. (Click to enlarge.)

The Easy Home Tower Fan (Product Code 800941) is an Aldi Find, meaning it’s only in stores for a short time. At the time of this post, it retailed for $19.99, which is far cheaper than most other tower fans we’ve seen out there. At the time of this post, the fan comes with a 1-year warranty, serviced by Protel, a common Aldi warranty company. In addition, the warranty card indicates that the service center is Hegele Logistic in Illinois, which shares the same physical address as Protel. 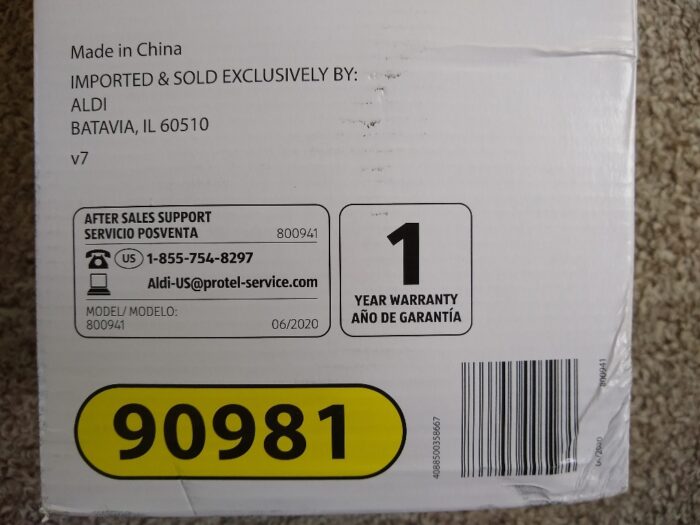 The tower fan comes with:

According to Aldi, the fan’s features include:

There is a little assembly required, and you’ll need a Phillips head (cross head) screwdriver to do it. The base comes in two separate pieces, and you’ll need to put the pieces together, screw them until they fit, then remove a ring nut from the bottom of the fan, slide the base in, and then tighten the base against the fan with the ring nut. It took me less than 5 minutes. 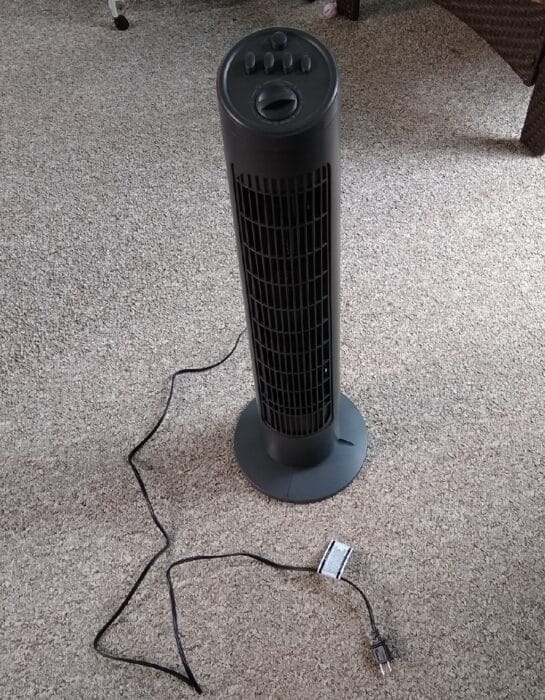 The fan claims it’s “whisper quiet,” and while it’s not silent — it makes a whirring noise — it is noticeably more quiet than my box fans. That’s good if you’re looking for something that doesn’t make as much sound, but it may not be what you need if you are looking for white noise.

The fan also claims it has a “sturdy base.” While I wouldn’t put it on a shelf, it feels reasonably stable and only gives a little when you move it. You figure it has to give a little to allow it room to move back and forth when it oscillates.

The controls are all at the top. There is a single button to switch between stationary and oscillating, four buttons to set the speed, and a knob that lets you set a timer. Turning on the fan involves first either setting the timer knob or turning it to the on position, then pushing the speed button you want. 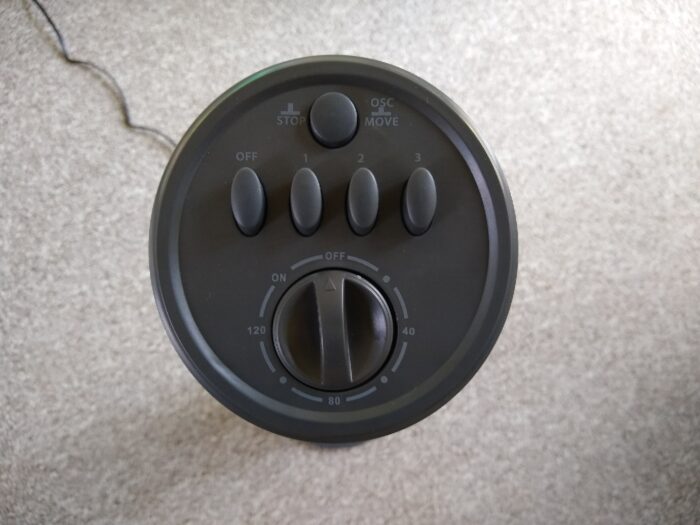 Overall, I’d say the fan does its job. It’s not the wind tunnel that a box fan is, but it puts out plenty of air, especially on high, and it’s slender enough that it doesn’t take up a lot of room like a box fan does.

If you need a tower fan, Aldi sells a tower fan. As you would expect from Aldi, it’s inexpensive, and it does the job, thanks to a compact profile, a decent feature set, and a solid airflow. Time will tell how long it lasts, but it does come with a 1-year warranty.