EDITOR’S NOTE: When we bought two of these box fans, one small part was missing from one of the boxes. You can read about our experience with the warranty company here.

In the summer months, when things start to warm up, there is perhaps no more effective way to cool off than simply moving the air. While fans don’t actually cool the air, they do make you feel cooler, and that can be very important, especially if you’re trying to save a little on air conditioning costs or if air conditioning isn’t an option at all.

Box fans are one of the most common ways to cool a room. They’re large but also portable, capable of small breezes or larger gusts, and — most importantly — they are generally inexpensive both to purchase and operate. In the summer, Aldi sells them. 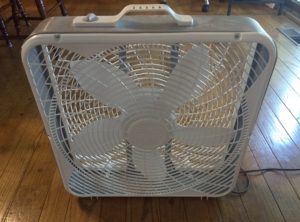 The Easy Home Box Fan from the front. (Click to enlarge.)

The Easy Home 20″ Box Fan is an ALDI Find (Special Buy), meaning that it’s only in stores for a short time. At the time of this post, it retailed for $14.99, which is cheaper than the majority of box fans out there and is as cheap as any fan we’ve seen. Inside the box is the fan itself, two feet for stabilizing the fan, and a manual. The fan comes with a 2-year warranty, serviced by Chicago American Manufacturing. 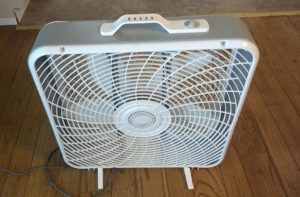 The Easy Home Box Fan from the back. (Click to enlarge.)

Setup is easy. Insert the feet into the slots at the bottom of the fan, plug it in, and turn it on. 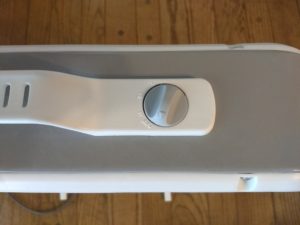 The plug does contain a fuse, which the manual explains how to replace if it ever comes to that, although we’ve never had to do so. 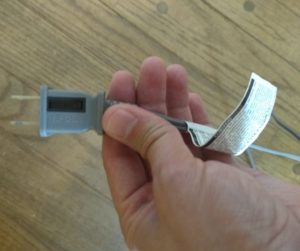 We’ve owned two of these fans for about a year now, and after intermittent use of each, we can say they seem to work fine. Both of them sound like box fans and perform like box fans, and both of them keep pretty steady — no rattling — even on the highest speed. In our experience, box fans don’t last forever, but these seem to be comparable to box fans we’ve purchased elsewhere, and they’re maybe even a little better.

The Easy Home 20″ Box Fan performs just the way you’d hope for a box fan to perform. It is easy to assemble, easy to use, and keeps stable at high speeds. It has a decent build quality and has performed well over a year of use, although it also comes with a 2-year warranty if you need it. For $15, this is a solid choice if you need a box fan. We like it.