Not long ago, I tried an Aldi product that has been much-hyped in stores overseas in England and Australia. It was halloumi fries. Halloumi is a cheese that hails from the Middle East, and it has a high melting point, making it ideal for frying or grilling because it doesn’t get runny when heated. The halloumi fries were a hit in my household, so I decided to try another halloumi product I noticed on the shelves in the refrigerated section at Aldi: halloumi grilling cheese. 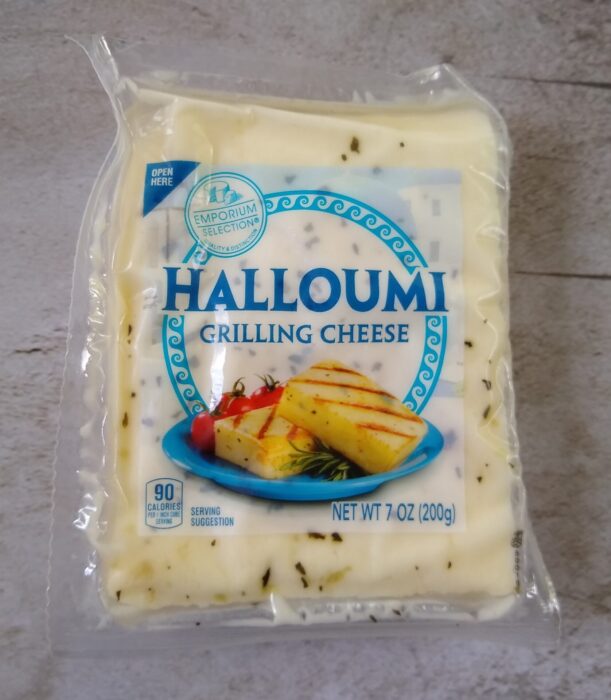 Emporium Selection Halloumi Grilling Cheese cost $3.49 for a 7-ounce package at the time of publication. It’s a product of Greece.

This appears to be a Regular Buy that is available all year at Aldi.

Unlike the halloumi fries I tried earlier, this halloumi grilling cheese is sold in a solid block rather than being pre-sliced into fry shapes. 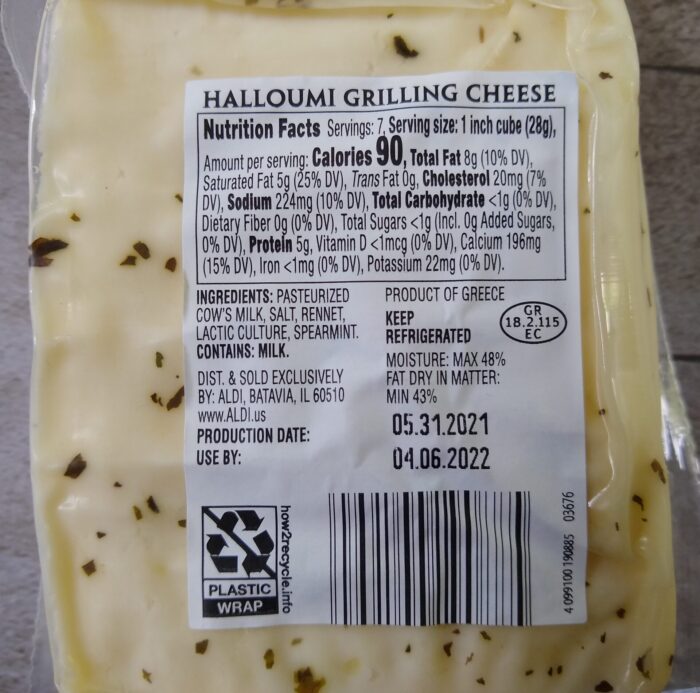 There are no grilling or heating instructions on the package, but an internet search indicates that you typically cut halloumi grilling cheese into slices that are about half an inch thick, then grill them for 3-4 minutes on each side until they have grill marks, are lightly golden and crisped, and are warmed through. (We’ve also seen people talk about air frying halloumi fries, and you could probably air fry this as well.)

The first time we grilled this cheese, I sliced it into long, skinny pieces and we tossed them on the grill, and the slices started falling through the grill while they were cooking. We ended up with cheese that looked like this: 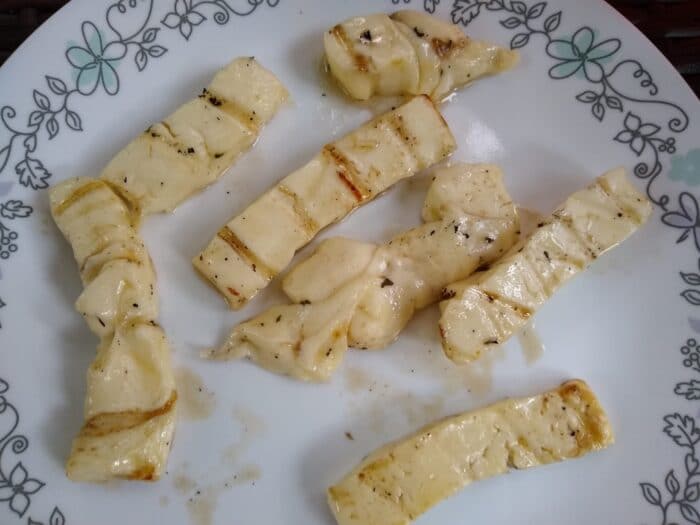 It was warm and had some light grill marks, but we had to take it off the grill early. These had a good charcoal grill flavor and everyone ate them and liked them.

A little more research into grilling halloumi cheese indicated that you’re not necessarily supposed to cut the cheese into long, skinny slices but instead cut it into broad slices, creating a shape similar to a couple of slices of bread. I bought another package of the Aldi halloumi grilling cheese and we fired up the grill again to cook this and some Wahlburgers. Because the Aldi cheese block isn’t that thick, we just tossed the entire thing whole onto the grill. We cooked for about 3-4 minutes on each side and then took the cheese off the heat, but it probably should have stayed on the grill for a longer amount of time because it wasn’t very golden. 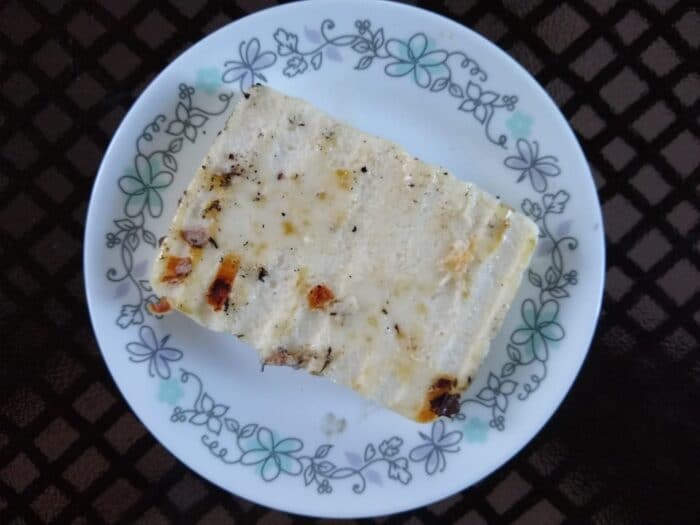 Aldi halloumi grilling cheese after a few minutes on the grill.

Next time, we’ll experiment with leaving the whole cheese block on the grill longer. In the meantime, after slicing the block, we crisped up the slices a little more in a skillet over the stove top, until they looked like this. 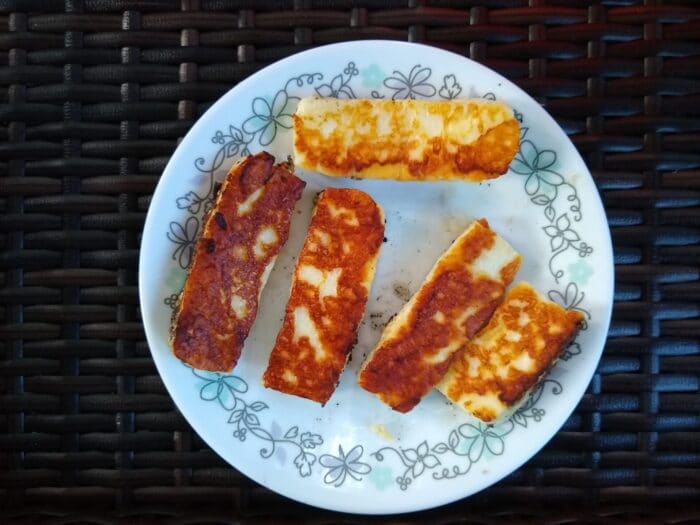 We didn’t leave our cheese on the grill long enough, so we quickly crisped it up in a skillet.

Even after cooking them until they were golden and crisp, this cheese had a squeaky texture when we bit into it, similar to cheese curds. Also, even though this contains spearmint, we couldn’t taste it. It simply tastes like salty grilled cheese, and it’s pretty good. It’s good enough that even if we haven’t quite perfected the grilling process, we’re likely to buy this again and continue to practice and try to get it just right. It’s a nice low-carb alternative to serving traditional potato-based French fries alongside a burger or other entrée.

Emporium Selection Halloumi Grilling Cheese is made with a type of cheese that has origins in the Middle East. Halloumi has a higher melting point than other cheeses, making it ideal for grilling or frying. It may take some trial and error to grill it just right. We recommend tossing the whole block on the grill and cooking for several minutes on each side, until it’s golden and lightly crisp. It’s a great low-carb substitute for popular sides such as French fries.