There’s something about Aldi activity trackers that brings out the curiosity in people. The Crane Wireless Activity Tracker, which has been sold in a few different forms over the years, is one of our most popular single-item posts of all time. Likewise, we’ve seen a lot of interest in the iTECH Fitness Watch, another fitness device from Aldi that does a lot of the same things. When you consider how expensive Fitbits and other more well-known fitness trackers can be, this isn’t much of a surprise. 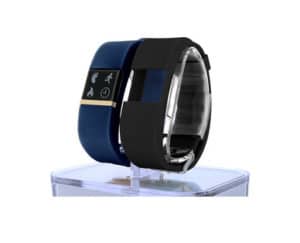 The iTECH Fitness Watch, which retailed at the time of this post at Aldi for $24.99, appears to be a slight rebranding of a product called the iFitness Activity Tracker, which is sold at some big box stores. The iFitness tracker uses a different app from the iTECH fitness watch, although the two look to function almost identically, as you can see here (iFitness) and here (iTECH).

The iTECH Fitness Watch features include:

There are some features we don’t see on the watch. For one, there is no indication with either the iTECH or the iFitness on water resistance, so we have to assume that this isn’t something to go swimming or showering with. Two, it doesn’t say anything about heart rate or the ability to customize step size, so you can probably assume those features are out.

In our experience, one of the most important parts of any fitness tracker is its app, since a lot of the functionality is dependent on the app. The Android and iPhone apps are relatively new, so at the time of this post we don’t have a lot of feedback on them. However, we do know more about the iFitness apps made by the same company. A look at those apps (here and here) shows a 3.0 average out of 5.0 on Google Play and a 3.7 out of 5.0 on the Apple App store. Those are not terrific scores, although they are better than the terrible reviews of Aldi’s Crane Wireless Activity Tracker app, so the iTECH may be a better bet than the Crane.

As for the watch itself? There isn’t a lot online on that one, although what we could find on the iTECH’s counterpart, the iFitness, is mixed. The biggest complaint is the band staying on. We’re not sure if this problem persists with the iTECH.

There are a lot of unknowns at this point with the iTECH Fitness Watch, although for the budget price of $29.99, it may be worth the risk for some people. The apps, at least, appear to be better than the ones for the other fitness tracker Aldi sells. We’d be very interested to hear feedback from users in the comments.