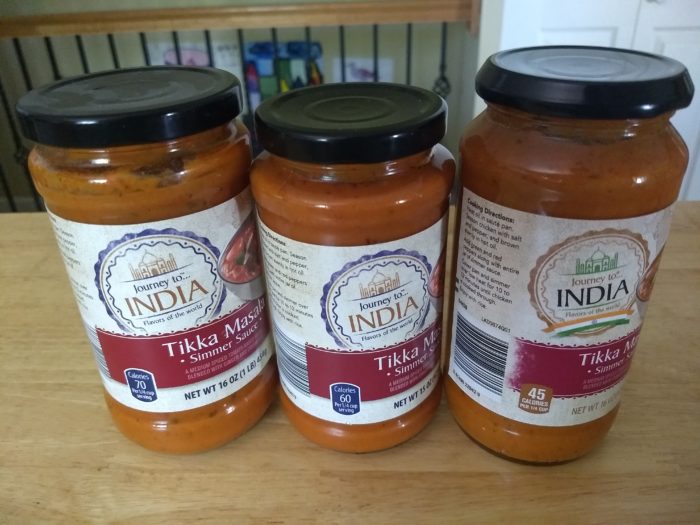 EDITOR’S NOTE: Aldi has started selling yet another tikka masala, this time under the Cook House private label. Rachael has a review of that here.

Aldi sells a wide selection of Indian food, both as part of its Regular Buy lineup and in its rotating ALDI Find lineup. One of the staples of both lineups are simmer sauces that can be used with meats or vegetables to create full Indian dishes.

Aldi is also known to reformulate its products from time to time. That’s not a surprise. What is a surprise, though, is when Aldi reformulates a product as frequently and as dramatically as we’ve seen with Journey to India Tikka Masala Simmer Sauce. At the time of this post, in mid-2019, there are a full three different versions of this sauce available at different Aldi stores in our area:

All three bear the same label, but all are different in terms of ingredients. We decided to put all three to the test. 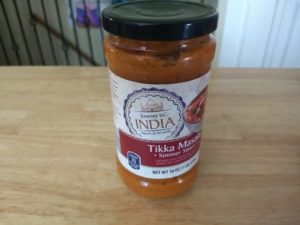 In the first year of our website, we wrote up a roundup on the Aldi Regular Buy Indian food options. We discussed several products, all of which we thought were good. But the real star of the show was the 70-calorie Journey to India Tikka Masala Simmer Sauce, which we think of as the “original” sauce, since it was the sauce on the shelves when Aldi Reviewer launched in 2016. We think it’s not only the best of the Aldi Indian sauces, but it is the best store-bought tikka masala sauce we’ve ever tried, even over tikka sauces we’ve purchased from local Indian and international grocers. I was reminded of this not long ago when I went with my family to a well-respected local Indian buffet … and came away thinking that Aldi’s original sauce was awfully competitive even to that restaurant’s sauce. I really think it’s that good.

Everything about this sauce works. It’s got rich flavor, a medium heat, and it soaks in beautifully with chicken. (We’ve also tested it on lamb and loved it.) It’s even better the second day. 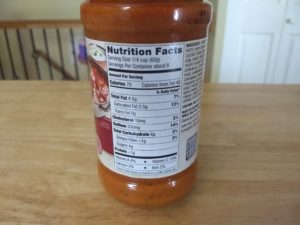 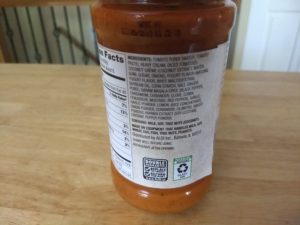 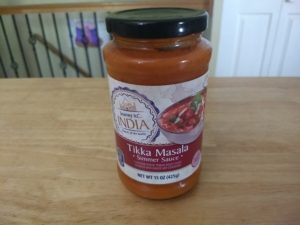 The taste is adequate, although our testers found it inferior to the original 70-calorie version. It’s not as creamy and lacks the same degree of rich flavor the original has. We were able to compensate a little by sprinkling in a little garam masala — Aldi sold some as an ALDI Find a while back — but it still wasn’t quite the same. 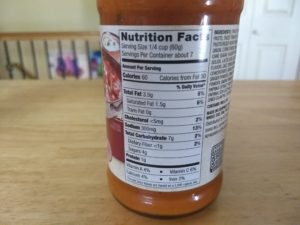 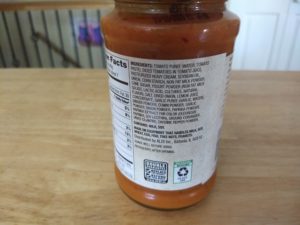 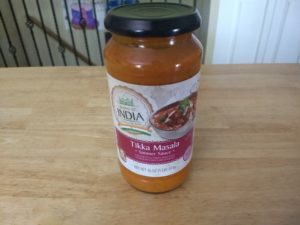 We first got word about this new reformulated Aldi tikka from others online in January of 2019, although we did not find it in our local stores until June 2019. It’s easy to spot because it has 45 calories per serving rather than the original 70 calories.

It’s a more dramatic reformulation from the original 70-calorie tikka. The 45-calorie version not only lacks coconut creme and garam masala like the 60-calorie version does, but it also has no cayenne pepper and lists water as its first ingredient. On the other hand, it is a little creamier than the 60-calorie tikka (maybe because there’s more sauce than the 60 calorie version), although has about the same creaminess as the 70-calorie original. Also of note: this has the lowest fat content and sodium content of the three sauces.

Almost all of the chatter we saw online regarding this 45-calorie version was negative. After trying it ourselves, we found it to be rather bland. It has much less flavor than either the 70-calorie or even 60-calorie versions, and even adding some garam masala doesn’t really fix it. It’s not a terrible sauce, in our view — at least some of our testers said it was okay — but it was telling that, in our test, no one was really coming back for seconds or begging to get the leftovers. It’s on par with forgettable sauces we’ve gotten at big box stores. 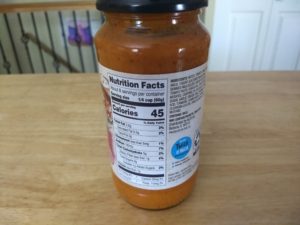 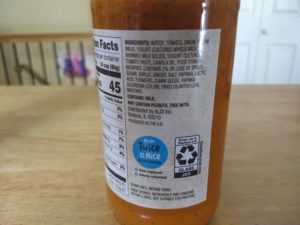 That health upside comes at a cost, because in our view the new tikkas just don’t taste as good. The 60-calorie is decent, at least, on par with some of the jarred sauces we’d had from other places, if not terribly memorable. It isn’t as good as the 70-calorie sauce — the taste isn’t as good and it is less creamy — but some people might find it good enough to be worth a try. We can’t quite bring ourselves to recommend it, but it’s also not the worst tikka we’ve had.

The 45-calorie sauce is worse. It’s mediocre, like the one-and-done jars we’ve tried from Target or Walmart that just didn’t do it for us. While it’s creamier than the 60-calorie version, it’s bland and doesn’t have much taste or kick. It’s on the lower tier of tikka sauces we’ve had and we can’t recommend it.

Most of the time, Aldi tweaks are for the better: as in better products, better taste, or better prices. But every once in a while the tweaks are not for the better … and we feel like that’s what happened to Aldi’s tikka masala. The 70-calorie tikka was a gold standard for jarred tikka masala sauces and a go-to meal for us. We can’t say the same about the 45-calorie version or even the 60-calorie version. Color us disappointed.