Beginning in 1880 and lasting for over a century, incandescent bulbs were the only option for lamps, ceiling fans, and most other fixtures. The problem: incandescent bulbs wasted most of their energy as heat, with only about 5% of the energy translating into visible light. Florescent tubes emerged in the 1940s, but it wasn’t until the 1980s that the first spiral florescent bulbs (CFLs) hit the market, and it wasn’t until the 2000s that those CFLs were affordable. CFLs last longer and use less energy than incandescent, but they also contain a small amount of mercury and can shatter.

CFLs, though, are yesterday’s news. In the 2000s, LEDs emerged, but in the early days they were far too expensive to be a competitive option. That’s changed, to the point where LEDs are the best-selling bulbs out there, and in many cases they are as cheap or even cheaper than CFLs. Add in the fact that LEDs are more efficient, longer-lasting, and more durable than CFLs, and it’s no wonder they’re popular.

You can find LED bulbs nearly everywhere: at your local big box store, your local hardware store, even your local pharmacy. I also see them at my local big grocery store. Every once in a while, even Aldi sells them. 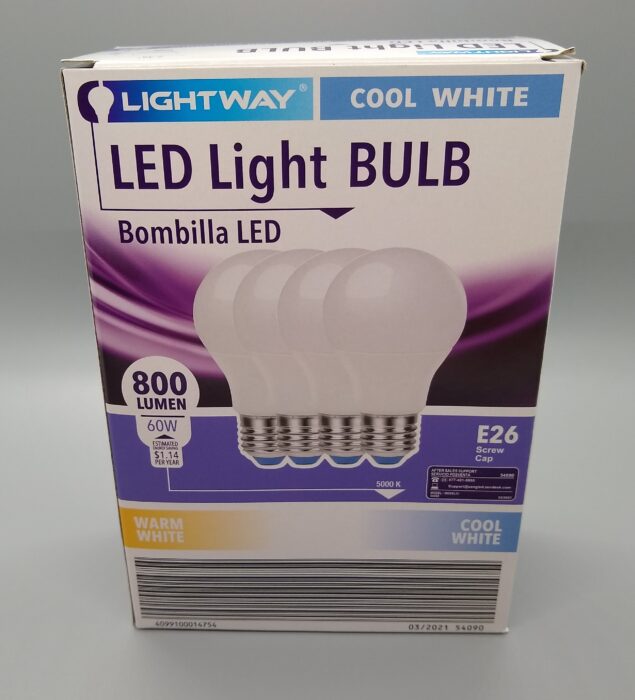 Lightway LED Light Bulbs are an Aldi Find, which means they’re only in stores for a short time. Once they’re gone, they’re gone. In my experience, they seem to show up maybe two or three times a year. Aldi doesn’t always vigorously advertise them, either, so there are times I’ll see them on shelves when I wasn’t expecting them. 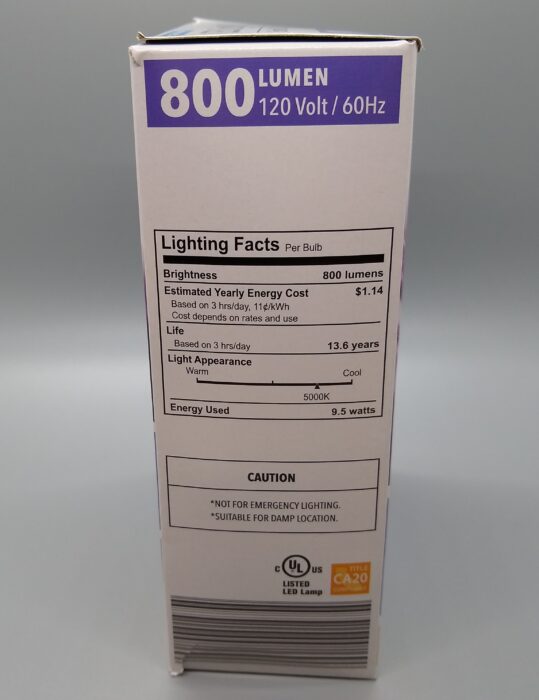 At the time of this post, Aldi was selling a 4-pack of bulbs for $3.99, or right around a dollar a bulb. This is a good price for an LED bulb — you’re not liable to find a much better deal unless you buy in bulk, and even then I wasn’t able to find much out there below 87 cents a bulb for a big 24-pack. Aldi doesn’t always have the cheapest technology, but in this case this is a cheap buy. 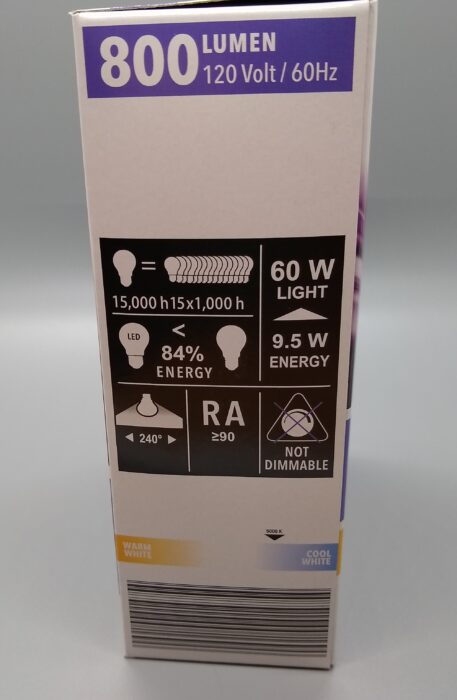 These bulbs are 60W equivalent bulbs, or about 800 lumens. They’re 5000K “cool” bulbs, which means they’re going to put out a blue-white light as opposed to the orange light of an incandescent. They’re also non-dimmable, so you can’t use them with a dimmer switch. The bulbs are backed by a 1-year warranty, which according to Aldi is serviced by Sengled, a Shanghai-based lighting manufacturer.  The box indicates they are made in China. 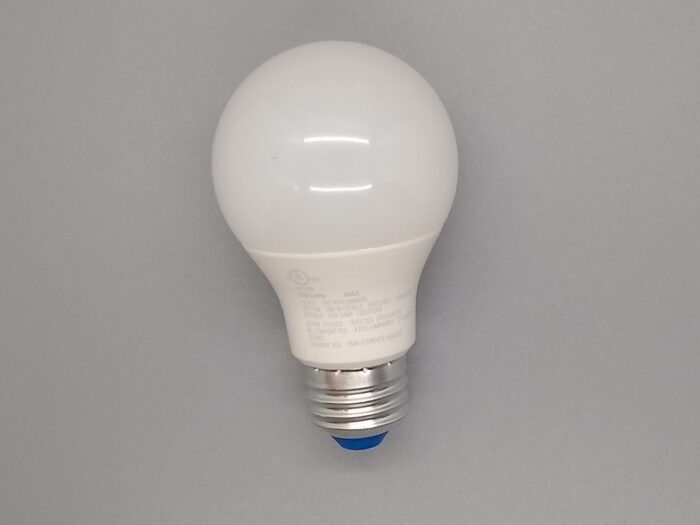 The bulbs look and behave much like other LED bulbs we own, and in fact they are maybe slightly faster. There is always a slight delay when turning on an LED, but the Aldi bulbs were just a hair faster turning on compared to the GE LEDs and generic hardware store LEDs we had in the house. It also stays on a split moment longer than the others. This is one of those things you would likely not notice during everyday use, but it’s worth pointing out. 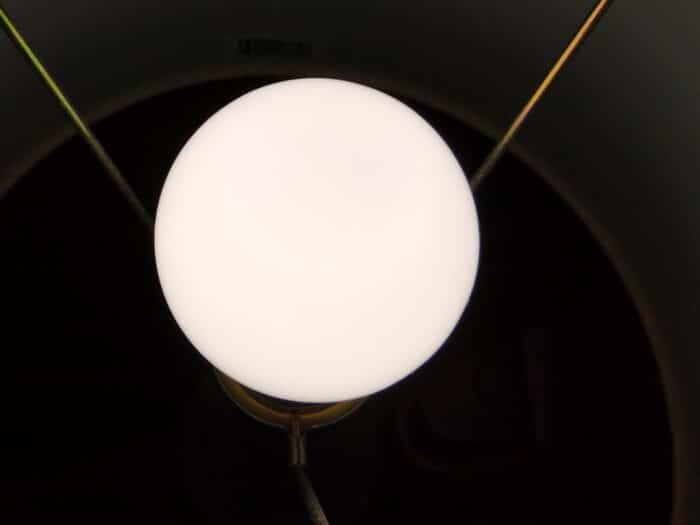 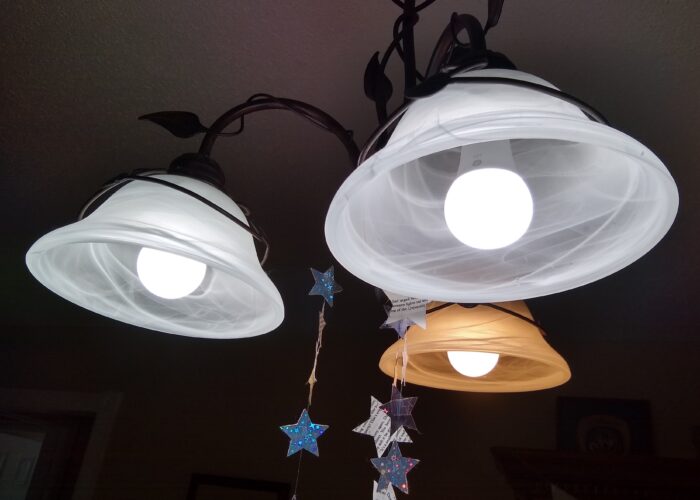 Aldi (at left), GE (at right), generic hardware bulb (back)

My big question is longevity. LEDs are supposed to last for years, and hopefully that turns out to be the case. We’ve installed our Aldi bulbs in a couple of light fixtures we regularly use, and we’ll update this post as time goes on.

Lightway LED Light Bulbs are exactly what you expect in a 60W equivalent bulb. They light up quickly, put out the light they say they do, and overall they perform as expected. They’re also competitively priced. Time will tell how they last, but they do come with a 1-year warranty.