If you’ve shopped at Aldi for any length of time, you’ve probably seen the selection of take and bake pizzas the discount grocer sells in its refrigerated section. They are reasonably priced, generally between $4.50 and $6 per pizza depending on the variety and toppings, and many Aldi fans say they are as good as takeout pizza.

Our family agrees the Aldi take and bake pizzas are pretty good. They come in several varieties, including cheese, supreme, and mega meat. One of our favorites is the mega meat. 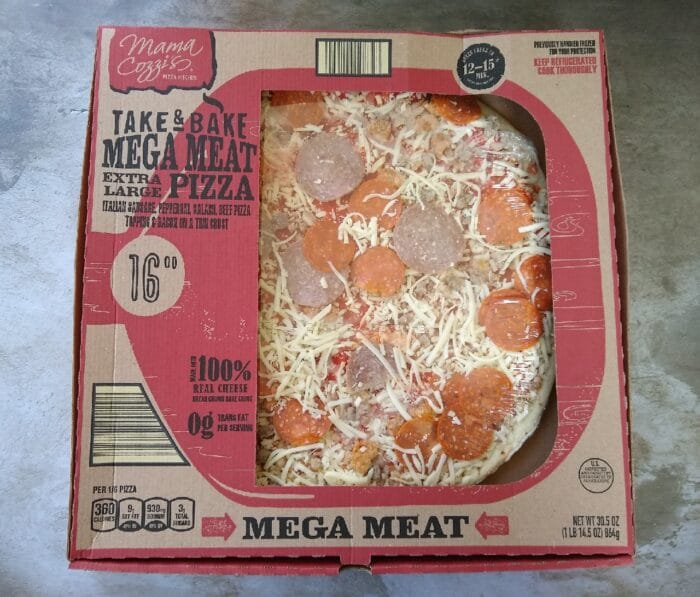 Mama Cozzi’s Take & Bake Mega Meat Extra Large Pizza cost $5.99 at the time of publication. It has Italian sausage, pepperoni, salami, “beef pizza topping,” and bacon on a thin crust and is made with real cheese.

This is a Regular Buy, which means it’s in stores all year. 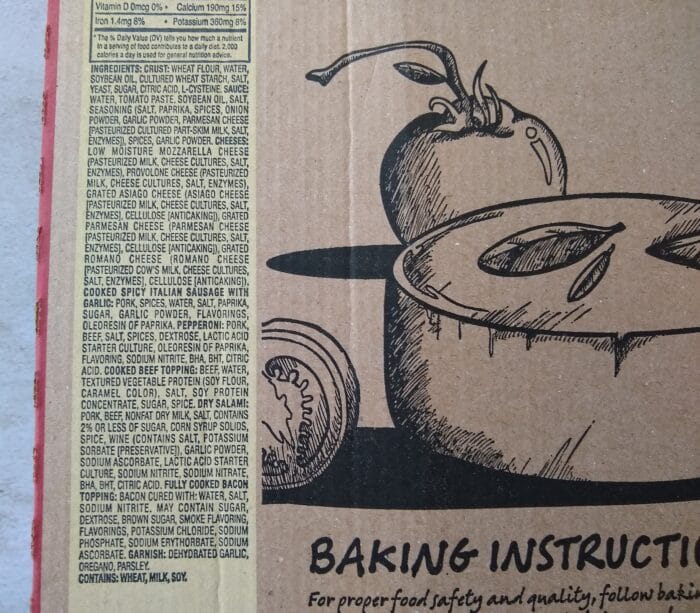 The ingredients list is fairly long but mostly recognizable. With all the processed meats and the carbs, this is not a light or healthy food.

If you’re avoiding allergens, this contains wheat, milk, and soy. 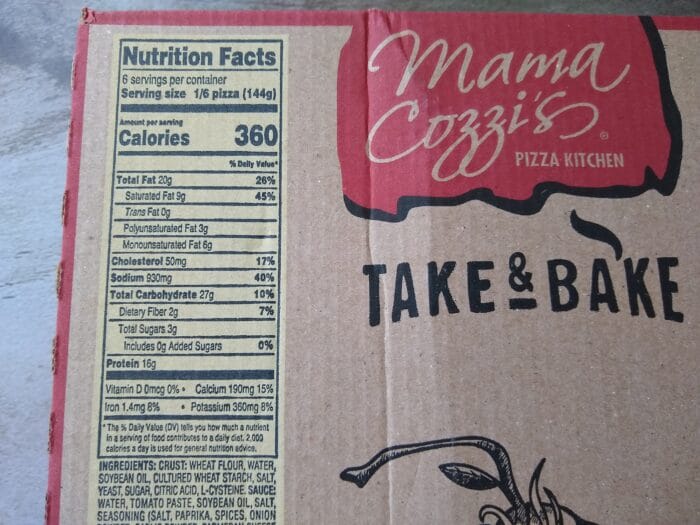 To bake, preheat your oven to 400 degrees Fahrenheit. Remove all packaging from the pizza. Place the thawed pizza directly on the center oven rack. (I use a baking sheet because I don’t need to actively do more to make messes in my oven.) Do not bake the pizza on the cardboard tray. Bake for 12-15 minutes or until the cheese in the center is melted and the crust is golden brown. Carefully remove the pizza from the oven and let cool 2-3 minutes before slicing.

Most of Aldi’s take and bake pizzas are larger than standard grocery store frozen pizzas. My oven is on the small side, so the edges of these pizzas hang off my baking sheet a little, and sometimes the edges get a bit well done. I try to rotate the pizza on the baking sheet halfway through the baking time to help evenly brown the crust, or sometimes I cut the pizza in half before baking and place it on two baking sheets. 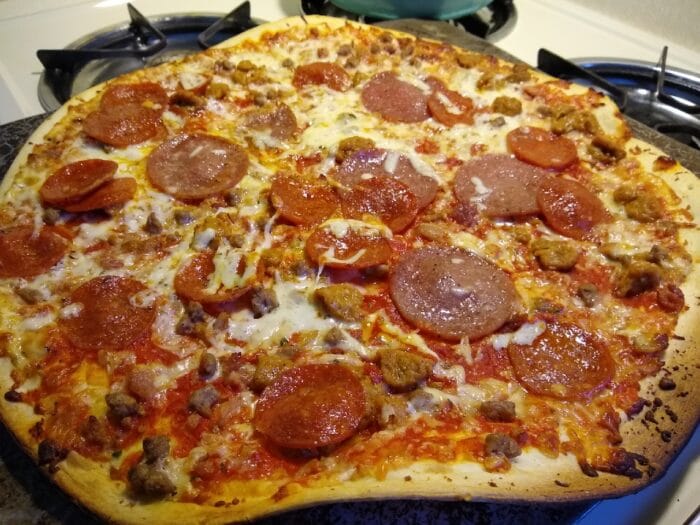 Our pizza fresh out of the oven.

This pizza is always a hit in my house, and the good thing about its large size is that there is enough for everyone to get their fill, which is not always the case with smaller frozen pizzas from the grocery store. The crust bakes up crisp, and there are plenty of meaty toppings with big pieces of salami in addition to pepperoni slices, seasoned beef, and sausage chunks. If you’re trying to avoid spending so much on takeout pizza, this is a nice compromise.