Gnomes are mythical creatures dating back to Renaissance Europe, told about first through oral tradition and later through writing and art. More recently, gnomes have become a staple of modern fantasy literature and media, from Dungeons and Dragons to Harry Potter. While not as commonplace as, say, elves or dwarves, gnomes still make appearances in fantasy media.

At some point, gnomes became a popular knickknack, particularly as lawn decorations and in fairy gardens. For reasons I can’t quite figure out, they’ve also become increasingly popular as a Christmas-themed decoration, as evidenced by all the Christmas gnomes now for sale online. Aldi even sold its own gnome-themed variation of Elf on a Shelf earlier this season with its My Friend Gnome Kit. It’s maybe not surprising, then, to see gnomes also drop into Aldi this holiday season under the Aldi Merry Moments house brand. 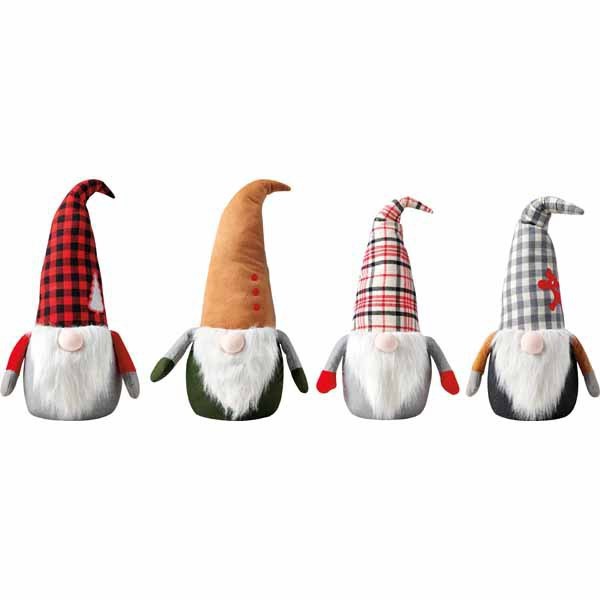 Merry Moments Oversized Gnomes (Product Code: 705300) are an Aldi Find, which means they’re only in stores for a limited time. Once they’re gone, they’re gone, and they won’t be back probably until next year, if at all. While Aldi sold a smaller gnome in 2020, this specific item is making its debut at Aldi in 2021.

The oversized gnome currently costs $19.99 each. That appears to be on the lower end of prices for oversized gnomes like these. This year they come in four varieties: Tan, Red Plaid, Gray Plaid, or Green Plaid. Each gnome stands 32.6″ tall, or a little over 2.5 feet.

Do you have experience with these oversized gnomes? Let us know in the comments.