One of my favorite cereals growing up was Life Cereal. Originally introduced by Quaker in 1961, Life has both a distinctive taste and texture. Its checkered squares, made in part from oats, are crispy with a robust crunch. They’re also a little sweeter than, say, Cheerios, but not as sweet as Cinnamon Toast Crunch or even Golden Grahams. The kid version of me thought it hit that nice middle ground for the first meal of the day.

Sometime in late 2018 or early 2019, Aldi dropped an imitation Life Cereal onto its shelves. Aldi had a decent selection of staple brand name cereal knock-offs already, so it was good to see the grocer get beyond the toasted oats and corn flakes and into something that is, maybe, a little more niche.

At first, Aldi only appeared to sell the “normal” Life Cereal, known as Life Original Multigrain Cereal. Since then, Aldi also has sold a cinnamon version of the cereal. Both are Regular Buys, meaning you can find them in stores every day. 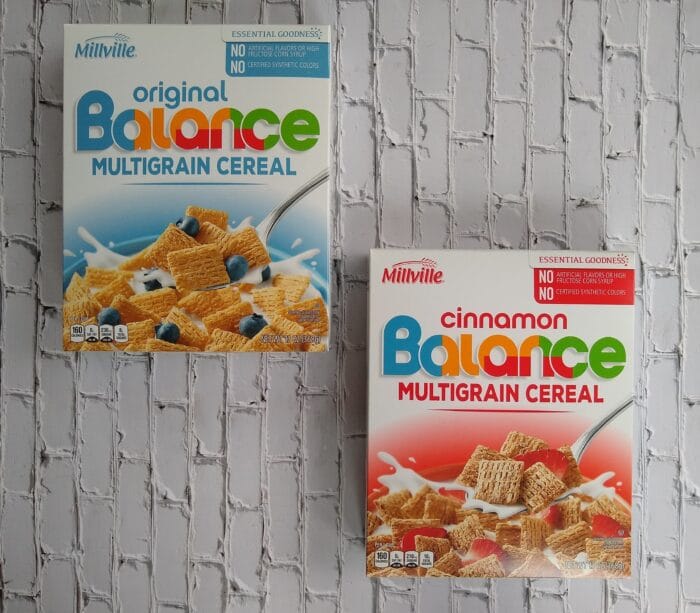 The two cereals have the same crunchy texture. Their taste is, as you would expect, a little different: original is more conventionally sweet, while cinnamon is … well, cinnamon. The nutrition information is similar for both flavors, with slight differences in sodium, sugar, and fat. Both boast having large amounts (26 grams for original, 24 grams for cinnamon) of whole grains per serving. There are some small nutritional differences between the Millville and Life Cereals in terms of nutrition, but they’re minor. 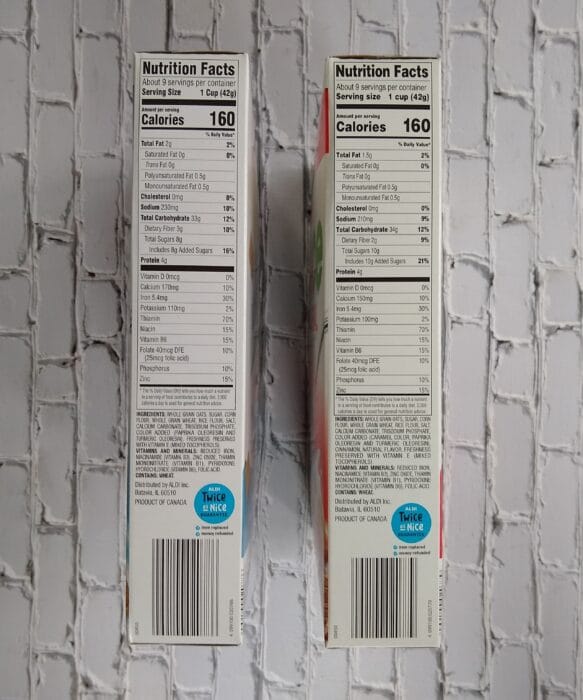 Nutrition and information for original (left) and cinnamon (right). (Click to enlarge.)

You never know how close a generic version of a name brand cereal will be, but this is pretty impressive. I’ve eaten Life Cereal my whole life and I’d be hard-pressed to tell much, if any, difference between these and the Quaker version. If you told me they were made in the same factory, I’d believe you.