General Mills’s Honey Nut Cheerios is the best-selling cereal in the United States. It sells better than its cousin, original Cheerios, and better than other big hits like Frosted Flakes or Cinnamon Toast Crunch. Its advantage, I think, lies in the fact that it is a strong blend of crunch and sweetness, with a honey flavor that complements the oats perfectly.

I grew up with Honey Nut Cheerios, so I know it’s a good cereal. I also know how hard it is to duplicate brand-name Cheerios. Generic imitations often just don’t have the same taste. For whatever reason, replicating the real deal with Cheerios is harder than most other cereals.

But when you’re talking about a best-selling cereal, other companies can’t be faulted for trying. So they do. Aldi is one of those companies that tries to create its own imitation. Millville Honey Nut Crispy Oats is an Aldi Regular Buy (or core range item), which means you can find it in stores all the time. At the time of this post, I paid $2.49 for a 19.5-ounce box. That comes out to 12.8 cents an ounce, which is currently 4-7 cents less per ounce than what I’d pay for even a large box of the brand name cereal at my local large inventory grocery store. As expected, the Aldi cereal is the better deal. 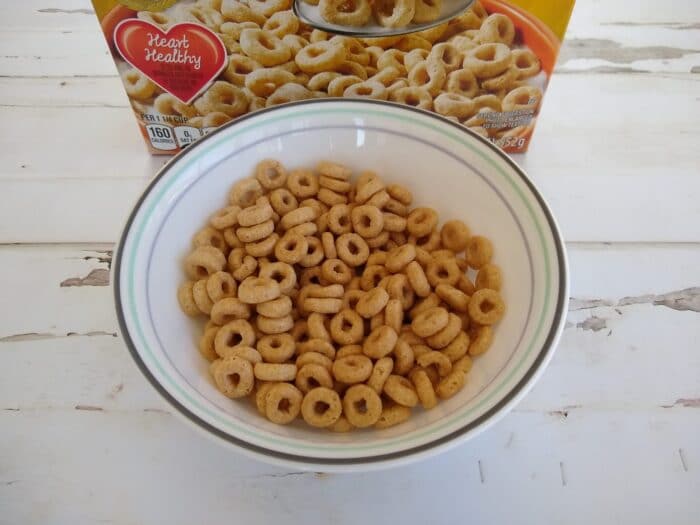 But what about taste? I don’t know if the Millville version is an exact copy of the real thing, but I’m impressed at how good it is. In my view, it’s good enough for me to get it instead of the name brand. It’s crunchy, sweet, and has all the components I’d hope for in a honey nut crispy oat cereal.

Nutritionally, it’s a similar mixed bag to what its brand name counterpart is. In one 1 1/4 cup serving, Millville Honey Nut Crispy Oats has a little bit of fat (2g), a fair amount of sodium (280mg) and carbs (33g), and a pretty high quantity of sugar (12g). On the other hand, it’s got a nice blend of vitamins and minerals as well as a little dietary fiber.

Also note that, as far as allergens go, the cereal contains wheat. It’s pretty hard to replicate Honey Nut Cheerios, but Millville Honey Nut Crispy Oats does a nice impersonation. It’s crunchy and sweet, and it’s good enough that I don’t mind getting it over the name brand. And at a low Aldi price, it’s nice on the pocketbook, too.