I usually eat cereal to start my day. My days can start fairly early, and I don’t usually have the time or the stomach for something too substantial like eggs, so a simple bowl of cereal is the default option. I’m not a fan of marshmallow cereals, but I don’t mind a little sweetness from time to time.

Cinnamon Toast Crunch aims to be just that. A child of the 80s, Cinnamon Toast Crunch was brought into the world in 1984 courtesy of General Mills and Nestle. The goal was in the name: to produce a cereal that tasted like cinnamon toast. I’m not sure if they really succeeded, but the cereal nevertheless proved a success in its own right, becoming a staple on grocery shelves.

Aldi has a good selection of knock-off cereals under its Millville label, and one of them is its take on Cinnamon Toast Crunch. It’s an everyday Regular Buy, meaning you can find it on shelves all the time. 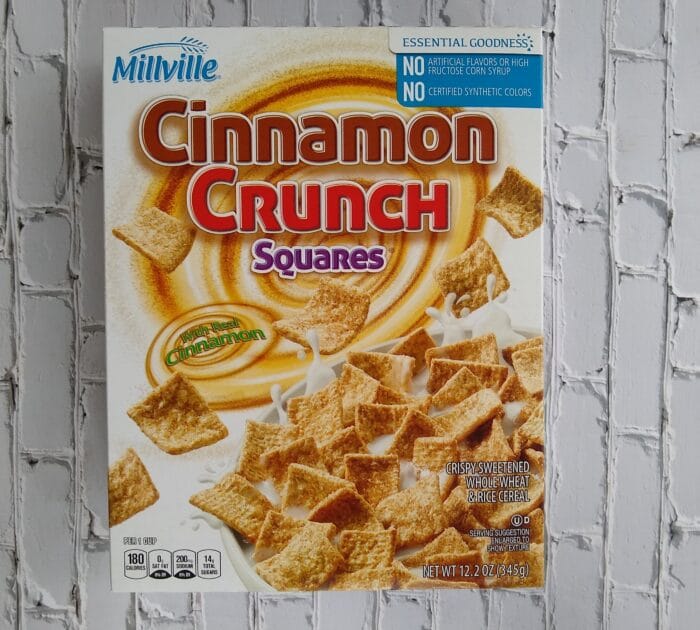 Millville Cinnamon Crunch Squares are, at the time of this post, $1.39 for a 12.2-ounce box. That comes out to 11.3 cents an ounce. The Mega Sized Cinnamon Toast Crunch is currently 17.1 cents an ounce, so from a cost perspective the Aldi version is the far better deal.

Nutritionally, this cereal is fairly high in sugars, with 14 grams of added sugars per serving. This is similar to, but not identical, to the name brand Cinnamon Toast Crunch. 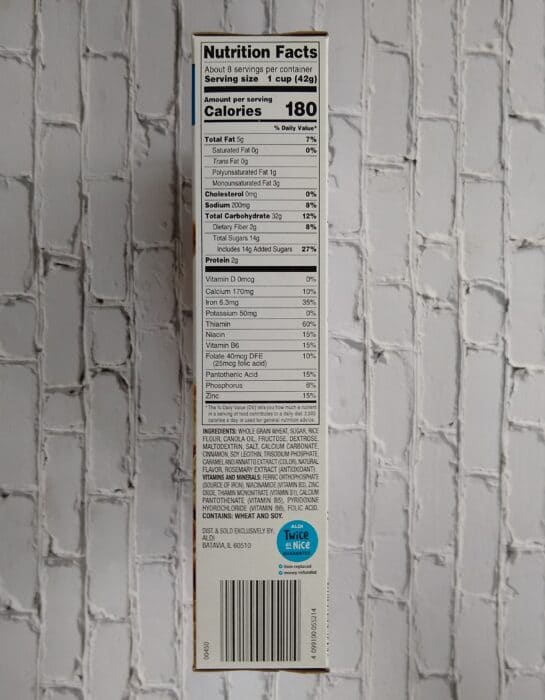 Millville Cinnamon Crunch Squares aren’t a perfect duplicate of Cinnamon Toast Crunch, but they’re close. Maybe just as importantly, they’re a good cereal in their own right and they’re a lot less expensive than Cinnamon Toast Crunch. If you’re someone who insists on the exact taste, you’ll probably want the name brand, but if you’re okay with a small difference in taste for a bigger difference in price, this is worth a look.