I have a slight addiction to Aldi house plants. They add a touch of beauty to my home. They add oxygen to the air inside my home, and they add some humidity during the dry winter months. They’re also so inexpensive that it’s not a big deal if I accidentally kill a few. So I usually can’t resist when Aldi rolls out house plants as Special Buys (ALDI Finds) at various times throughout the year.

Let’s go on a tour of my Aldi house plants …

The most exotic Aldi house plant I ever bought was a venus fly trap. It cost $5 and survived for several months before it withered, but my kids and I had fun with it while it lasted. We made many attempts to feed it small bugs. 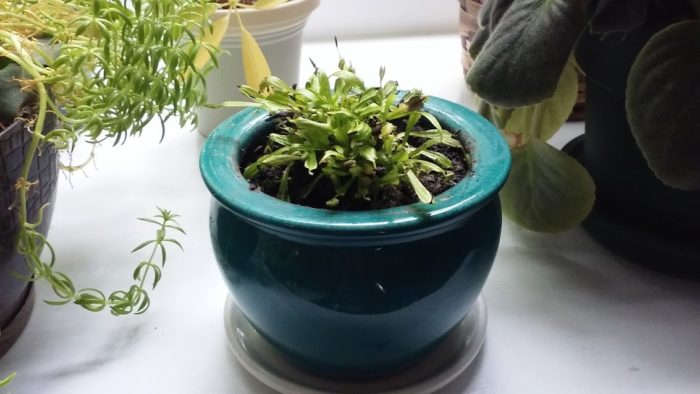 My husband sometimes likes to buy me orchids from Aldi for Valentine’s Day. Aldi usually sells them for $9.99, which is a better deal than you’ll find in most other stores. Years ago, I purchased two orchids from a big box retailer for a higher price, and they died within a year. My two Aldi orchids live on, though. In fact, one orchid my husband bought me more than a year ago recently bloomed again, from February through early July this year. The great thing about orchids is that the blooms last for months. 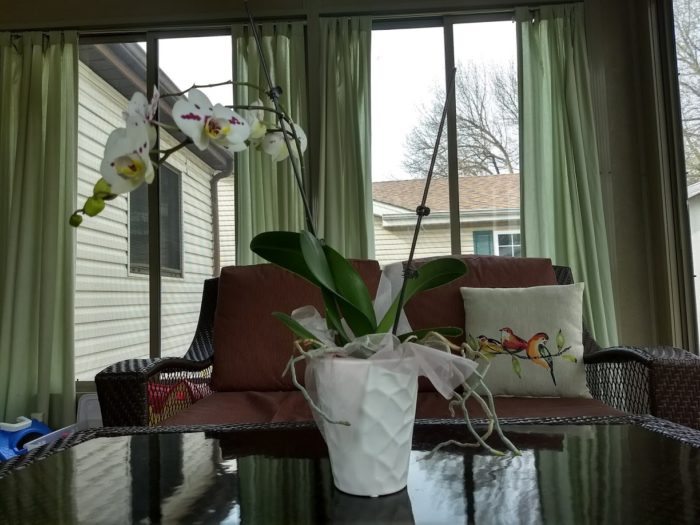 I’ve owned this orchid from Aldi for 1.5 years and it recently bloomed again. The blooms last for about six months. Amazing! 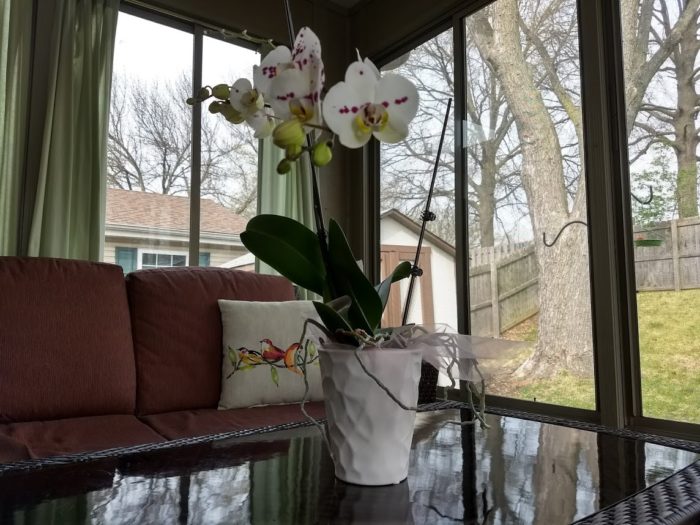 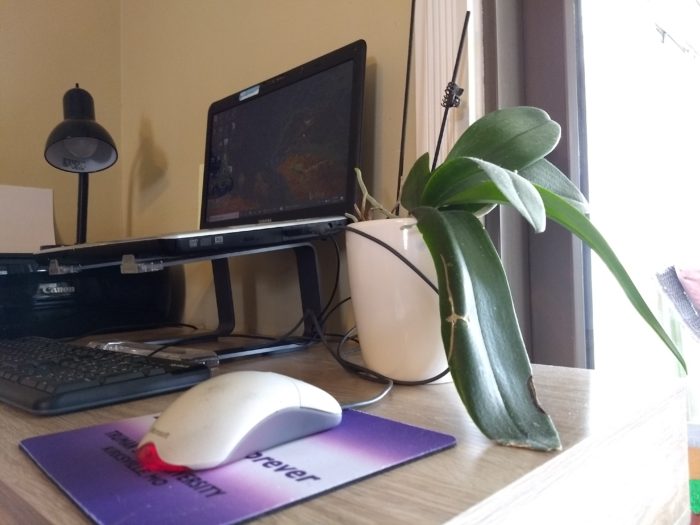 This is my other orchid from Aldi. It looks healthy, but it hasn’t bloomed in more than two years. Maybe someday …

I’ve got a $1.99 Arbicola / Umbrella Plant in my bathroom. It’s been around the house for a couple of years. 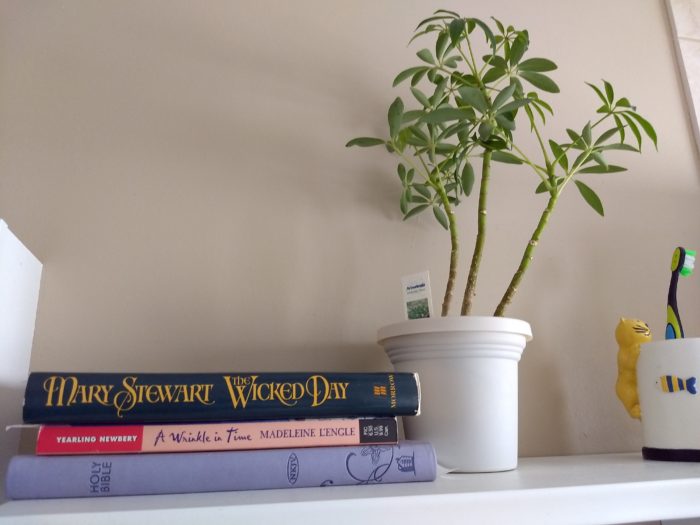 Succulents are enjoying popularity right now as home decor accessories, and Aldi has kept up with the trend. Several years ago at Aldi I purchased a cute pot planted with a variety of small succulents. The succulents had been on store shelves for a while. They were wilted, dry, and deeply discounted. I took the pot home and watered it, but some of the plants died a slow and lingering death, and only one succulent lived. I still counted it as a mostly successful venture, though. 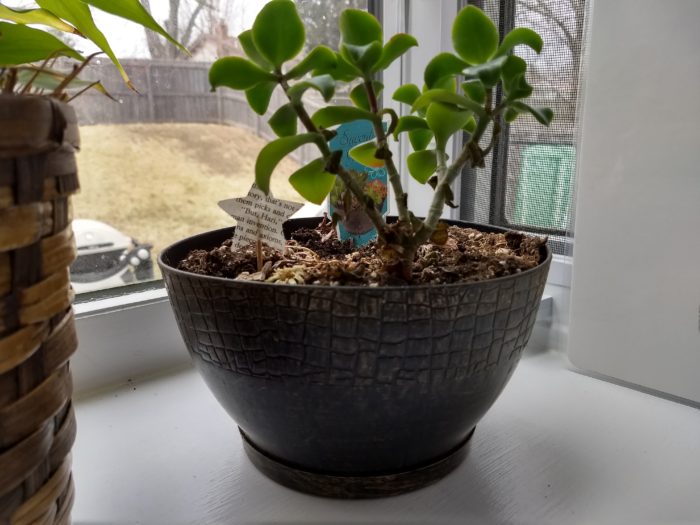 The one plant that lived.

Then, when Aldi sold some mini succulents for $1.99 each this summer, I bought two and added them to the older pot to fill it up. 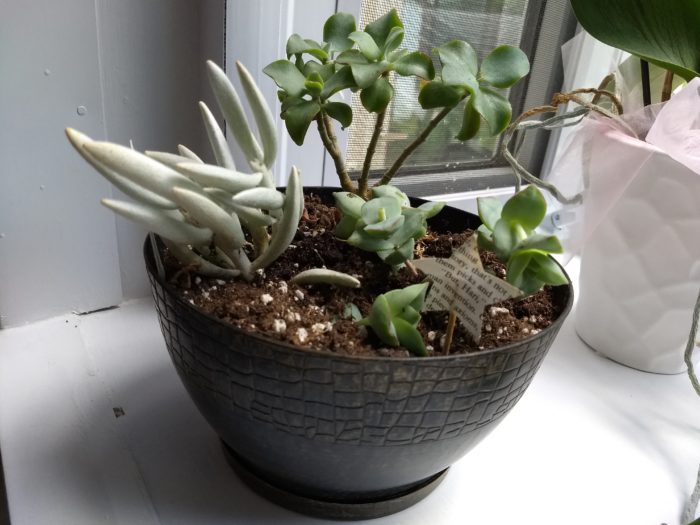 I also bought the mini succulent pictured below. It is cute and very tiny, and I placed it inside a turtle candle holder that belonged to my grandmother who recently passed away. When I saw the mini succulents in the weekly Aldi ad, I just knew that one of them needed to go in this turtle container. Grandma loved turtles and collected many turtle figures, and I feel happy every time I look at this colorful turtle and matching plant. 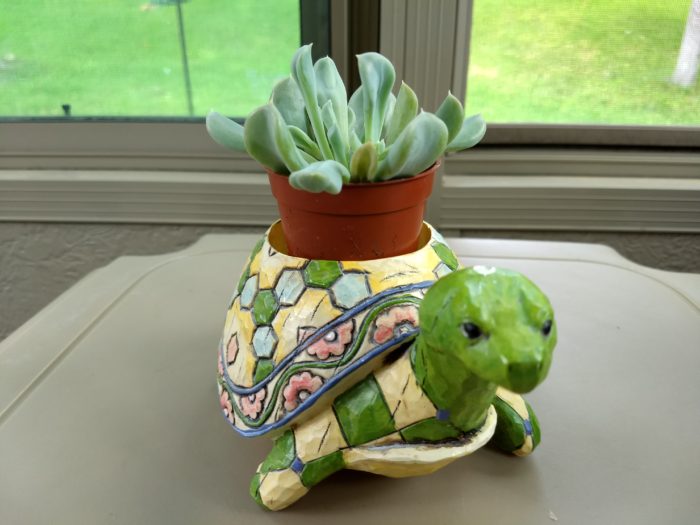 I added a Christmas cactus to my plant collection during the holidays last year. We’ll see if it blooms again this December. By the way, the candle in the photo is also from Aldi. 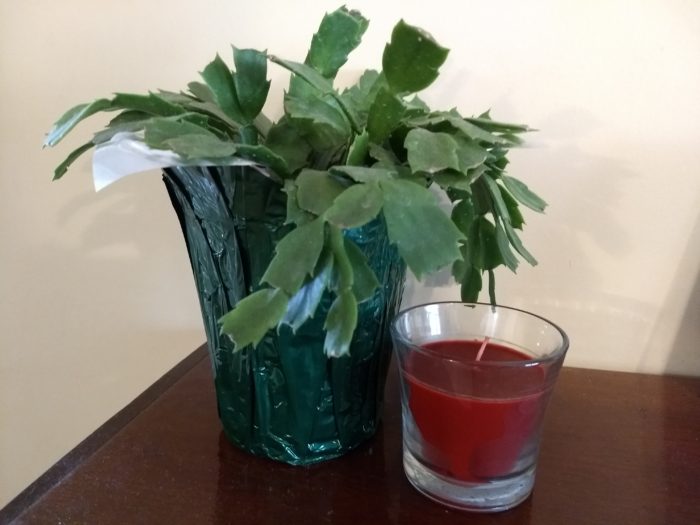 I’ll throw in one last picture of this little guy as well. Last spring, I bought a hyacinth in a pretty glass jar for $2.99 from Aldi. It was a house plant during the Easter season, and then it eventually got planted next to another older Aldi hyacinth in a flower bed outdoors. 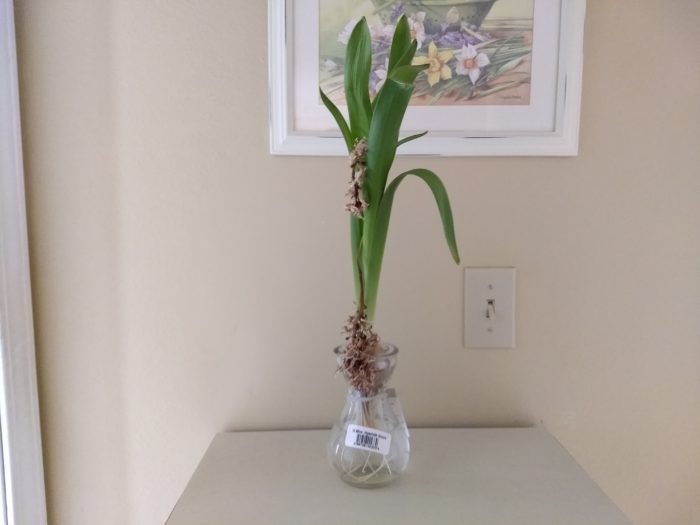 I say the more, the merrier when it comes to affordable house plants.

Do you own any house plants from Aldi? What are your favorites? Which ones have lived the longest or bloomed the most? Let us know in the comments.