In 2002, a young surfer, frustrated with the lack of availability of an affordable camera for action shots, created the company GoPro, which began developing and selling cameras designed to be used right in the middle of the action, not just from the sidelines. To this day, GoPro cameras — which have evolved over the years from film cameras to full 4K digital devices — are synonymous with first-person views of great action shots. Thanks to them, you can now watch videos of skydiving, surfing, roller coaster riding, and other adventures as if you were the one doing it.

GoPro has spawned a host of imitators, many of them out to undercut the company on price. Aldi has been one of those imitators: in 2016, the company launched the Bresser HD Action Camera. Since 2017, Aldi has released its action camera under its in-house Maginon label. 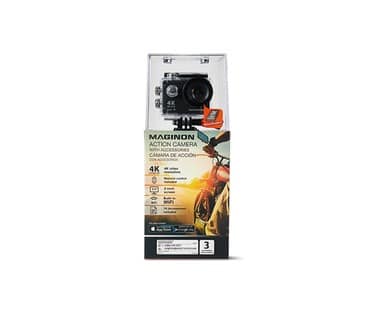 The Maginon Action Camera is an ALDI Find, meaning it’s only in stores for a short time. In 2019, the camera sold for $69.99. That’s the same price as 2018 and $10 more than the camera was in 2017. The current price puts it at a lot less than a GoPro, and in the same price range of other imitation action cameras.

In 2017 and 2018, Aldi sold its action camera in July. 2019 marks a departure, as the camera was sold in December, just ahead of the Christmas holiday.

The camera is backed by a 3-year warranty, serviced by Protel, a common Aldi after-sales support company.

The device is capable of 4K video resolution. It has a 2-inch screen and built-in Wi-Fi.

According to Aldi, the action camera is a 19-piece set that includes: 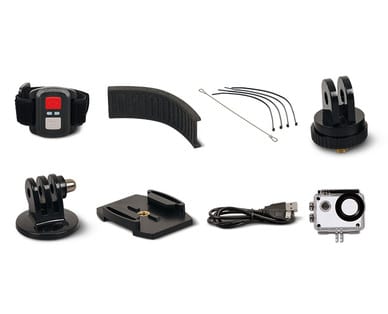 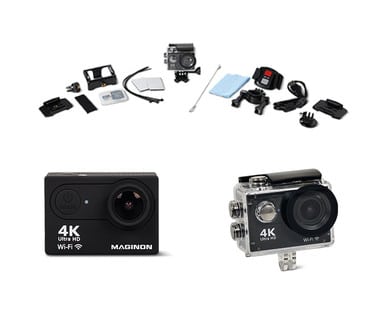 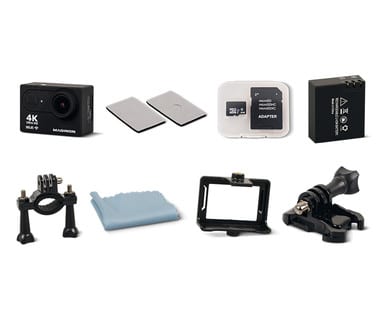 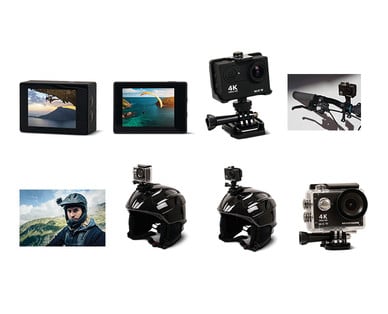 Because this is an open thread, it means we haven’t put the camera through the paces ourselves. We don’t know if it stacks up to a GoPro — or even one of the imitators out there — in terms of video quality, ease of use, or durability.

Do you have experience with this action camera? Let us know in the comments!