Many years ago, when my children were very young, there was a local mall that had a Tex-Mex restaurant. It wasn’t the greatest restaurant, but it was good. The atmosphere was relaxed and the waiters and waitresses were kind. I have fond memories of eating there with my growing little family.

The restaurant and the mall are gone, but the memories remain. For me, those memories include my favorite item on the menu: fajitas. As with many eateries, the fajitas came out on a sizzling plate, a beautiful spread of meats and veggies, all ready to be assembled into a tortilla. Even when I have fajitas at other places, I still think of that little restaurant.

I love how I can make fajitas at home, even using all Aldi ingredients. The best way is with my own ingredients, but Aldi is known to sell shortcuts, too. We’ve tried out the Aldi shrimp variety, for example, which is good. Recently, Aldi added another fajita option to its shelves. Better yet, this one is available in the store all year long. 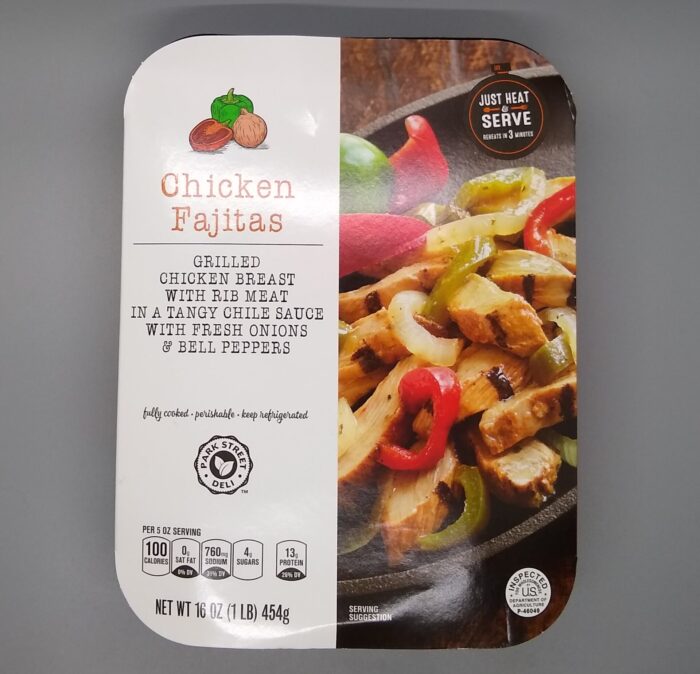 Park Street Deli Chicken Fajitas are an Aldi Regular Buy, which means you can find them in stores every day. At the time of this post, a 16-ounce container costs $6.49, or about 40 cents an ounce. You can find them in the grocer’s refrigerated section. (In case it wasn’t obvious, there are no tortillas included) These fajitas are sold alongside some other meat options, including burnt ends, pulled pork, and pulled beef brisket.

The fajitas container notes that it can be frozen. However, the instructions say it should be defrosted before being cooked. To defrost, it says to place in the refrigerator for at least 12 hours and to use the product within 3 days of defrosting.

There are two ways to cook the fajitas: microwave (recommended) and stovetop. To cook in the microwave, first remove the paper sleeve. Then, puncture the inner pouch; this will let steam escape during heating. Next, microwave on high for 3 minutes or until hot. Once hot, (carefully) open the bag and put the contents into your serving dish.

To cook on the stovetop, heat water to a soft boil. Then, place the bag in the water for 15 minutes. Using tongs, remove the package from the pot. Next, let the bag rest for 2 minutes before opening. 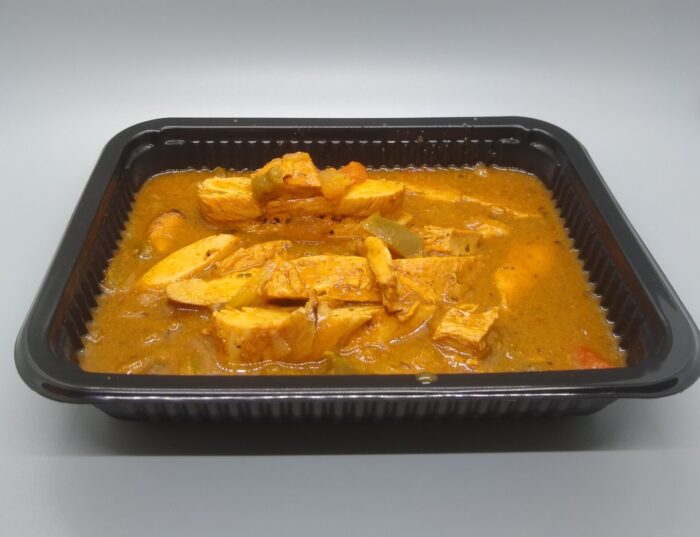 Our family liked them. The chicken was flavorful, with a little spice but not too much. One family member noted they were spicier than other fajitas they’ve eaten, but they weren’t too spicy. The accompanying peppers and onions complemented the meat nicely. Texture-wise, things were maybe a little softer on account of being microwaved in sauce, but it wasn’t bad. We ate the fajita filling on flour tortillas with a little sour cream, and they were tasty.

One negative: this isn’t a large serving. The box claims to serve three, but our three fajitas were not that big. Adequate, yes, but just barely. Really, this is better for two, and even then you’ll want to make sure you’ve got other side dishes such as rice or chips and salsa to go along with it. 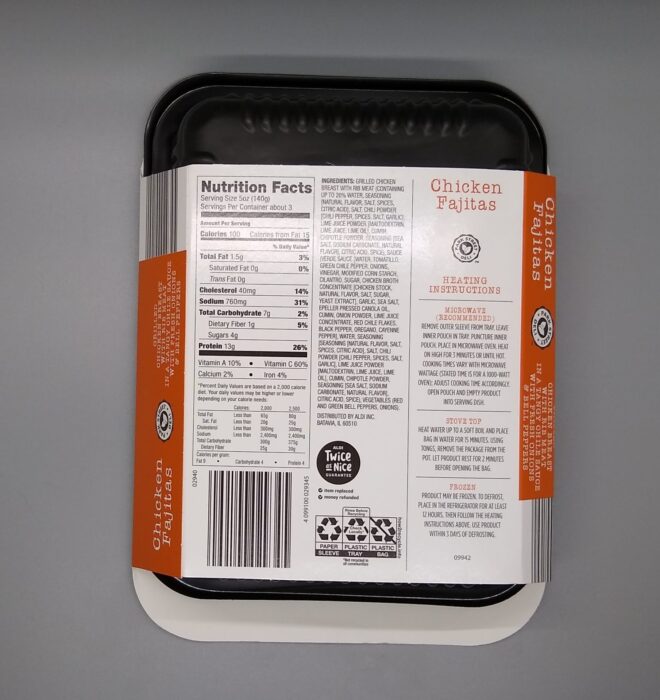 Park Street Deli Chicken Fajitas are a tasty and simple way to get a fajita fix. They microwave up in a few minutes and our family liked them. They don’t go as far as we’d like, but you can make three small fajitas out of the package. Just remember to pick up some tortillas.