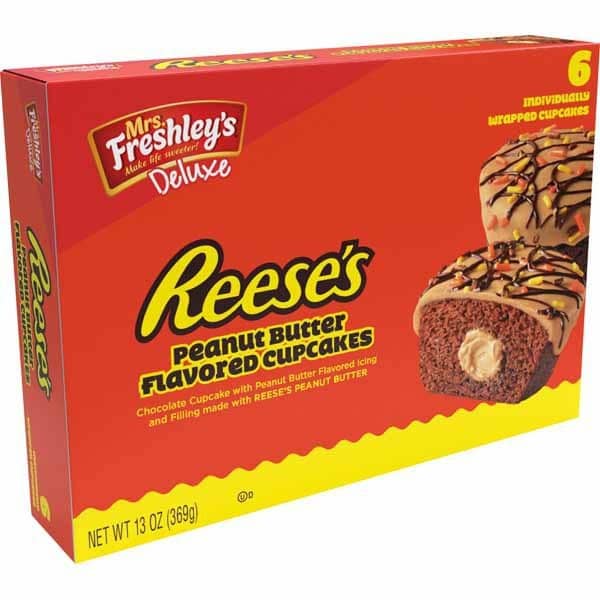 A few months ago, I picked up a box of Reese’s peanut butter cupcakes at Aldi on a whim. With their combination of creamy peanut butter filling, chocolate cake, and a smooth frosting on top, they just couldn’t be beat.

I kept them on my spare pantry shelves in the laundry room, saving them as long as I could, and I finally pulled them out on a family movie night. These rich and filling cupcakes were a hit and didn’t last long. Other Aldi fans liked these as well based on comments I saw on social media. They’re not the same as a peanut butter cup, but they’re satisfying just the same.

That was a while ago, and like many products at Aldi, the cupcakes soon sold out. But now they’re coming back.

These are an Aldi Find, which means they’re only at Aldi for a short time, and once they sell out, they’re gone and that’s it, and you’ll have to wait until the next time Aldi decides to sell them.

These cupcakes are not exclusive to Aldi, though, and you may be able to find them at other retailers such as Walmart, Amazon, and Sam’s Club.

Mrs. Freshley’s began in 1994 and is now a subsidiary of Flowers Foods, headquartered in Thomasville, Georgia, which is behind baked good brands such as Nature’s Own, Wonder, Bunny Bread, and Tastykake. According to their website, Flowers Foods is the second largest producer (behind Grupo Bimbo) of packaged bakery products in the U.S. Mrs. Freshley’s specializes in selling baked goods in grocery stores and vending machines, and its products include donuts, brownies, cinnamon rolls, honey buns, fruit pies, snack cakes, and other desserts. Mrs. Freshley’s introduced the Reese’s Peanut Butter Cupcakes to its lineup in 2016.

With all of that said, if you want to try these chocolate and peanut butter cupcakes at Aldi, you’ll need to hurry in. They probably won’t last long. But the good news is that if you miss them, with a little legwork you can probably find them at other stores besides Aldi.