Aldi has come a long way from being the store known for a lot of processed and less healthy foods, as it was during my childhood. The grocer has increased its selection of fresh foods, produce, organic items, and healthier options throughout the store from the notorious first aisle of snack foods all the way to the freezer section. It seems like there’s always something new to try, and it’s not uncommon for new arrivals to feature familiar ingredients presented in novel ways.

One of the more recent arrivals Aldi fans have been chatting about on social media is the Simply Nature Coconut Cashew Crisps. I picked up one of each flavor to try during my weekly shopping trip. 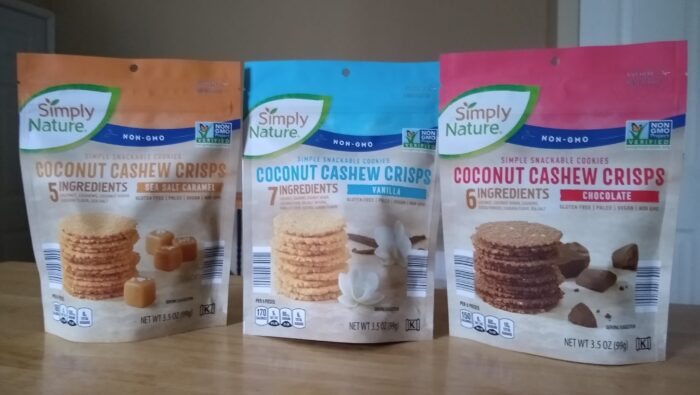 The coconut cashew crisps are pricey, at $2.99 for a 3.5-ounce package that contains 3.5 servings, or about eight pieces per serving. That comes out to about 85 cents per serving. These are Regular Buy products, which means they’re in stores all the time and not just during certain times of the year.

They still contain some sugar, so I’m not sure how healthy they really are, but they advertise simple whole ingredients, and the ingredients lists are short with only five to seven items depending on what flavor you buy.

I like to pack these as a healthier lunch box option for my kids, and that way I can portion them out so a whole package doesn’t get eaten in one sitting. They are surprisingly filling, probably owing to the fact that they contain nuts. They also are delicate and crumble easily, so if you pack them for an on-the-go lunch side or as a snack, be sure to put them in a container that will protect them from getting crushed or beat up too much (although they might make a good ice cream or yogurt topping if they do get crushed).

They are advertised as gluten free, paleo, vegan, non GMO, and kosher. People with allergies should be aware they contain coconut and cashews.

Here’s a closer look at each flavor. 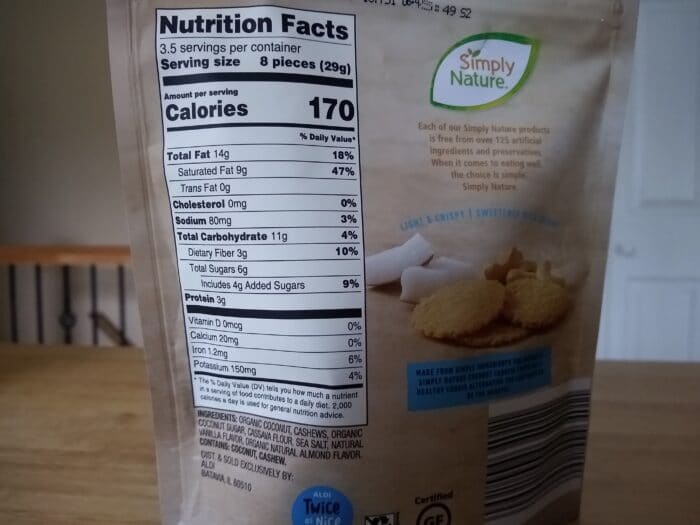 This was a popular flavor among my family members. It’s light, with nice vanilla notes. I wish it didn’t have the natural vanilla and natural almond flavors, which is the same as natural flavor, which basically chemicals created in a lab. This is the only coconut cashew crisp flavor that contains natural flavors. 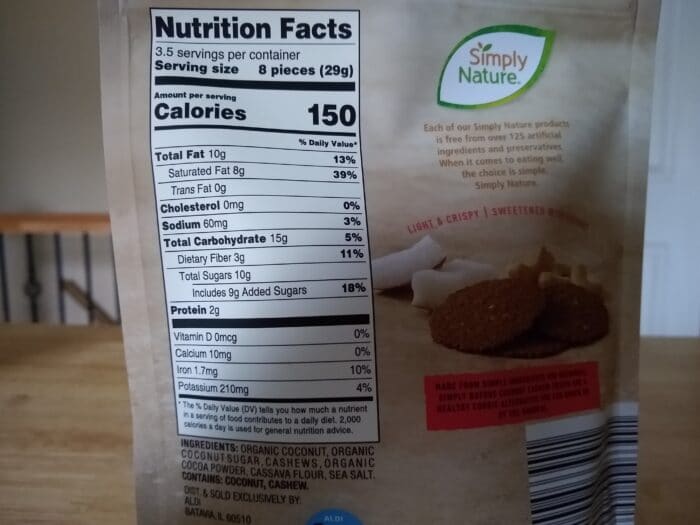 These have a chocolate flavor bordering on almost bittersweet like dark chocolate. They were my least favorite flavor, but if you’re a fan of dark chocolate, these may be perfect for you. 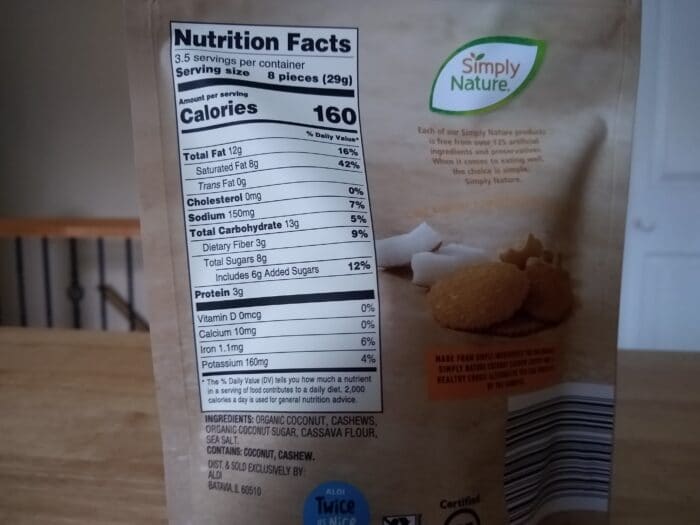 These were my favorite flavor. I’m not a huge fan of salted caramel-flavored foods, but these were fantastic. They were sweet and buttery-tasting, with slight vanilla-like notes and just a hint of saltiness.

Simply Nature Coconut Cashew Crisps are a unique alternative to traditional white flour-based cookies. They come in vanilla, chocolate, and sea salt caramel flavors, and they contain whole, simple ingredients (other than the vanilla flavor that has natural flavors). They’re worth a try if you want something sweet and not quite so bad for you.